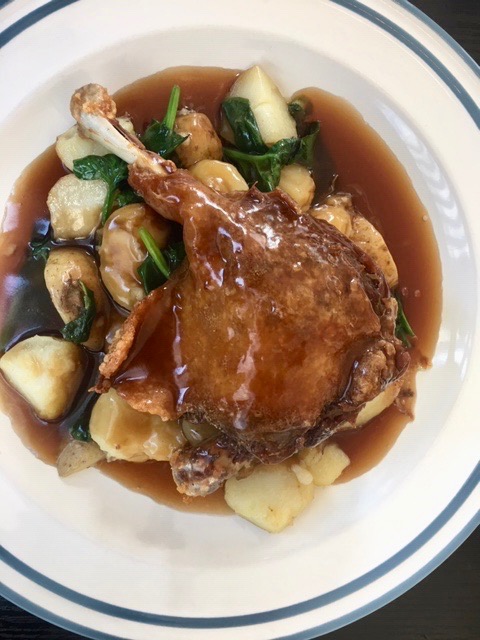 My bags are packed. I’m ready to go. Groucho Marx once claimed he was leaving the city because the weather was too good. “I hate London when it’s not raining.”

Well, Mr. Marx, Mother Nature threw everything at me – wind, rain, cold and, now, sun. This past week 96 camellias popped open on a nearby bush in my front yard. I’m leaving this Chelsea flat rental with my treasure bank stuffed with joyful memories.

When I crossed the Pond before with Michael our focus was on all things Winston and Windsor. Military and monarchy. We dropped too many American dollars at flea markets/antique shops and always left London smiling. This time it was about museums, galleries, theatre and tea time. Although I’m prone to attack each day as if it were my last, I still came up short!

Melissa joined me for a week. She wish-listed, I organized and we concocted a killer itinerary. As a tea drinker, she first picked a Masterclass Tea Experience offered by Twining’s. Although I’m an 8-mugs-a-day coffee addict and know nothing about T-E-A, I booked it.

Julia, our instructor, shared tea’s historical story, followed by a tasting session. Melissa and Julia bonded over, well, everything. I found its history fascinating. Here’s the short form: 1) Discovered in China in 2737 BC; 2) Introduced to England by their Portuguese Queen and wife of Charles II in the 1660s; 3) Tea quickly became the national beverage; 4) Today Brits drink 165 million cups of tea a day (60.2 billion annually) as opposed to 7 million cups of coffee.

During WW I, tea was scarce, a morale catastrophe for the English. With WW II approaching and lesson learned, Churchill stockpiled tea. By 1942 the British government had purchased the world’s entire supply of black tea. During the war, Julia told us, there was always enough tea for the soldiers, hospitals and Red Cross workers, a definite morale booster.

“There were three things during the War we evacuated to the countryside for safe keeping,” Julia said. “First, the tea. Secondly, our priceless museum objects. And, third, the children. In that order.”

Few cities can rival London productions and the venues where they’re produced. I saw five. Our bookends were The Mousetrap, the classic Agatha Christie mystery that’s run continuously in London’s West End since 1952. Totally English crowd. Doesn’t get better than that!

Everybody’s Talking About Jamie This award-winning musical was inspired by the 2011 BBC documentary, “Jamie: Drag Queen at 16, ” about a Sheffield boy who was non-binary. We all recognize being ostracized and bullied. This play was a magical lesson in acceptance. The audience, primarily English, was filled with teenagers and lots of families. Loved this experience.

Also, Hamilton. Hooray to the Brits for laughing and clapping at the portrayal of George III, the play’s royal funnyman. In addition, The Book of Mormon and Tina, the Tina Turner Musical, coming to Broadway next fall.

I visited parts of 6 museums: the two Tates, Britain and Modern; the National Gallery and National Portrait Gallery, Victoria & Albert and Sir John Sloane’s. The historic house, museum and library of Sloane, a renown 19th-century classical architect, is filled with his exceptional collection of art, sculptures, furniture and artifacts.

Since these museums are overwhelming, some thoughts, especially if you are alone: 1) Take advantage of the docent talks/tours offered. I joined many but a V&A architectural tour was especially fantastic. Prince Albert reigns! 2) Does the museum have a special restaurant? Make it your lunch stop. Surprisingly fun. 3) If there’s a highlighted exhibition, see it. At the V&A we saw the Christian Dior retrospective, the biggest Dior show ever staged in the UK and one of a string of exhibitions around the world that reveal Dior’s extraordinary popularity.

“Travel makes one modest. You see what a tiny place you occupy in the world.” – Gustav Flaubert