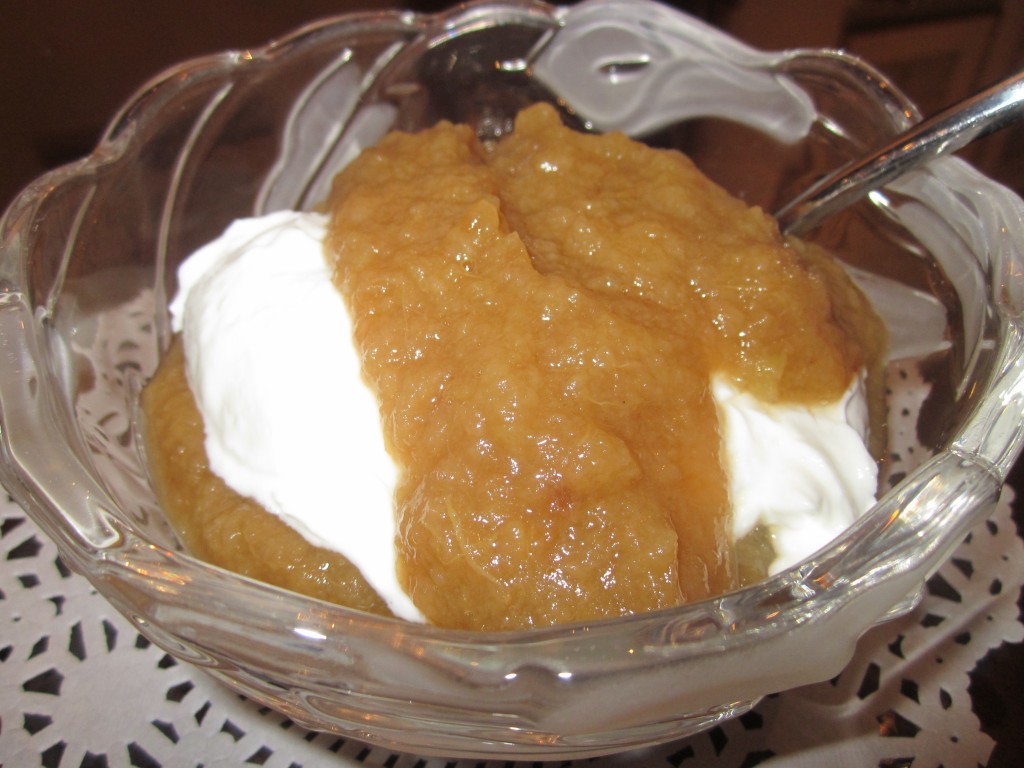 From the get-go, when Chestnut-Pear Soup was chosen to be the November 15th French Fridays with Dorie recipe, I put myself in the not-going-to-happen column. This soup, to my thinking, was a bubble off.

But having taken the pledge to not be a doubting Dorista, I finally sourced a 16-ounce jar of chestnuts ($26.31 at Aspen’s Butcher Block), picked up two ripe juicy pears, onions, leeks and celery and pulled out my Dutch oven. Within an hour, I sampled a most delicious and complex winter soup. Because I prefer my cold weather soups a tad chunky, I cut my broth (chicken or veggie) by 2 cups. Your choice. 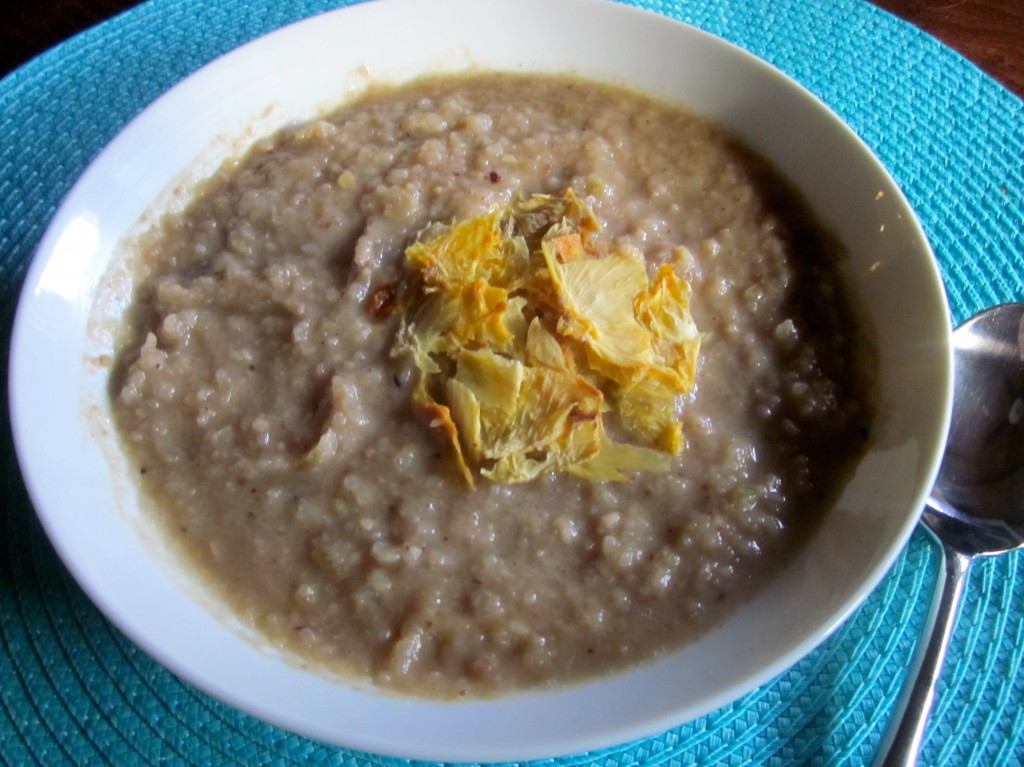 For a cold winter’s day, I’m smitten with Chestnut-Pear Soup.

Chestnut-Pear soup now hangs out with Marie-Hélène’s Apple Cake and Moules Marinière as my top three fave recipes in Dorie’s Around My French Table Cookbook. A tip, serve it steaming hot.

Since I was traveling last week, I made but wasn’t able to post Compote de Pommes Two Ways.  In the Midwest we always called this applesauce, something my mother made and my daughter and I still often make during the fall/winter seasons. The French cook their compote longer and tweak our Iowa-version by adding brown sugar, vanilla, and…….. butter. Adding anchovies to pot roast is one thing but butter to applesauce? Not so sure. It was tasty, however, and even better when mixed with Greek yogurt.

No post last week because my friend, Donna Grauer, joined me on a 2500-mile odyssey to visit three presidential libraries for an ongoing research project of mine. Our destinations were Abilene (Eisenhower), Independence (Truman) and Little Rock (Clinton). Since Donna is from Little Rock and still has family there, I asked her to join me. Occasionally I have lightbulb moments and including Ms. Little Rock on this trip was just that. 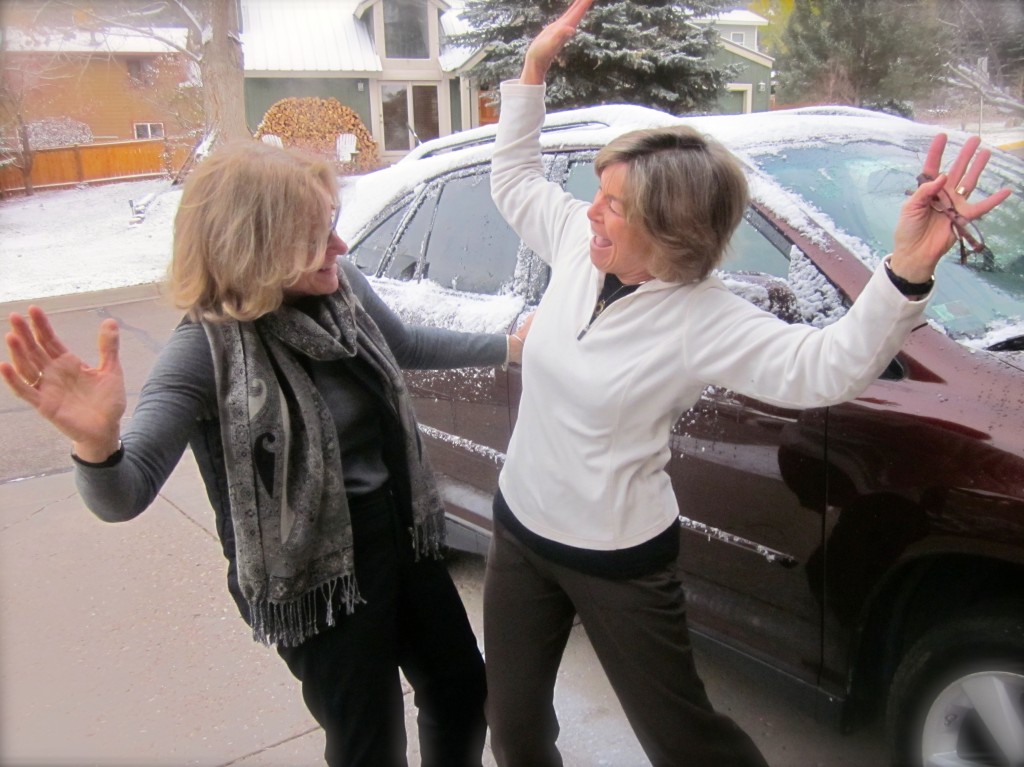 Day One: WE CAN DO IT. Leaving cold, snowy Colorado and headed 650 miles to Abilene, Kansas.

First, it’s important to know that Donna is an accountant (now retired) who worked for a huge Houston-based real estate firm that developed one of our local ski areas. That translates to her being organized, thorough, meticulous and, well, just accounting-ish-like. And, that translates to this entire trip being laid out on a spread sheet. (I am not kidding.) 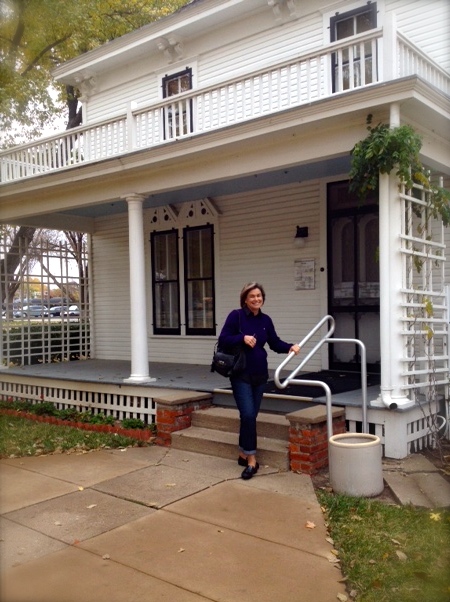 Day Two: I Like Ike. We toured the tiny house where Ike and his 3 other brothers were raised.

Although AAA mapped our trip, Donna used Mapquest to calculate our daily mileage needs for programming my car’s Garmin GPS.  She researched and booked Bed&Breakfast lodgings and also put together an invaluable trip notebook. We each bookmarked not-to-be-missed restaurants. Prior to leaving, I read McCullough’s tome on Truman while she read Jean Edward Smith’s book on Ike. We brought along CD’s on Clinton, Churchill and World War II – enough material for 2,500 miles. 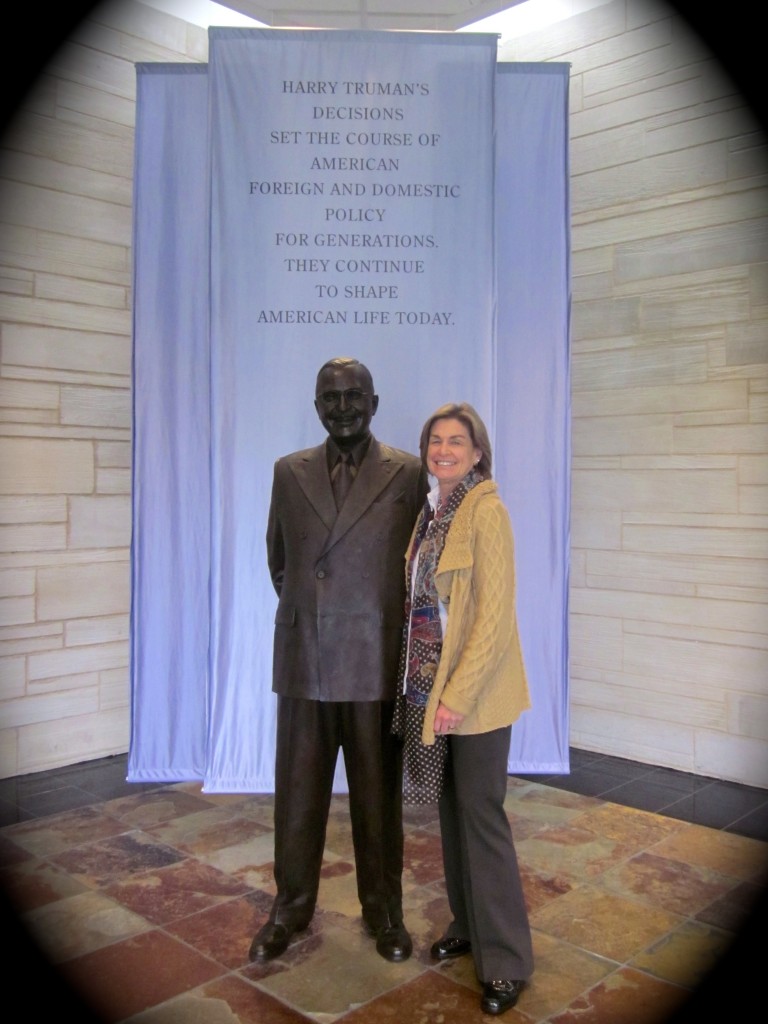 Day Three: Give ‘Em Hell, Harry. A life-sized Harry Truman at his most impressive library.

Since our itinerary was ambitious and with safety in mind, this trip needed to work like clockwork. We not only spent a day each in three incredible libraries but also savored our side trip to Alice Walton’s Crystal Bridges Museum of American Art. Donna graduated from Little Rock High so she guided me through that school’s civil rights history and the monuments honoring it. 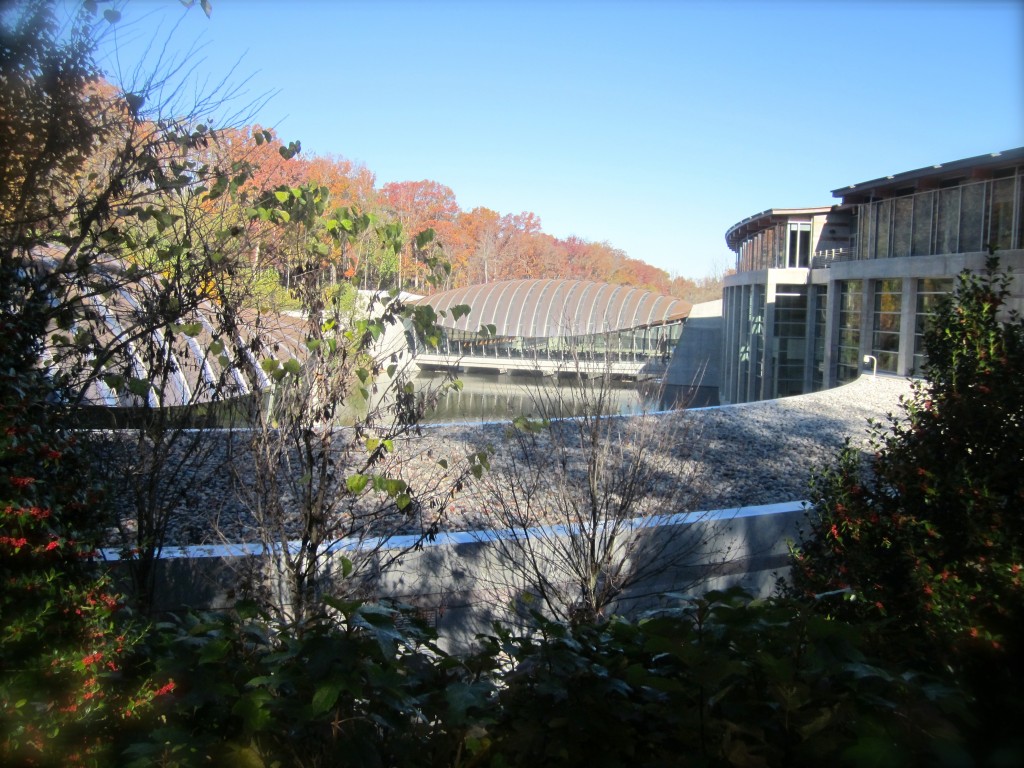 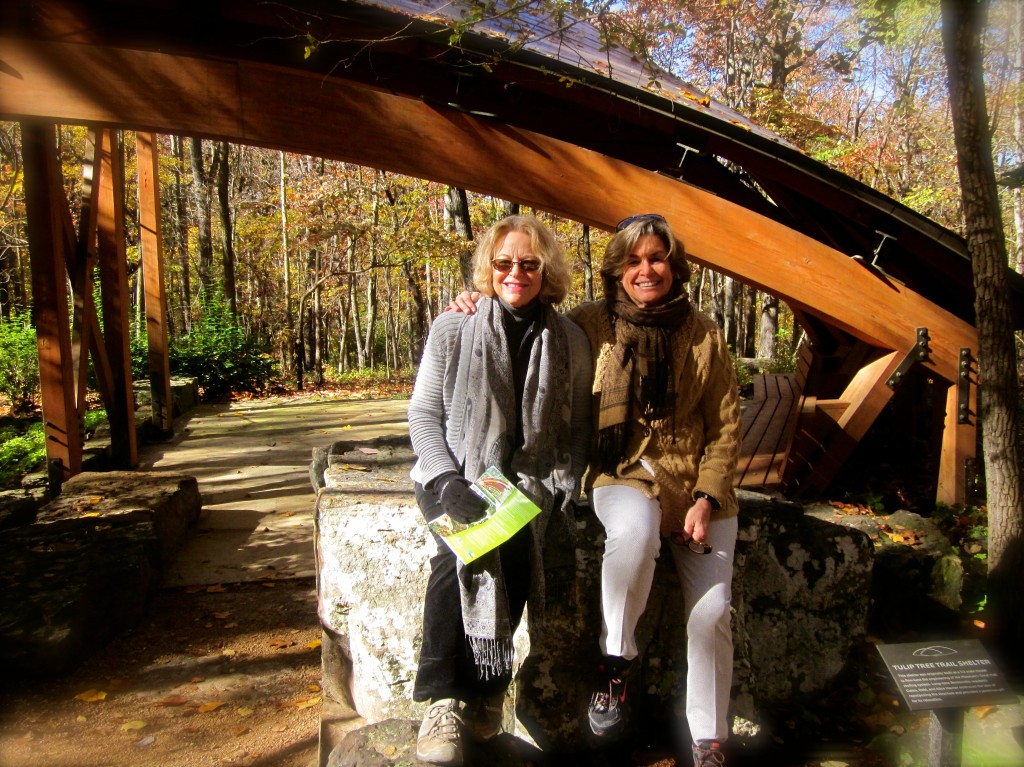 Donna and I got up early to hike the beautiful Art Trails at the Museum before it officially opened. The museum is free with no admission charges at all.

As these pictures demonstrate, it was a week’s journey through the histories of two world wars, two centuries of American art and the civil rights movement. Even Donna and I were amazed we could make it happen. Since she and I are all about fun and laughter, it was also hilarious at times.  What I continue to believe is these presidential libraries are indeed the uncrowned, ignored jewels of our country’s memories. I also realized there is still much for me to see and learn about this country, even in the plains of Kansas, Missouri and Arkansas. 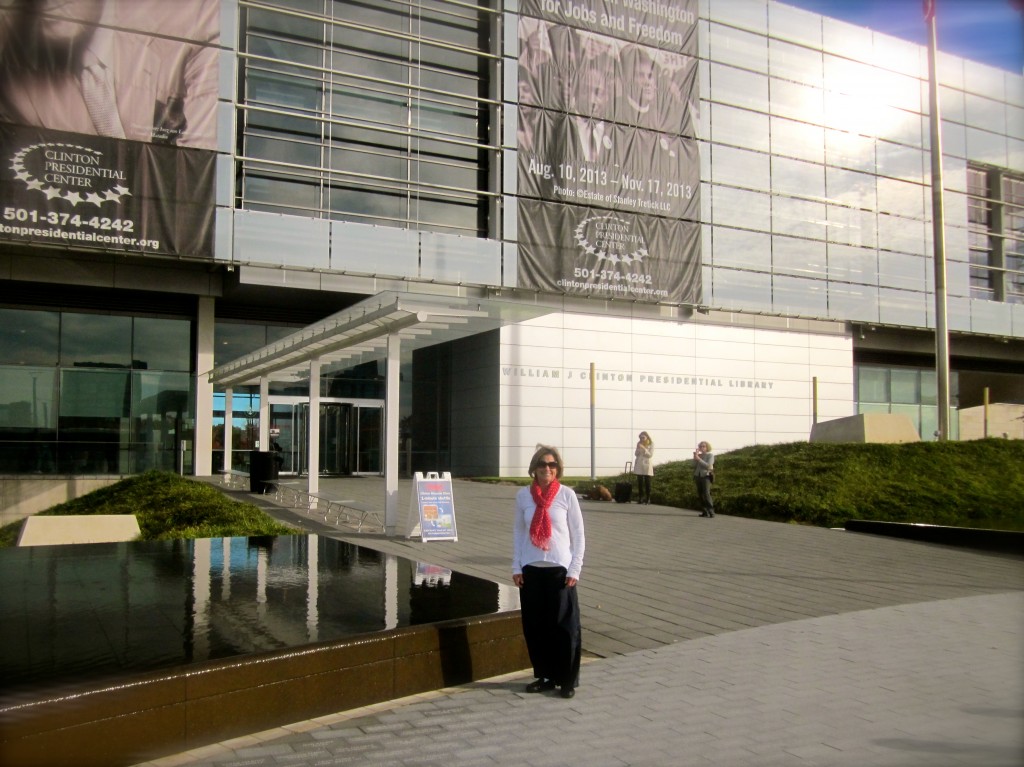 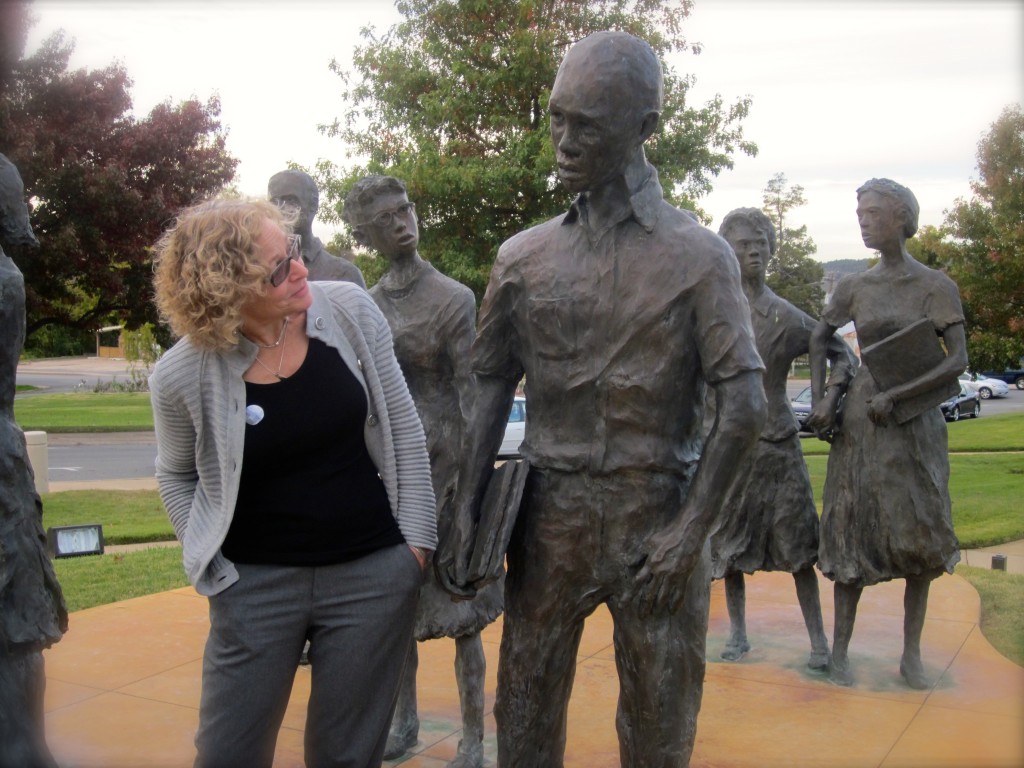 A somber stop at the State Capital to honor the Little Rock Nine. 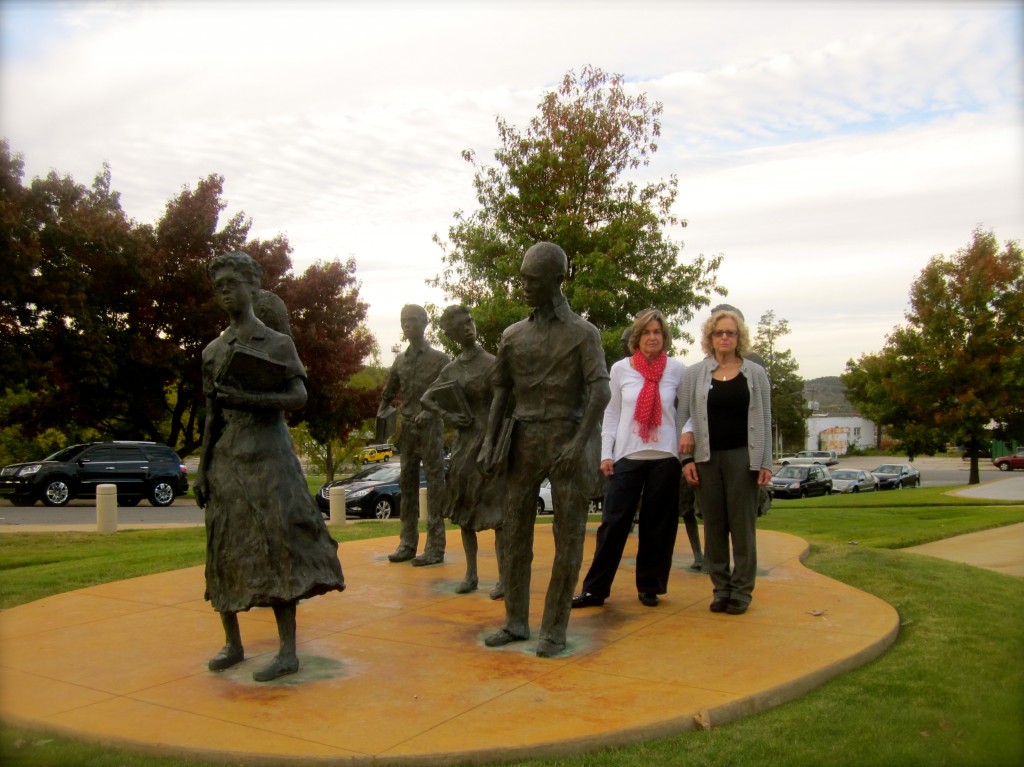 French Fridays with Dorie, is an international cooking group working its way through Dorie Greenspan’s latest cookbook “Around My French Table”.  If you would like to see how my colleagues dealt with this recipe, from soup to nuts,  go to our FFWD link.