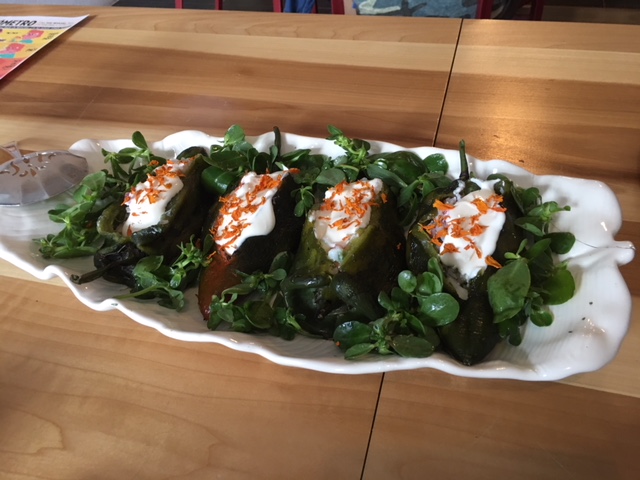 On my last day in San Miguel I took a cooking class from Kirsten West. You won’t recognize her name but this is all you need to know. Ms. West, an international chef/cooking instructor who has studied Mexican regional cuisine for over 25 years, is German. She’s worked closely with the iconic Diana Kennedy, often called the Julia Child of Mexico. During her 8-year collaboration with chef Rick Bayless, she tested every recipe used in his first three cookbooks. 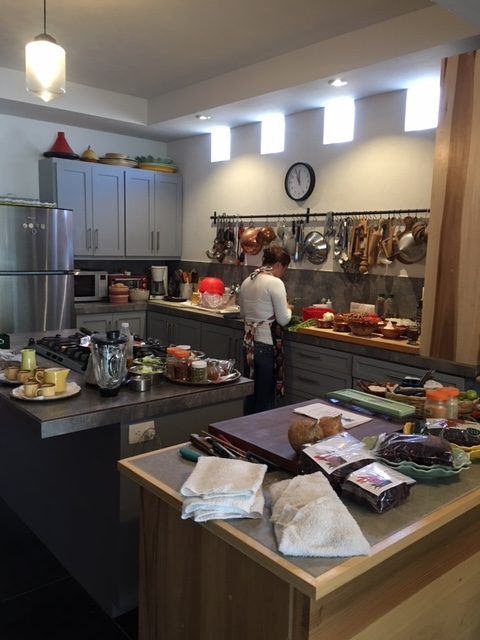 Kirsten West kitchen before class as her assistants prep the ingredients.

I once took a cooking class from Kennedy and had eaten at both Topolobampo and Frontera Grill, Bayless’ first Chicago restaurants. Both chefs are acknowledged superstars so I expected the same from West. 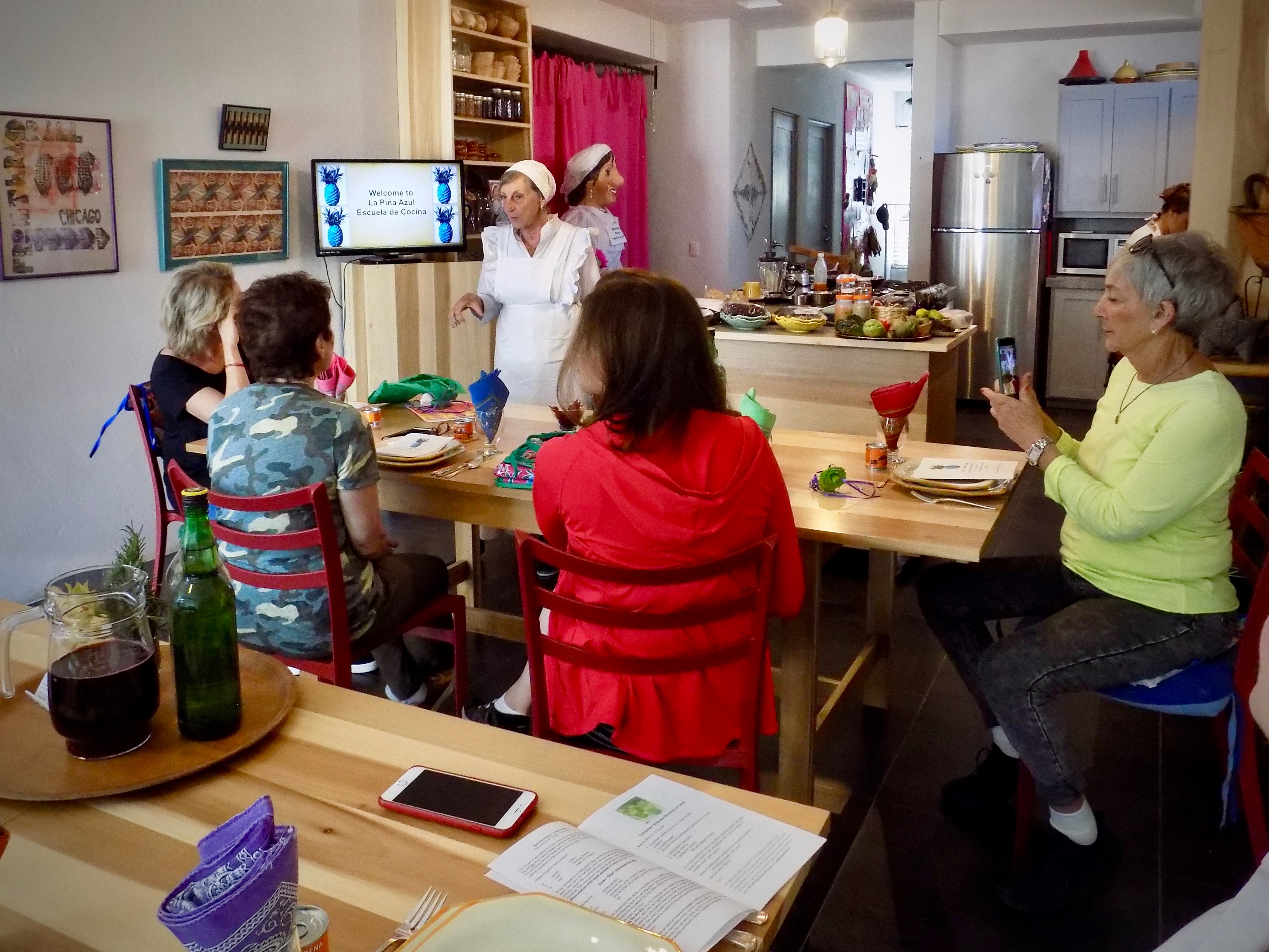 Note the television set in the upper left of the photo. Ms. West provided a power point presentation to coordinate with her instructions and lecture.

It’s gracias to Amy Gordon that I was able to join the class. Amy and her husband, Barry, divide their time between Aspen and San Miguel where she has sequed from a successful 16-year Aspen retailing career to guiding tours in Mexico and Cuba. Since five women from Aspen were flying in for a 5-day tour, she invited me to join the fun. 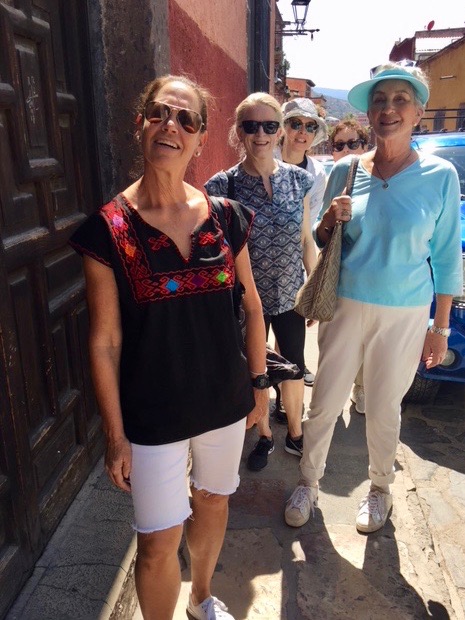 Amy and her Group of 5, ready to explore San Miguel.

West, who believes Mexican cuisine is misrepresented and undervalued, is passionate about her subject. While pouring us tangy red Hibiscus Flower Coolers she outlined the day’s class schedule. “This is about listening, looking, tasting, smelling and participating,” she explained. “We’ll do it all.” 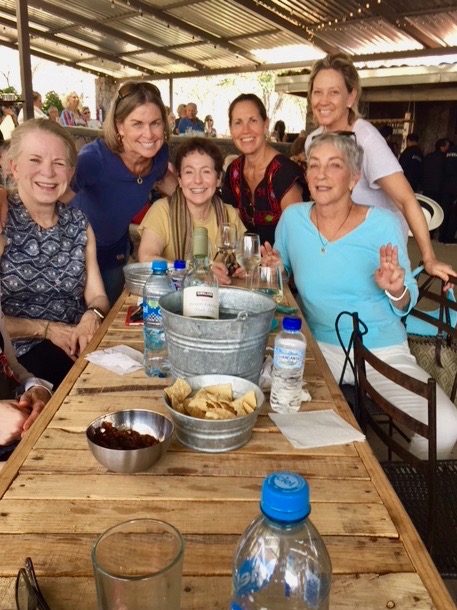 On a Sunday we spent the afternoon at Zandunga Ranch for singing, dancing and eating.

Thirty minutes later we were already taste-testing crisp jicama chips with peanut-chile dry dip. We also gobbled down sliced chayote, an edible plant belonging to the gourd family, with pumpkinseed-chili dry dip. She varies her dry dips recipes, making them with pumpkin seeds and all kind of nuts.

Moving on to salsas, she chose three, Roasted Tomato-Jalapeno, fresh Tomatillo and fresh Tomato and Chile, playing with them to create various dishes. Each was delicious enough to convince me to check out Rick Bayless’ 1998 cookbook, “Salsas That Cook: Using [6] Classic Salsas to Enliven Our Favorite Dishes.” 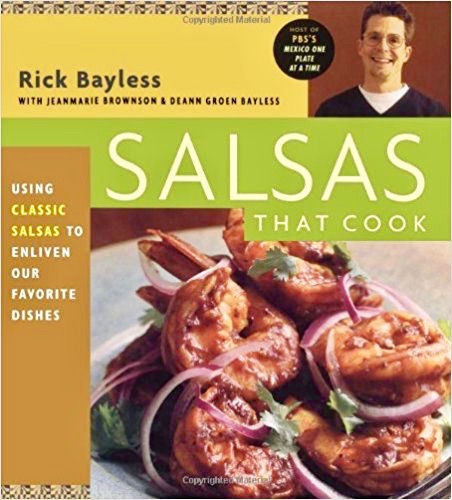 Using a variety of her antique and present-day presses, each of us took our turn at making tortillas. We turned them into Quesadillas with Mushrooms and a pungent, aromatic herb called Epazote. After utilizing indigenous ingredients throughout the day, she ended our feast with the most popular, Pineapple Cubes with Puffed Amaranth and Mexican Chocolate. Oh, la la. 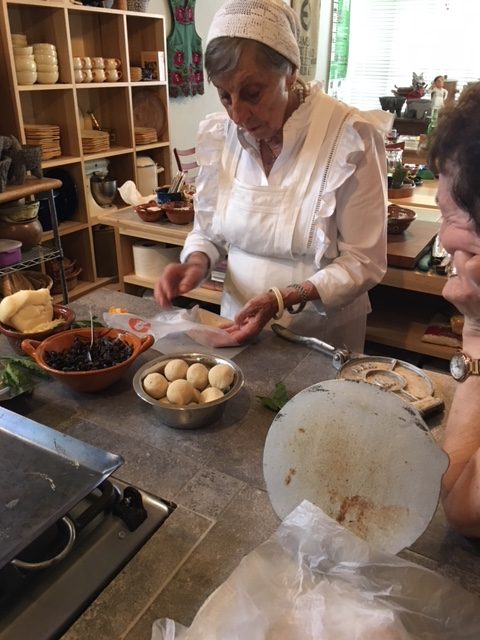 These were all user-friendly recipes, almost all ingredients are available north of the border, and there’s not a one I can’t replicate in my own kitchen. That, to me, is the true measure of a cooking class well-taught. 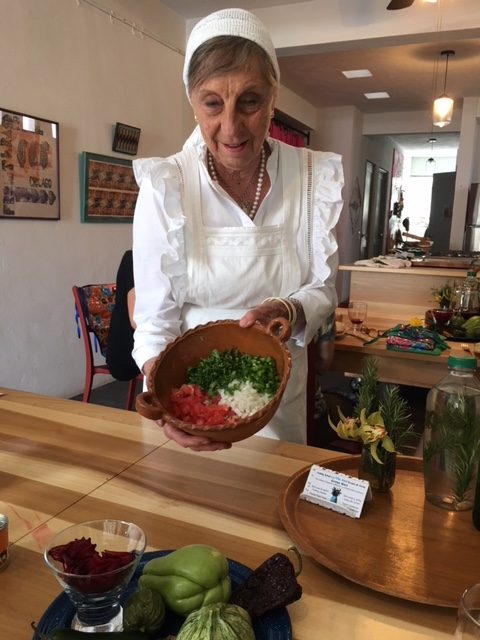 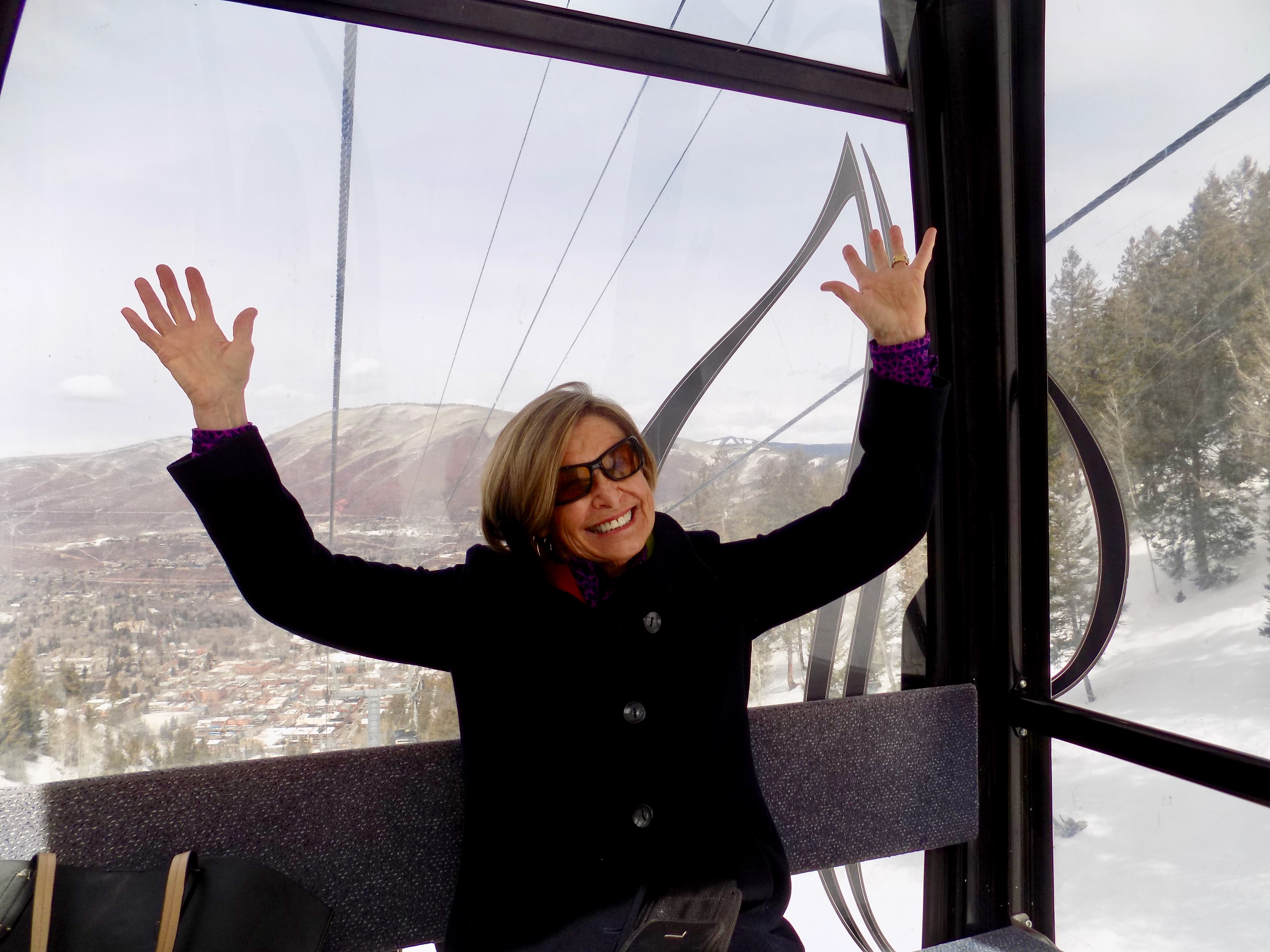 Riding the gondola to the top of Aspen’s Ajax Mountain before leaving for Paris.

Two weeks ago I flew back from San Miguel, spent several days with my family in California and then drove back to Aspen. It’s always a joy to be home. Period.

However, there’s still snow in the mountains, the skiing’s spectacular and it’s apparent Winter intends to linger for another month or so. That leaves me just enough time to spend Springtime in Paris.

Since I leave in two days, there are bags to pack and loose ends to tie! My next post will be from the City of Lights. Someone suggested ‘Paris is generous to the curious.’ For the next six weeks, using Eric Maisel’s A Writer’s Paris as a guide, I hope to spin my curiosity into words.