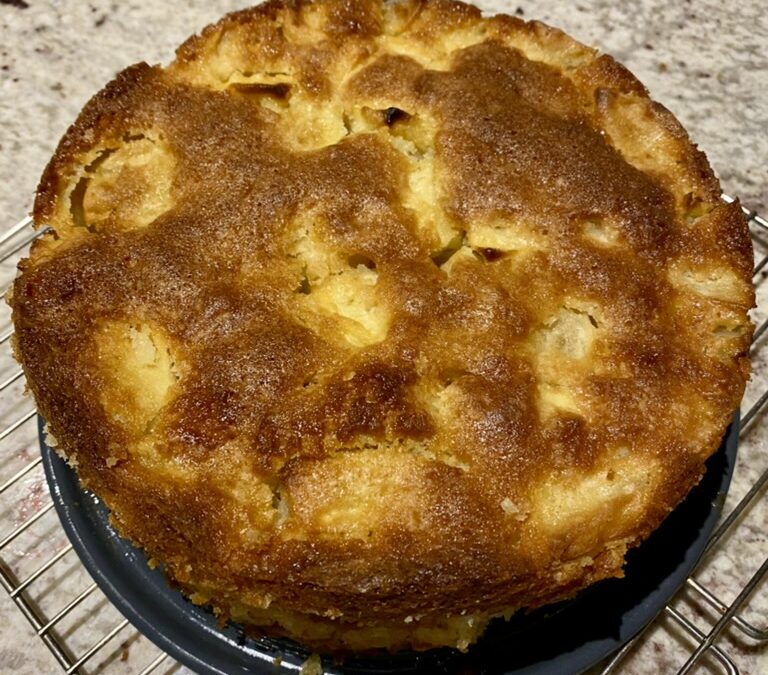 Years ago I flew to the Food Blogger Conference in Seattle to join twenty other French Friday with Dorie members to support Dorie Greenspan, the keynote speaker. We were part of a virtual group cooking through her latest award-winning book, “Around My French Table.”

At that time, it had been 30-some years since my being in a plane crash. After trying everything from pills to hypnosis to single malt scotch, I was still terrified to fly. Usually flying alone, I never chatted with seat-mates, watched no movies, didn’t catch a wink and if I’d spot a plane nearby, I’d alert the stewardess.

On the Seattle flight, shortly after taking off, my seat mate who I later discovered was a psychiatrist, psychologist or something, said, “You look like you’re a worrier.”

At that time, dealing with several issues including grief and wanting to close down the conversation, I responded, “Ya think?”

Without losing a beat, he began, “I can help you with that.”

In short he correctly reminded me that worrying is not productive. “Do this,” he suggested. “Every time you begin to worry about something, write it down, park it someplace and do not think about it. Then pick a day. I would say for you it’s every Wednesday at 3pm. When you check out your Worry List every week at 3pm, I predict most of those worries would have already solved themselves and some now just seem silly.”

Readers, you just heard the short version but you get it. He finished his remarks just as we were landing in Seattle. Ironically, I sorta liked that idea although my family thought it was bonkers and my friends scoffed. Still, I tried it for a time, it seemed to work but like every How-To idea or diet, I forgot about it.

In September I decided to dust off and tweak that old idea which had worked so well. In the past three years, since the Pandemic began, I felt I’d lost my Joy and despite what I considered ‘Herculean’ efforts, I couldn’t find it. Like each of you, I’ve been knocked down a time….or four or five, but I’ve always bounced back quickly. For the Life I’m now privileged to live, this lack of feeling Joy, if you will, is disappointing to me, embarrassing to write about and even disgusting. But what I’ve found from ten years of writing this blog, when I voice a concern or sadness or muddle and ask myself, “Should I write this?” there are always a few readers who have similar feelings but not a vehicle to share it or a confidante to tell it.

In the past month while thinking about this post, I’ve wondered what Joy really looks like in Year 2022. Each day I’m trying to come up with and jot down what I call “Joy Juice.” (Well, it’s better than drinking it.). Even finding $50 in my jean’s back pocket recently counts!

OUR BEARS AT PLAY

I first baked Marie-Hélène’s Apple Cake on December 8, 2012 when I was a member of French Fridays with Dorie. Every week we would make a group recipe choice, bake it and write up a post about it on our blogs. Every since then I’ve baked at least 10 of these cakes each year. This apple cake was my favorite recipe in the book and the favorite of many “Dorista’s.”

Later it was celebrated in the first of the Food52 genius cookbooks, Genius Recipes: 100 Recipes That Will Change the Way You Cook.  At the time, one of its editors wrote, ‘know that apples cobbled together with gently boozed up, custardy cake are going to be well received.’

4 large apples (If you can, choose 4 different kinds)

1. Center a rack in the oven and preheat the oven to 350 degrees F. Generously butter an 8-inch springform pan and put it on a baking sheet lined with a silicone baking mat or parchment paper and put the springform on it. If you use a larger pan, it will lose some of its height.

2. Whisk the flour, baking powder, and salt together in small bowl.

3. Peel the apples, cut them in half and remove the cores. Cut the apples into 1- to 2-inch chunks. If possible, use 4 different apples of any kind.

4. In a medium bowl, beat the eggs with a whisk until they’re foamy. Pour in the sugar and whisk for a minute or so to blend. Whisk in the rum and vanilla. Whisk in half the flour and when it is incorporated, add half the melted butter, followed by the rest of the flour and the remaining butter, mixing gently after each addition so that you have a smooth, rather thick batter. Switch to a rubber spatula and fold in the apples, turning the fruit so that it’s coated with batter. Scrape the mix into the pan and poke it around a little with the spatula so that it’s evenish. Bang the pan on the counter 2-3 times to remove air bubbles.

5. Slide the pan into the oven and bake for 50 to 60 to 70 minutes, or until the top of the cake is golden brown and a knife inserted deep into the center comes out clean. The cake may pull away from the sides of the pan. Transfer to a cooling rack and let rest for 5 minutes.

6. Carefully run a blunt knife around the edges of the cake and remove the sides of the springform pan. (Open the springform slowly, and before it’s fully opened, make sure there aren’t any apples stuck to it.) Allow the cake to cool until it is just slightly warm or at room temperature. If you want to remove the cake from the bottom of the springform pan, wait until the cake is almost cooled, then run a long spatula between the cake and the pan, cover the top of the cake with a piece of parchment or wax paper, and invert it onto a rack. Carefully remove the bottom of the pan and turn the cake over onto a serving dish.

SERVING: The cake can be served warm or at room temperature, with or without a little softly whipped, barely sweetened heavy cream or a spoonful of ice cream. Marie-Hélène’s served her cake with cinnamon ice cream and it was a terrific combination.

STORING: The cake will keep for about 2 days at room temperature. It’s best not to cover it tightly because it’s too moist. Leave the cake on its plate and just press a piece of plastic wrap or wax paper against the cut surfaces.

OUR BEARS AT WORK