GOT a MINUTE? GRAB a SEAT. 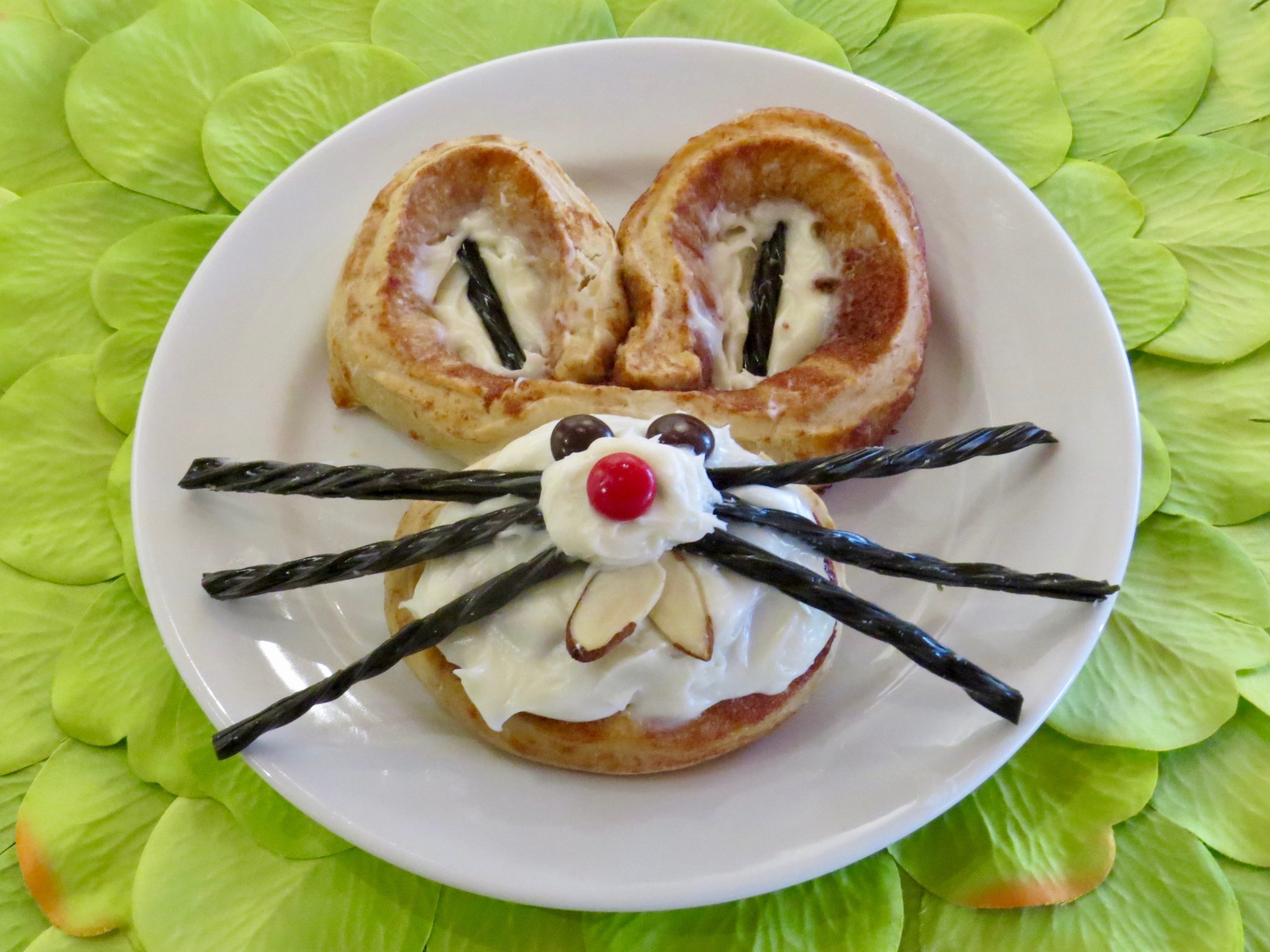 During a recent 7am marketing trip, I unloaded groceries at my favorite clerk’s checkout counter. As my items, including Rhodes Anytime Cinnamon Rolls, M&M’s and black licorice, rolled along, Lisa gave me a glance. Those definitely weren’t usual purchases.

“I’m going to make Cinna-Bunnies,” I said rather sheepishly. “For my granddaughters. I always made Bunny cakes at Easter for my girls.”

“Ohhhhh,” Lisa remarked. That explained everything.

I failed to admit that my granddaughters, who are 16 and 18 live in California, 840 miles away.

Although I flew to the States from Paris three weeks ago, (story to follow) I only moved into my Gant condo last week. I had no food/staples in the condo so I spent this past week shopping early (7am) and often. I’m good with rations until June 30, could survive until August 1st and would be severely dieting after that!

Grocery shopping, I love it. However, these trips in anticipation of sheltering-in-place were different, task-driven and a bit wacky. For example I bought six cakes mixes. I don’t even make box cakes! After spotting Mrs. Richardson’s Caramel dessert sauce, Michael’s favorite ice cream topping, into the cart it went. I didn’t find Fritos, a comfort food, until my third try. I was beyond mildly perturbed that I had to settle for Keebler Graham Crackers rather than Nabisco, my other comfort food. And no Heinz Catchup, only Hunt’s. Now, Mary, seriously?

FROM PARIS to ASPEN, HOME AGAIN

My Melissa called me in Paris Thursday morning, March 12, at 5am to tell me about the president’s flight ban. I realized I couldn’t possibly navigate the bedlam at Charles De Gaulle airport to exchange my April 1 ticket and beat his deadline.

However, the next day, my Aspen friend Cathy O’Connell was very emphatic about my coming home ASAP. So on Saturday I planned to go to CDG and exchange my ticket. “If you go to the airport, Mom,” Melissa said, “take your bag.”

I packed Friday night and ordered an airport car for 5:30am. That evening Cathy called again, saying there were seats available on flights to Colorado.The next morning while on my way to the airport, Cathy called again with flight numbers. She stayed with me on the phone until I got to the counter, talked to the agent and exchanged my ticket for home. Two hours later I boarded a jam-packed airplane.

My seat mate for the 91/2 hour flight to Chicago was a student spending a semester in France. She cried all the way home. After the flight landed, 5 CDC, FBI, and Chicago police officers boarded to take a sick young man off first.

But it was the 3-31/2 hours waiting in line at Security that was a nightmare. Over 1,000 people at a time, arriving in waves from international flights, lined up throughout the day for two interviews and temperatures checks. Many missed connections. I made my Chicago-Aspen flight only because the incoming plane was several hours late. We reached Aspen 15 minutes before curfew. During that flight Gov. Polis shut down Colorado’s ski resorts. On the next day, Sunday, President Macron shut down France.

For the next two weeks at the direction of CDC I self-quarantined, taking my temp twice a day. I lived with a friend who said on the Saturday night I arrived,“You’ll stay here.” (I know, I know, who does that?) I wanted for nothing.

I had three opportunities to catch the virus, in Paris, on the flights and standing for hours with 1,000 travelers in a huge room. That’s the reason for the next two weeks I primarily worried about getting sick and passing it to my friend.

What I’ve found during ten years of writing this blog is that some of the feelings, challenges and thoughts I experience mirror those of you Reader’s. The difference being I have the ink, ability and willingness to write about it. My return trip to Aspen followed by two weeks in quarantine was traumatic but everything about it has been fortunate, positive and, to be sure, lucky.

Then Why? after ending well, is it only now I’ve begun struggling to feel hopeful, be happy and keep anxiety at bay? Just like all of you, Life has taken its share of whacks at me over the years but I’ve managed to get myself to the sunny side of the street quite quickly. Right now, I’m a big Fail at that. I do realize I’ve been holding on tight these past few weeks just waiting for shoes to drop. That they didn’t in my world doesn’t mean they haven’t in so many others.

That being said, I’m not accustomed to despair and unhappiness. It’s uncomfortable. I’m working hard to get to better days. But for those of you struggling a bit with all of this, you’re not alone.

To my Jewish friends celebrating Passover, Chag Pesach Sameach. And, to my fellow Christians, have a glorious Easter.