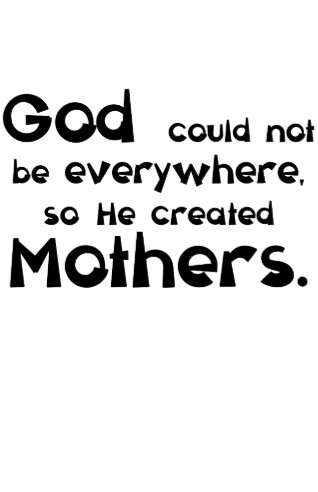 My daughter, Melissa, has always said the best thing we do together is laugh.

That premise was to be truly tested after I finally scheduled Total Knee Replacement surgery for mid-April. When I called to tell her, she replied, “ So I’ll come for two weeks to take care of you.”

Whoa… As she already knew, I don’t accept help graciously. But even this Mama Bear knows that Independent, Solo and Alone don’t cut it when someone else is doing the cutting. Instead, I thanked her. We were on.

This surgery revelation is not surprising. I had Knee Arthroscopy, a minimally invasive procedure, thirty-five years ago. It was a short-term fix. Eventually my left knee started talking back again. Like so many other people, I chose to ignore and endure it.

Two years ago I realized it was affecting my lifestyle. There were activities I avoided and mountain tops no longer within my reach. Last fall I cancelled my upcoming winter trip to France. Paris is a walkable city but not if you can’t walk. That same day I made an appointment with a surgeon relatively new to Aspen. His assistant said to stop by later that same afternoon. I liked and trusted the doctor who seemed to like and understand me. Together we nailed down a surgery date six months hence.

Before leaving Aspen for the winter, I stopped by the hospital to be measured by a machine affectionately called “the doughnut.” For the new knee, my doctor, Jared Lee, the Medical Director of Aspen’s Steadman Clinic uses Conformis, a company which applies a CT scan to design a customized knee replacement to my size and shape. This was going to happen.

Fast forward to surgery time. Melissa arrived two days before my April 19th surgery and immediately turned my condo upside down. She and The Gant’s housekeeping staff rolled up my oriental rugs, moved furniture and brought in piles of the sheets, towels and pillows I needed for a sterile environment. She picked up a walker, crutches, cane, etc., from a recent veteran of replacement surgery who gifted us with her largesse. As for me, think ‘deer caught in headlights.’

Unlike most patients, I was not interested in knowing about the intricacies of my upcoming surgery. To my mind, that was the doctor’s responsibility. Because Melissa’s business evolved around providing care and healing, that was her lane. As for me, I would commit to months of post-op rehabilitation without complaint.

What I’d mostly heard about this surgery is it’s painful. Melissa followed the agreed upon Pain Protocol religiously and managed to stay ahead of my pain. She was up 3-4 times each night to give me pills. Everyone has their own threshold for pain. I was lucky to need only one Oxi. Let’s just admit when my nerve block wore off, I was rethinking Life itself.

Admittedly, there were moments. In the hospital the night following surgery, I wanted to turn my phone off. Although my room was dark I spotted the bright red button on my phone and pushed it. 911 answered. It seems we had a conversation. (Actually I called them twice!) Finally a nurse stopped by, I told her my problem and she shut it off. By the next day the discussion that I was confused and probably should not be discharged yet had picked up steam. When the doctors came to check on me, my soft-spoken daughter stepped up. “Listen,” she said, “My mother is sharp as a tack. She is NOT confused. She does stuff like this all the time.”

I began PT the day after surgery, three times a week with my therapist Nicole. I hit the jackpot with Nicole. She always coaxed more out of me than I thought I could give. On other days I did the 18 short exercises she had suggested by myself.

After coming home and in anticipation of my living alone, every morning Missy and I grabbed our coffee and spent an hour discussing what’s working, what wasn’t and what questions we had to ask. By the time she left last Saturday we both were confident I’d be fine. Before leaving she filled my larder, did all the household chores. and stuck cards/post-its everywhere reminding me to do or not do this/that. The oriental rugs are still rolled up, I can no longer remember what is shoved under beds, chairs which serve as exercise stations are still in place and food that was inaccessible is sitting on my counter. I am forbidden to climb on a foot stool — like, well, forever.

Following my two-week post-op with Dr. Lee this week, I’m off crutches, the walker and use a cane only if needed. I can drive. Nothing hurts. To my mind, Dr. Lee and his crew can now just stand back and accept my gratitude. As for Melissa who is back in California, Mom-Mission accomplished. Now it’s on me. This is the “do the work” part of the story. The spotlight’s on me and I’m here for it.

On this Mother’s Day, this Mother would like to pass on her roses to her daughter. For everything you did for me and to me and with me and even, in spite of me, thank you, Melissa. I still think the best thing we do together is laugh.