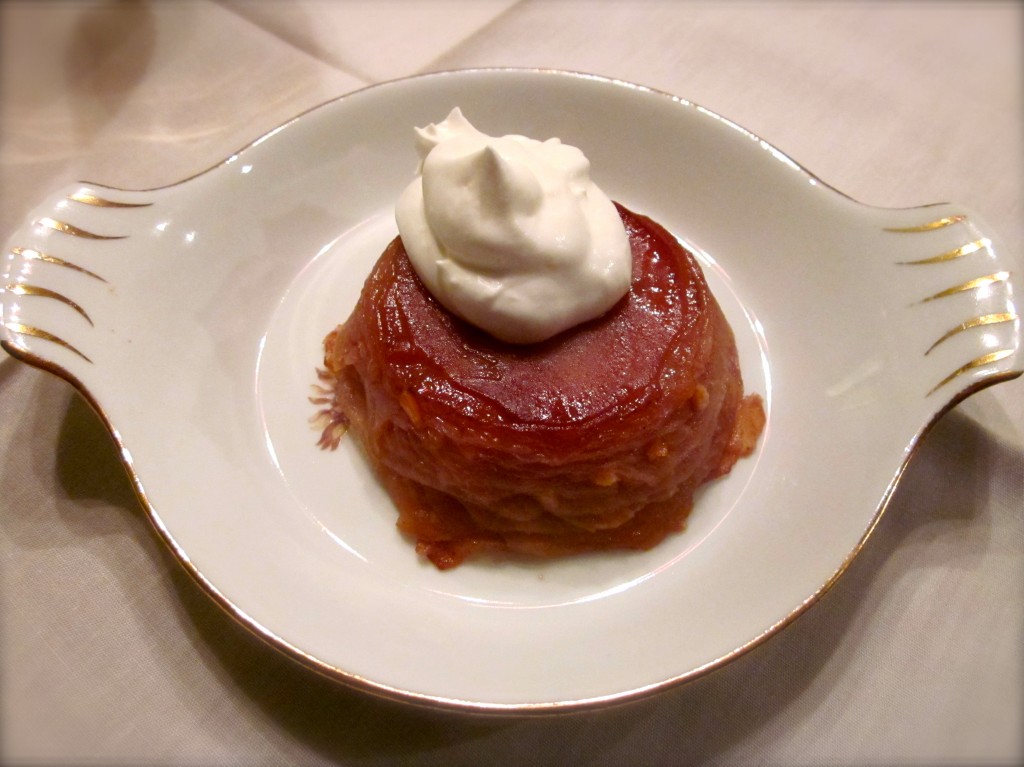 (Memo to Dorie: I changed the name of the recipe on page 390-391 of your Around my French Table cookbook.) 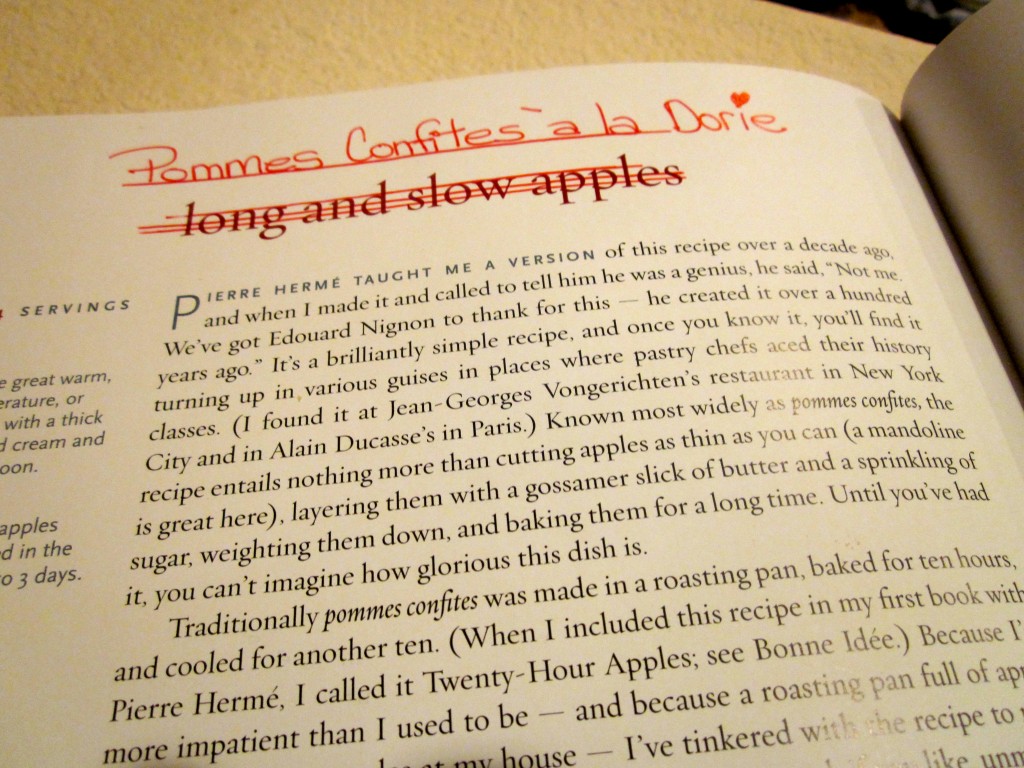 This brilliantly simple recipe was created over one hundred years ago by Edouard Nignon (1865-1934), regarded as one of France’s greatest chefs. According to Larousse Gastronomique, he was head chef to the Tsar, the Emperor of Austria, and president Woodrow Wilson. I’d wager all my Johnny Appleseed trading cards that Edouard would not approve of the long-and-slow moniker.

As Dorie explains, “This recipe entails nothing more than cutting apples as thin as you can (a mandoline is great here), layering them with a gossamer slick of butter and a sprinkling of sugar, weighting them down and baking them for a long time.”

Until you’ve had it,”  she adds, “you can’t imagine how glorious this dish is.” 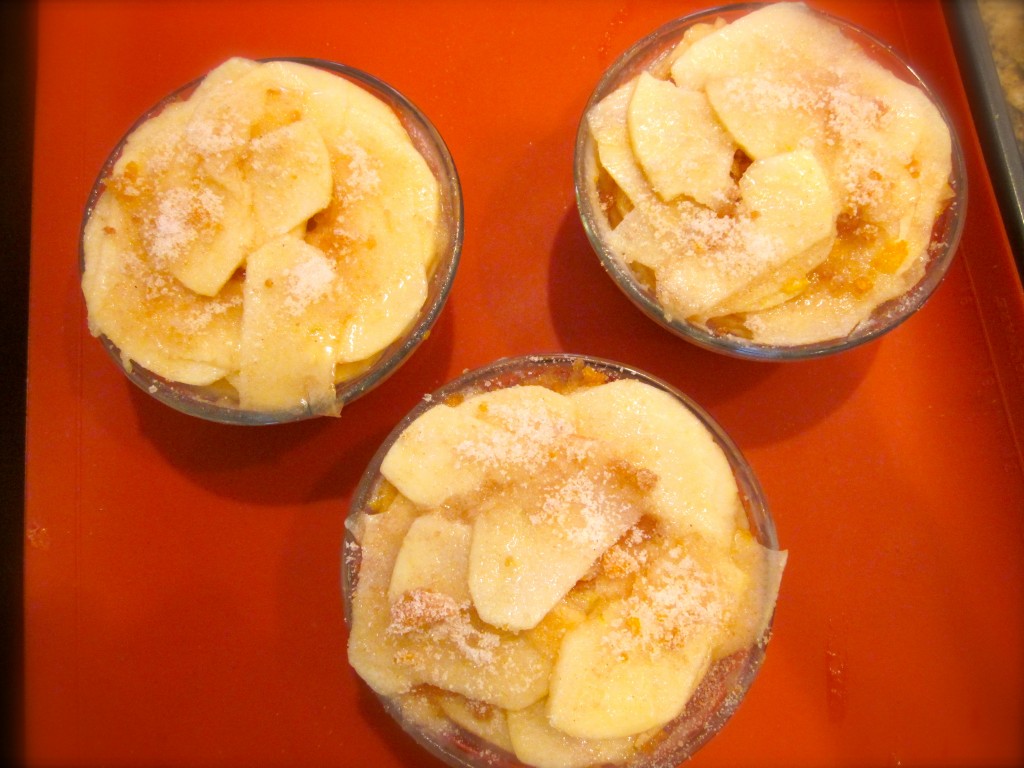 Not only did I slice four apples as thinly as possible, I also individually placed each slice carefully in the ramekins……….until ramekin #3.

Although this recipe is simple, it is time-consuming. After peeling and slicing the four apples thinly, each slice must be arranged carefully in individual ramekins. I hang my head in shame as I admit that by the third ramekin, I was tossing those apple discs haphazardly into the bowl, just hoping they’d settle according to plan. The fourth ramekin never got filled. 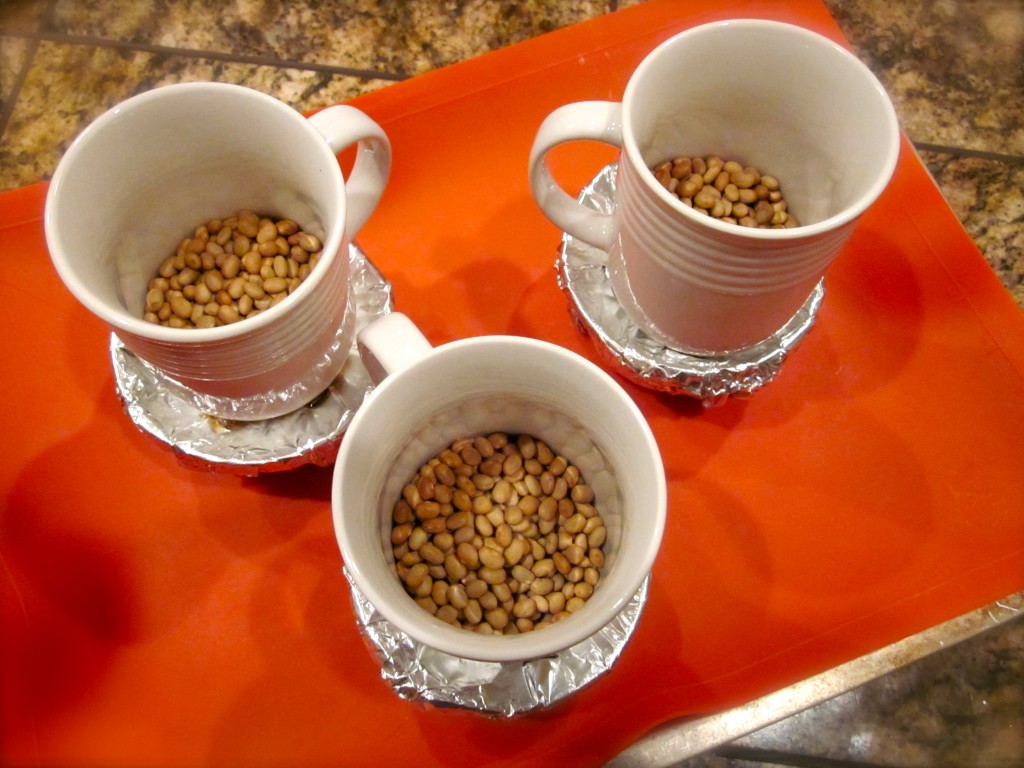 After wrapping each ramekin in parchment paper and then foil, I pierced it, making 4 air holes. Each had to also be weighted down before placing in the oven at 300 degrees.

The good news is that I have become a mandoline maven. You may recall that my first visit with a mandoline was just last summer when we made zucchini tagliatelle. I was totally intimidated. But, now, we’re friends. I also opted to use cinnamon rather than ginger and coriander to pump up the  flavoring. Susan Lester who writes Create Amazing Meals, made this dessert a year ago and offered some good suggestions about it on her blog.

Serve this very delicious Pommes Confites warm, at room temperature or chilled. In the ramekin or unmolded. With a whipped cream topping, ice cream, crème fraîche, or just plain. It’s scrumptious. Since the first full week in Year 2013 has been such a happy and successful one for me, I enjoyed my dessert warm, topped with whipped cream, and with champagne. I wish I’d filled that fourth ramekin. 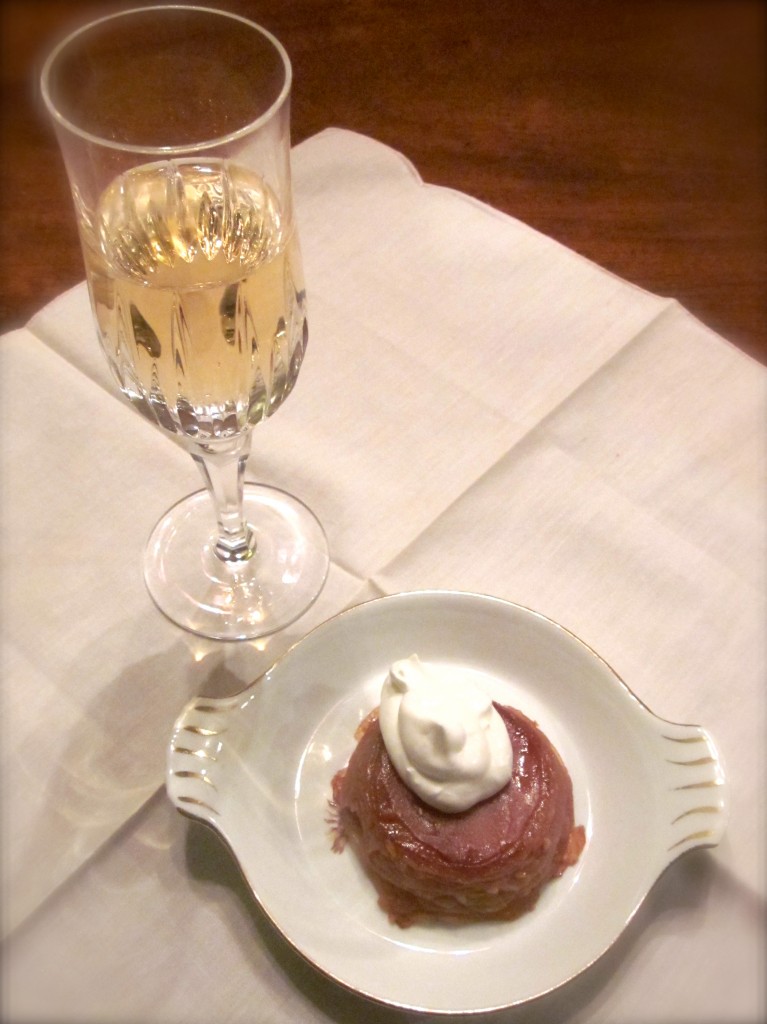 Dorie shares the ingredients necessary for this recipe here. Visit the French Fridays with Dorie link to see if my colleagues enjoyed this dessert as much as I did. 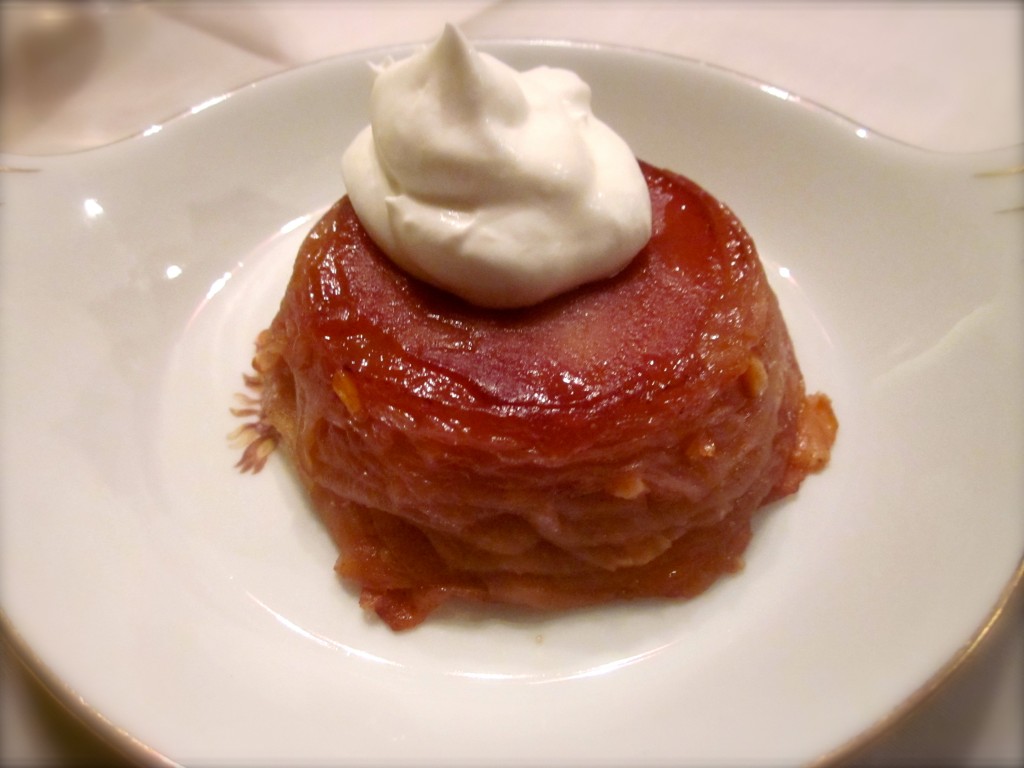