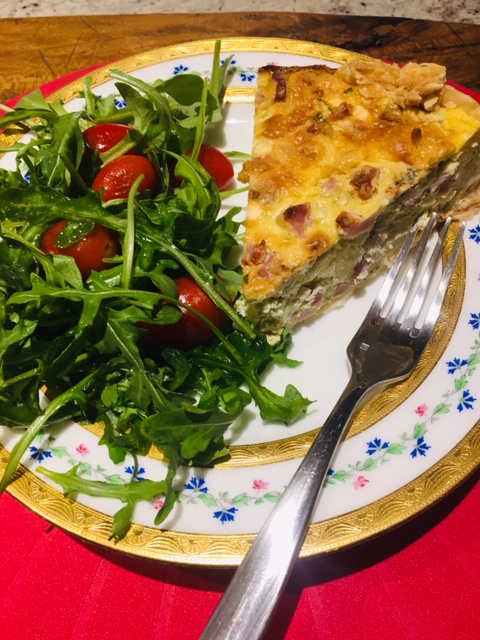 In the Spirit of Full Disclosure, I never watched Game of Thrones. Not one show… ever. Which makes you feel sorta like the last kid picked at recess for the kickball team.

Realizing I’d taken for granted Mayor Aunt Betsy as a WCtH mainstay, Loughlin’s arrest messed with my happy ending programming. It also sullied Hallmark’s “When you care enough to send the very best,” halo of goodness.

These shows are fantasy. Whether you disliked the GoT ending or my being unsettled by Aunt Betsy’s demise, these discomforts are short-lived, non-important. But this ‘taking for granted’ business in real life is way different. Recently two events, bookends if you will, occurred which hammered that savor every moment message home again.

BOOKEND #1: Last winter in Paris I often walked by Notre-Dame Cathédrale. An astounding 30,000 people visit the cathedral daily. I stopped for services twice.

Just before flying home, I met my blogging colleague, Patty, for coffee and to sample ‘the best cinnamon roll in Paris.’ It was early, cold, rainy and quite a schlep to the boulangerie but well-worth the calories.

Afterwards Patty, who was leaving for San Francisco the next day, suggested we walk over to ND. “I want to see it one more time.”

Even though it was a bit of a huff, we did. It was a quiet morning, few visitors, only a priest saying Mass. We went our separate ways and finally met by the alcove where the 19th-century statue of Joan of Arc by Charles Desvergnes sits. We each lit candles, said our private prayers and left.

I took for granted that one of the most important religious structures of Western civilization, built in the 12th Century, would always stand tall. I’m thankful for the memory of that last visit.

BOOKEND #2 Last Sunday the iconic Golden Eagle who lived at the Aspen Center for Environmental Studies for 30 years died of natural causes. She was 38. As a yearling, she’d been found with a broken leg and wing on nearby Bell Mountain. That she recovered at a Colorado raptor rehabilitation hospital is miraculous. That she would never survive in the Wild again was not a surprise.

We moved to Aspen in 1988, got involved with ACES and Michael served on its Board. There never was a time when I walked out to ACES’ Hallam Lake Preserve that I didn’t walk by that beautiful bird sitting on her grassy hill and not acknowledge her presence. In fact for 30 years more than 10,000 visitors a year, did the same.

She was a member of the staff, it’s longest serving environmental educator and probably the major take-away for many of the thousands of school kids who visited ACES. I last saw her several days ago when I took my friend Wendy birding at ACES. Wendy had never seen the GE so we went back to her enclosure as her trained caretaker, Derek, the GE perched on his gloved arm, was bringing her outside for the day. Wendy was mesmerized. As for me, I’m sad that what I thought would always be, is gone.

I don’t know what happens to winged creatures when they pass away but I like to think that our ACES Golden Eagle is finally soaring again with the angels.

I put together some definitely-don’t-miss fare to share with you. Emphasis on ‘don’t miss.’

This lemon cake with lemon glaze topped with toasted coconut is Sweet Sixteen delicious. My granddaughter Clara turned 16 last week. Whether I celebrate with the girls or from afar, I always bake a cake. No recipe here, just bake and frost your favorite cake. Toast the coconut in a medium-sized frying pan on medium heat on the top of the stove for about 5-7 minutes. Liberally sprinkle the toasted coconut topping on the newly frosted cake. Very festive. Yum. Just yum.

There are so many ways to improvise and change up this easily made and delicious quiche according to your guests and tastes.

To make the crust, in the bowl of a stand mixer fitted with the paddle attachment, combine the flour, cornmeal, and salt. Add the butter and beat on low speed until the butter is broken up and the mixture is sandy.
Add the egg and mix until the dough begins to clump and come together. Shape the dough into a disk and wrap it in plastic. Chill it for at least 30 minutes. (The dough can be made up to 2 days in advance.)

This is the only salad dressing I make now. Note that David suggests using canola or sunflower oil instead of olive oil. Season strictly to your taste, especially with the mustard.

Makes about 1/3 cup, enough for one large green salad, serving 2 to 3

DIRECTIONS:
1. Using a fork, mix together all the ingredients, stirring until the salt is dissolved.
2. Stir in the oil briskly until fully mixed.
3. Storage: This dressing will keep for about eight hours, covered with plastic wrap or lid, at room temperature.