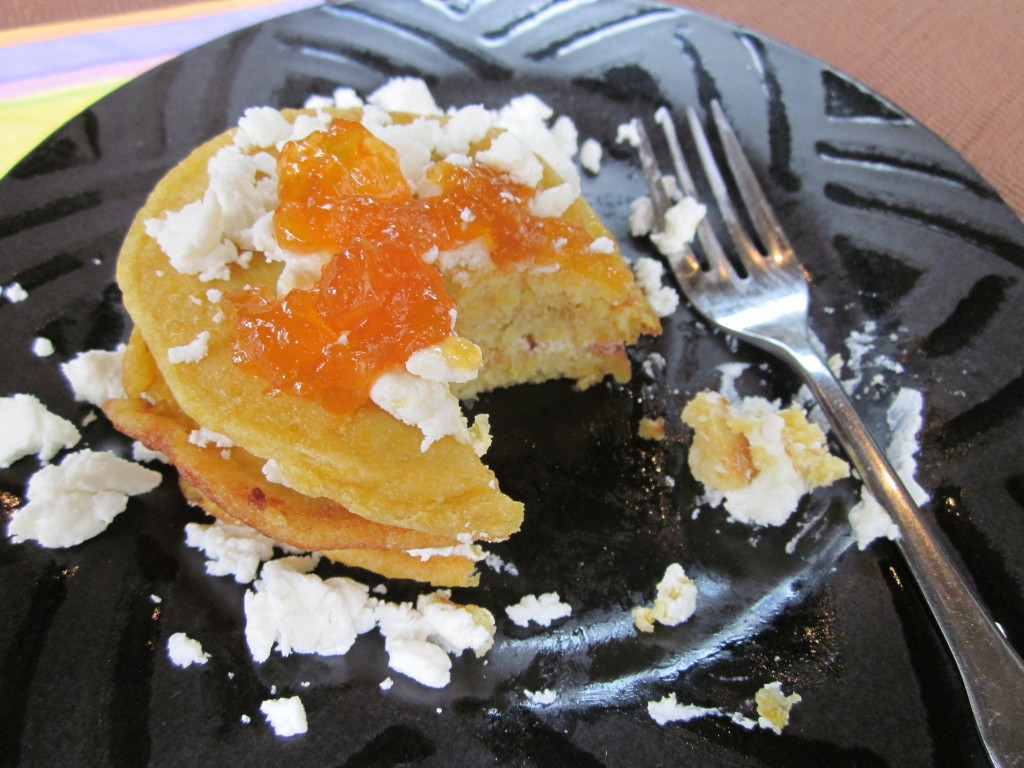 A stack of corn cakes filled and garnished with apricot preserves with morsels of chevre (goat cheese) introduced for some tartness.

This week’s First Friday with Dorie recipe is the answer to every Iowa girl’s dream. Since I’m a born ‘n bred Iowan and more than a lil’ bit country, I consider myself an authority on CORN.

Dorie, did you know:

2. Iowa has produced the largest corn crop (most of it field corn) of any state for almost two decades. In an average year, Iowa produces more corn than most countries.

3. Corn has been the dominant crop in Iowa for more than 150 years! 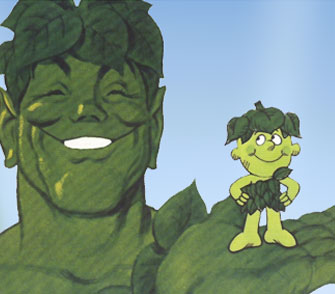 In fairness to our neighbors to the north, I’ll concede that the Jolly Green Giant and his sidekick, Sprout, raise more sweet corn for the consumer market than we Iowans. That’s why the canned corn you use for this recipe might have grown up in Minnesota.

Yes, for this recipe we are using canned corn, those sweet little krammed-with-karbohydrates kernels. Dorie suggests we find a can that is without sugar or corn syrup.  Although corn is low in saturated fat, cholesterol and sodium, 82 percent of the calories in this food are from carbohydrates. It is, however, a good source of dietary fiber, thiamin and folate.

But I digress. French housewives have been using canned corn to make these little pancakes for years. Who knew?  They were first introduced stateside in the mid-Eighties after world-famous chef Jean-Georges Vongerichten arrived here. He paired them with crème fraîche and caviar. Of course he did! Although they are fine as an hors d’oeuvre, they also are an interesting accompaniment to any meat dish to replace potatoes, rice, or noodles. 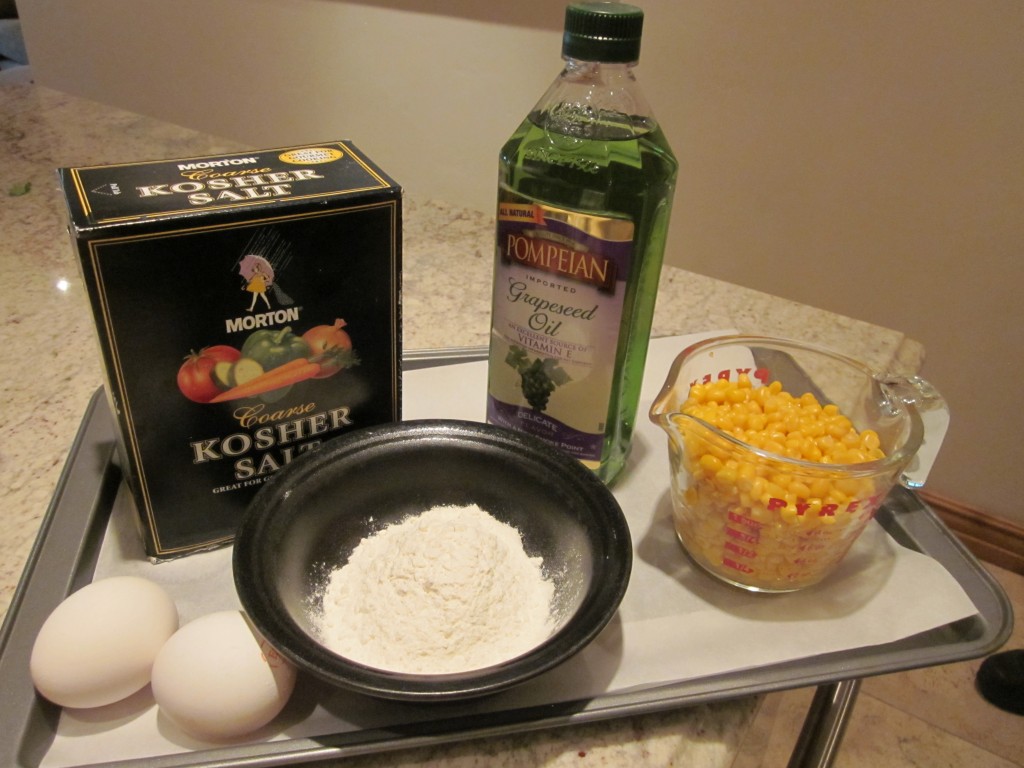 Mise en Place, the ingredients for making corn cakes. Just a few are needed for this simple delight.

For these little wonders, throw three ingredients, corn, eggs, and flour, into your blender or processor. Salt. Then use a tablespoon to drop the batter into a skillet well-lacquered with grapeseed oil (or, any mild oil). Once you achieve a golden color on each side (2 minutes per side), pat off the excess oil and transfer to the warm cookie sheet waiting in the oven. 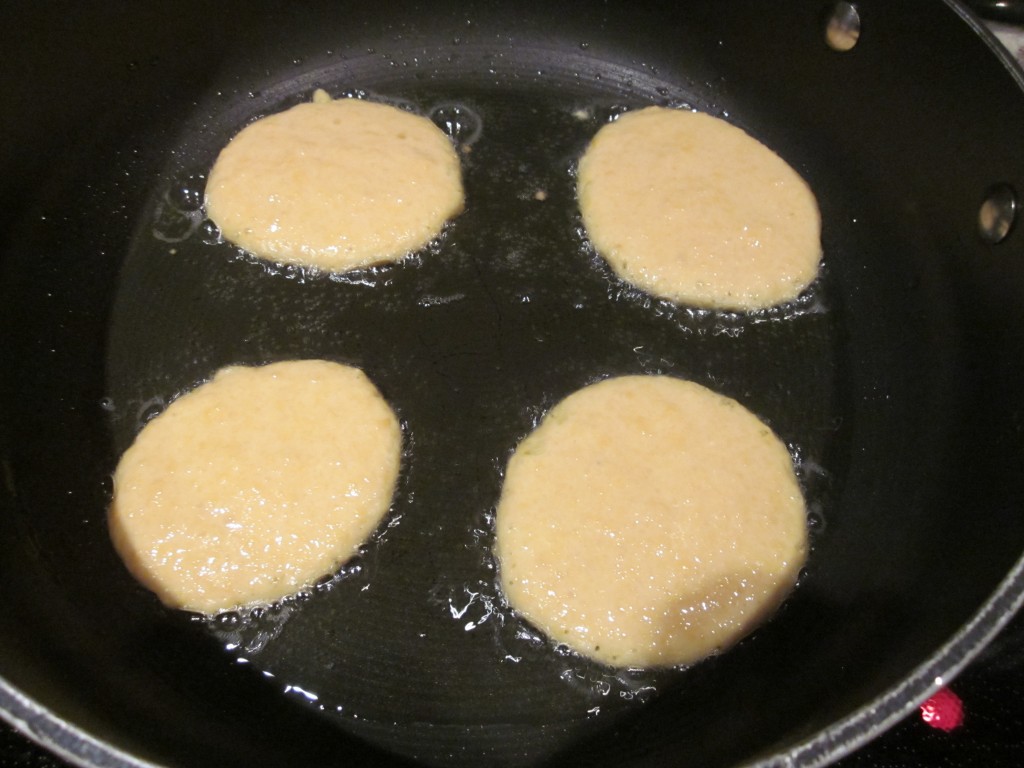 When making pancakes for breakfast, my Mother would call these “silver dollar” pancakes in size.

After making the pancakes and cooling them to room temperature, I tried three different versions. Serving them with guacamole as a garnish to accompany my lunch of chilled corn and crab salad was delicious. For dessert, I made them into a Raspberry-Crème Fraîche Shortcake. So tasty. If crème fraîche is too strong a taste for you, try whipped cream instead. I just thought the three flavors, sweet fruit, tangy sauce, and corny cake, played well together. 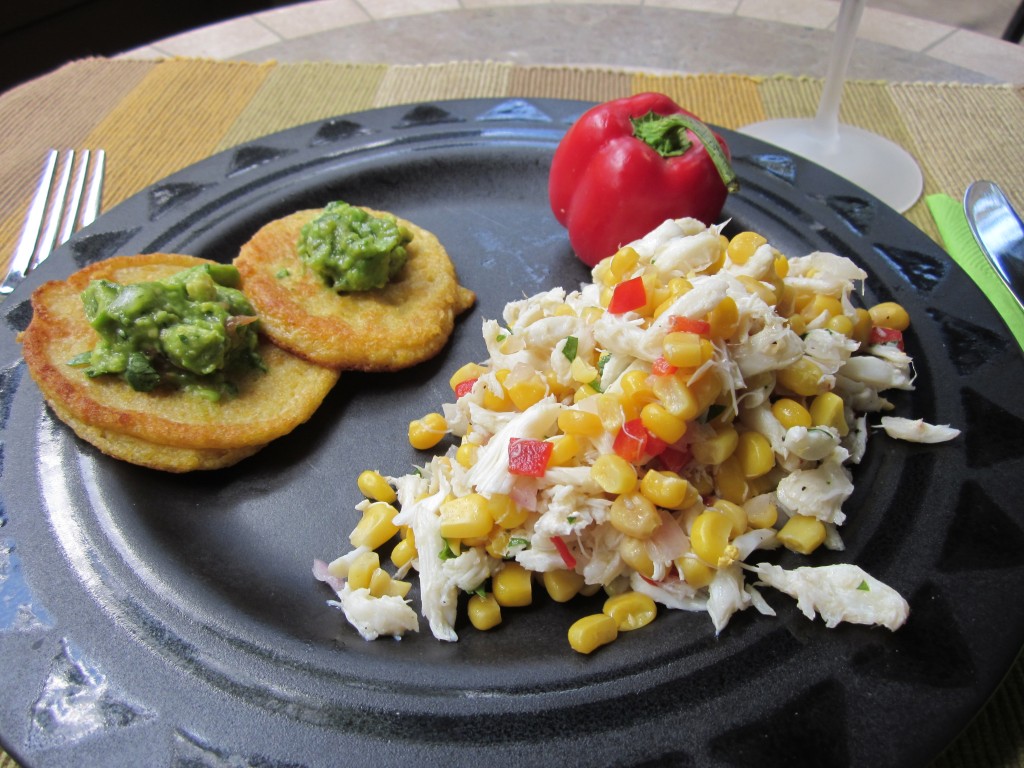 Corn pancakes, garnished with guacamole and served as an accompaniment to chilled corn salad and crab.

For dinner, just needing a snack, I used apricot preserves as a filling for a corn pancake stack to which I introduced morsels of chevre (goat cheese). This idea was actually my favorite taste. 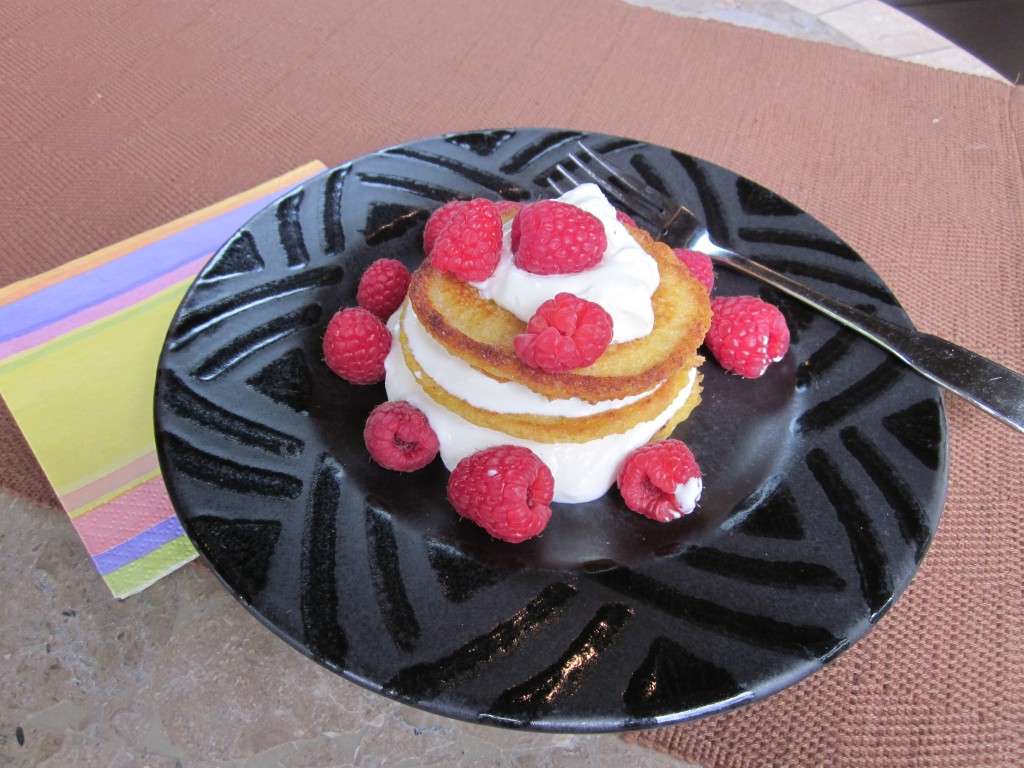 Although we don’t share recipes from “Around My French Table”, because we would like you to buy the book, I believe you’d make good corn pancakes by blending  a 15-ounce can of corn with 2 eggs and 6 tablespoons of flour. Don’t forget the salt. To see how my colleagues, who probably aren’t “corn-fed” did with this week’s recipe, go here. 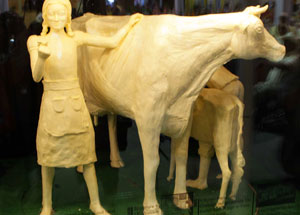 The world-famous Iowa State Fair butter cow is celebrating its 100th anniversary this year. As a kid, I would visit the butter cow during our family’s annual trip to the fair. As a Mother,  I made sure my girls never missed the fair. (Rodney White/The Register)