SO HOW’S YOUR SUMMER GOING? Here’s a thought. Despite the 24-hour news cycle, try to own your last 8 weeks of summer. Jot down what you most want to do. Make priorities. That’s what I promised myself this summer. Grateful to be healthy, able and surrounded by friends who laugh, every day needs to count. This beautifully designed (and, battered) wasp nest is being recycled as nesting materials for this year’s migrating birds.

How can I do that? Knowing that my Life rolls better with 8-9 hours of sleep each night, it takes more No’s than Yes. It works to block out time to cook, write and actually do the assignments for the music class I enrolled in recently. Twicky but doable. Busy, but so far, so good. Here’s a glimpse at the past two weeks. How is your summer going? The Aspen Institute’s campus and venue for IDEAS 2017 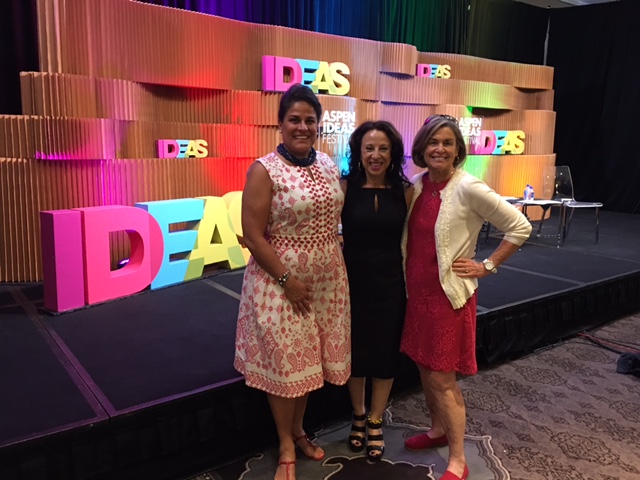 Blanca O’LEARY & I attended our 13th Aspen Ideas Festival at the Aspen Institute together. This is an NPR Podcast Live Taping “In the Thick” with Maria Hinojosa, the award-winning anchor and executive producer of NPR’s Latino USA.

In the words of the Aspen Institute folks, The Aspen Ideas Festival is ‘the nation’s premier, public gathering place for leaders from around the globe and across many disciplines to engage in deep and inquisitive discussion of the ideas and issues that shape our lives and challenge our times.’ Every passholder received this bag that is made of repurposed military surplus material and made in USA plants partially staffed by Vets with 10% of profits going to Vet organizations. In the bag was a copy of the Constitution which thrilled Gold Star father, Khizr Khan, who I heard speak on Culture & Civil Liberties.

Created in 2005 by well-known author, president and CEO of the AI, Walter Isaacson, and brilliantly managed by vice president Kitty Boone, the Ideas Festival has been the highpoint of my summers for the past 13 years. This year was no exception. Walter Isaacson is leaving the Institute at the end of the year, returning to his home town of New Orleans to continue writing and also teaching at Tulane University. The Preservation Hall Band interrupted a conversation with Andrea Mitchell and Samantha Powers (on stage) to lead him out of the tent to a farewell party.

At IDEALS there were recognizable all-stars such as Thomas Friedman, Andrea Mitchell, Fareed Zakaria, musician Jon Batiste as well as governors and cabinet members. I was more interested, however, in the many lesser known names such as the very impressive Rebecca Onie, a MacArthur Genius and public health entrepreneur. I won’t forget my new best friend, Dr. David Rapoport, the Director of Research in Integrative Sleep Medicine at Mount Sinai who stressed the importance of sleep. He suggested we all need at least 7-8 hours of sleep each night. Yesssss. A Win for Mary. I tried to hear presidential historian and author Jon Meecham at every opportunity. And, no, I didn’t tell him I’d visited all the presidential libraries but Ford’s. Restraint is my middle name. Headed to the Party. Kathy & Walter Isaacson are just behind the band.

WHEN LIFE GIVES YOU LEMONS, BE CREATIVE

Last week I received an emergency e-mail from a young executive here at The Gant. (Her name will remain anonymous.) Her husband’s birthday was in a week. To celebrate at a Bar-B-Que, a friend was making limoncello ice cream. She was baking the birthday cake, wanted it to be lemon, and asked for suggestions.

I e-mailed her two suggestions with recipes and photos. She chose Maida Heatter’s classic East 62nd Street Lemon Cake, which, according to many bakers, is the best lemon cake ever. She is a good cook but admitted to not being a baker. At high altitude, baking successfully is difficult. I gave her my bundt pan, a spray can of Pam’s happy Baker’s and some tips. Then, I prayed. 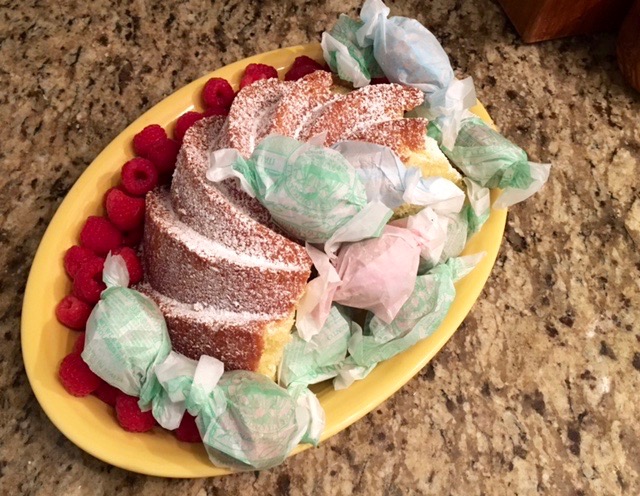 The beautiful end result of the birthday cake. “When life gives you lemon cake,” she says, “you disguise it with amaretto cookies.” 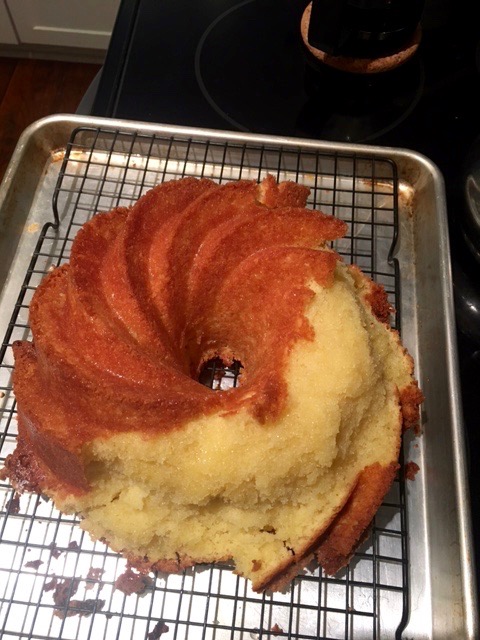 Like many first-time attempts, the cake didn’t behave. (I once made three coffee cakes, all failures, before I cried.) But, her fix was ingenious. (BTW, she is also ingenious at her very challenging job.) “It was actually quite funny,” she said, “and it was one of those days where absolutely nothing went right.  But in the end the cake was delicious and I’ll definitely try to make it again.” 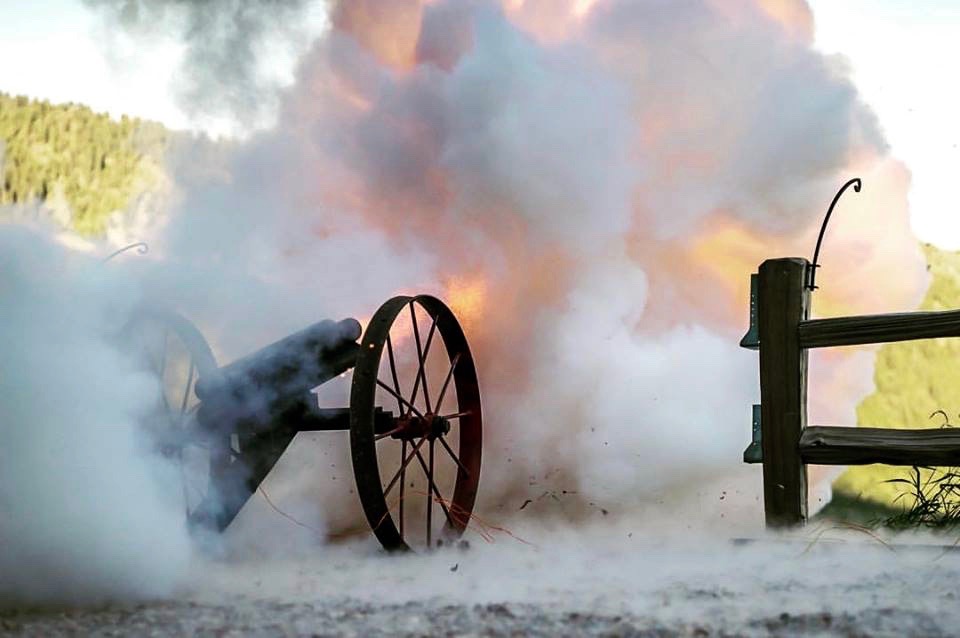 For the past 41 years, a cannon located at Smuggler Mine has blasted off at 6am to usher in the start of Aspen’s July 4th activities. Our Golden Retriever, Belle, when hearing the roar every year, would leap onto our bed (forbidden territory) and shake for the next hour or so. Aspen Daily News, Rising Sun Photography I knew this day would come…We have known Cavanaugh O’Leary since he moved to our Aspen neighborhood with his parents when he was 4. We often helped him celebrate his 4th of July birthday. He just finished his 2nd year at Cal Poly at San Luis Obispo so I’ve been nearby in the winter in Cambria. Now 21, it’s obvious I’ve been replaced by Gabrielle Scapa, also a Cal Poly student. 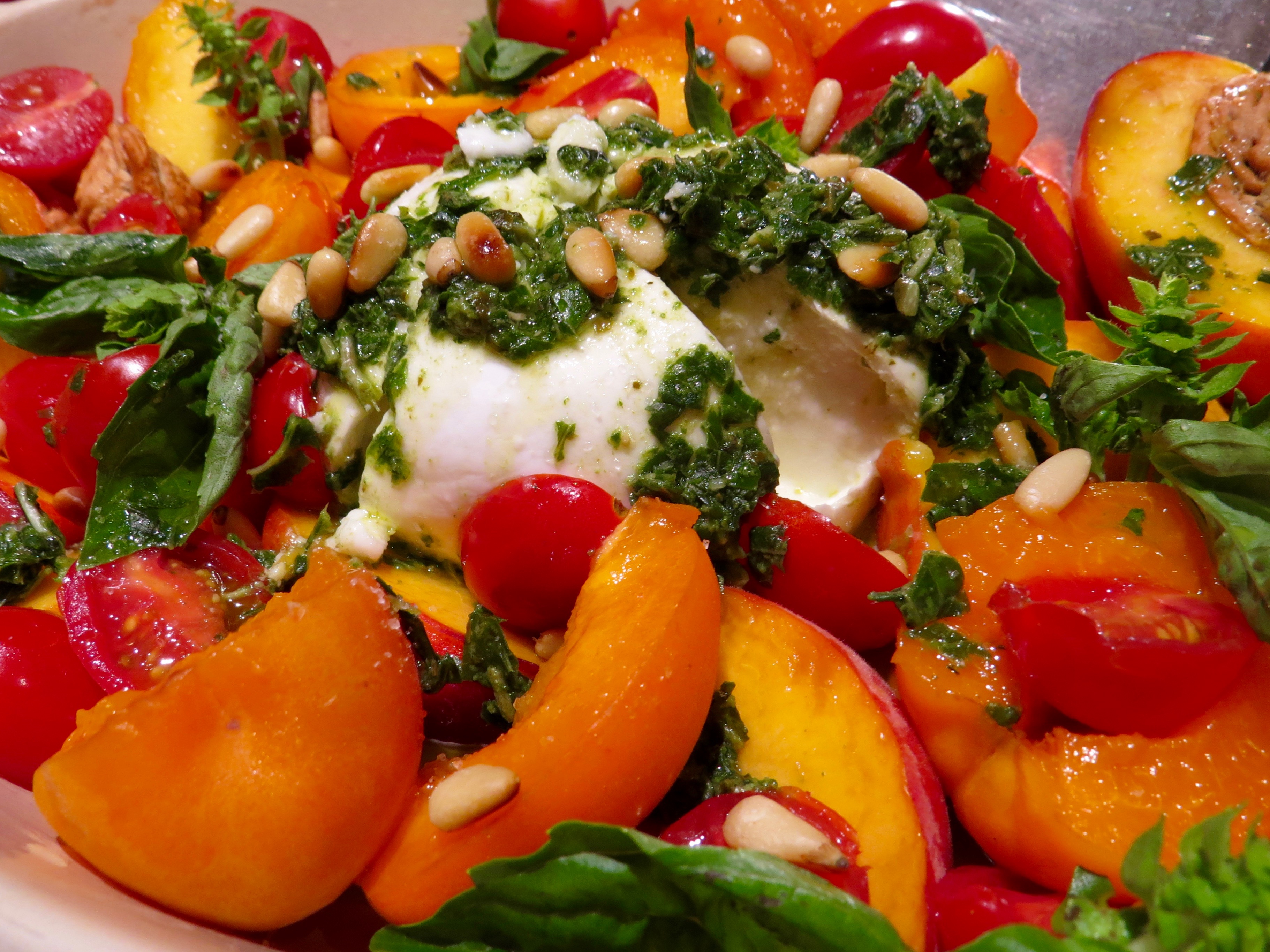 Our farmer’s market is always late out of the gate because of cooler temperatures. The stalls are now loaded so Wendy Weaver, the earliest customer at the market every Saturday, picked up peaches and apricots so I could make this gorgeous Burrata Caprese with Peaches, Tomatoes, Apricots and Basil. It’s another delicious recipe from Melissa Clark’s Dinner, Changing the Game cookbook. 1. In a small skillet over medium heat toast the pine nuts, shaking the skillet occasionally until they are golden, 3 to 5 minutes. Set aside.

2.In a blender or food processor, combine the chopped basil, lemon juice, fine sea salt and 1/4 cup olive oil. Puree until a chunky dressing forms. You do not want a smooth dressing.

3. Place the Burrata in the center of a large platter and arrange the fruit and tomatoes around it. Spoon the dressing over the cheese, leaving some for the fruits. Drizzle with additional olive oil. Top with the toasted pine nuts and a sprinkling of flaky sea salts.

1. I served it with French or rustic country bread as my dinner. Clark suggests that paper-thin prosciutto, sliced salami or smoked salmon alongside is a nice salty contrast.

2. You may also serve this to guests by slicing wedges of burrata and spooning fruit onto a small salad plate. Or they can serve themselves if you divide the burrata into wedges. 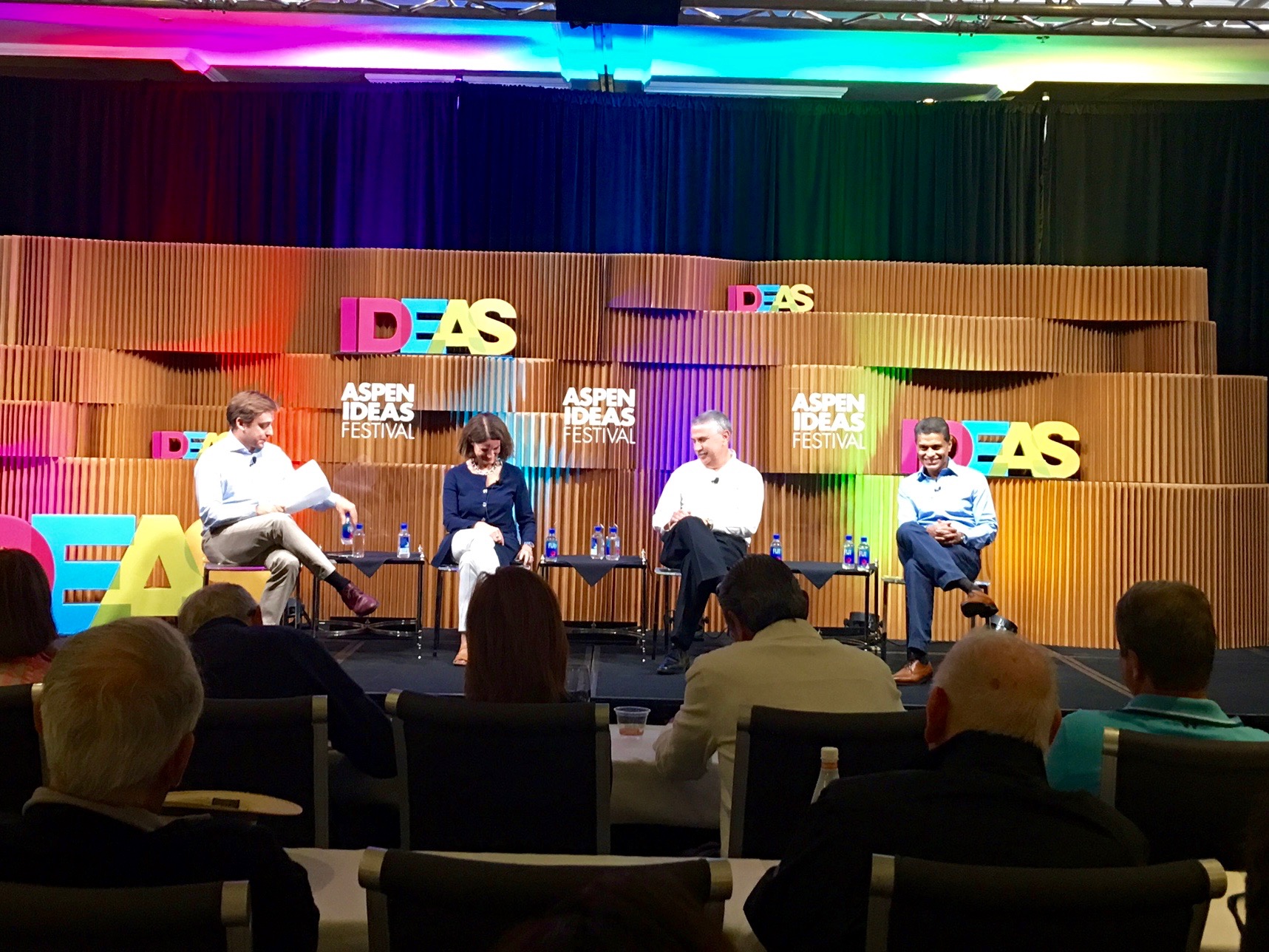