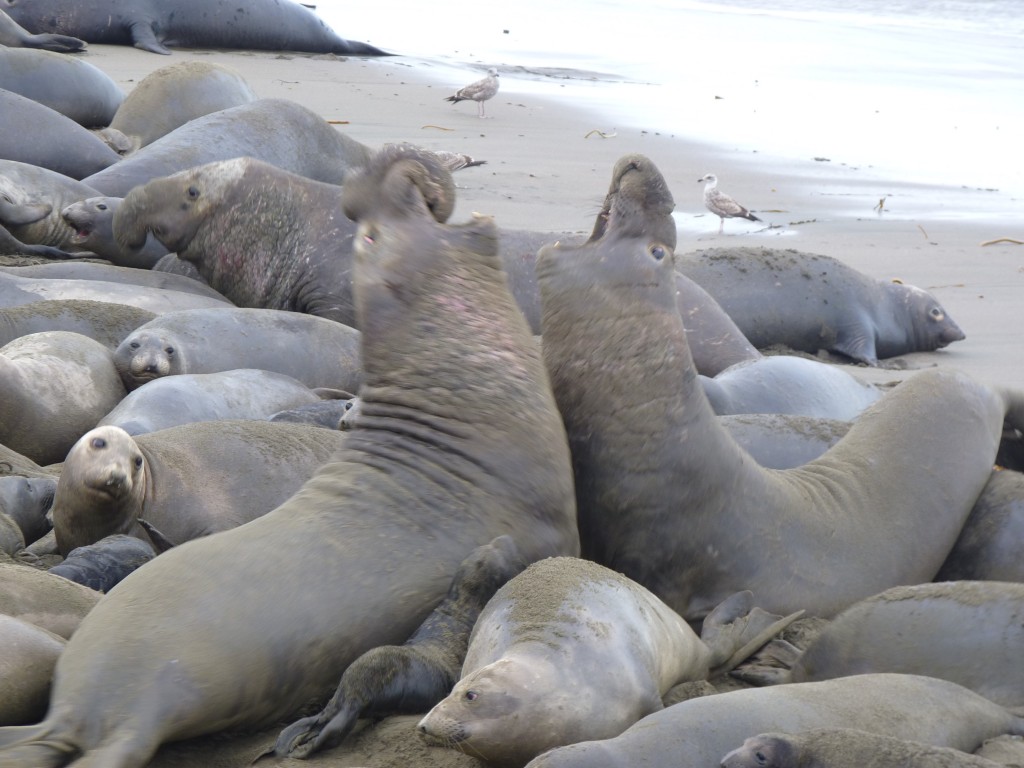 Since I needed to do some research work at both the Reagan and Nixon Presidential Libraries, I took a break from packing boxes to spend a week in sunny California. My first stop, Cambria. Seven years ago I came nose-to-proboscis with migrating elephant seals who spend the Winter on the Central Callie Coast and I haven’t missed a opportunity to visit them every year since.

This week’s French Fridays with Dorie recipe choice is Chicken Diable breasts but the organic chicken thighs in my freezer suggested I make a minor change to the recipe. Which, I did.

This classic dish, a perfect choice for Sunday night’s dinner while watching the Academy Awards, also yielded enough leftovers to keep my engine running during my drive to California last Monday. I needed to do research at both the Reagan and Nixon Presidential Libraries and could combine that work with a short stop in Cambria, visiting Colorado friends who had set up camp there for the Winter. 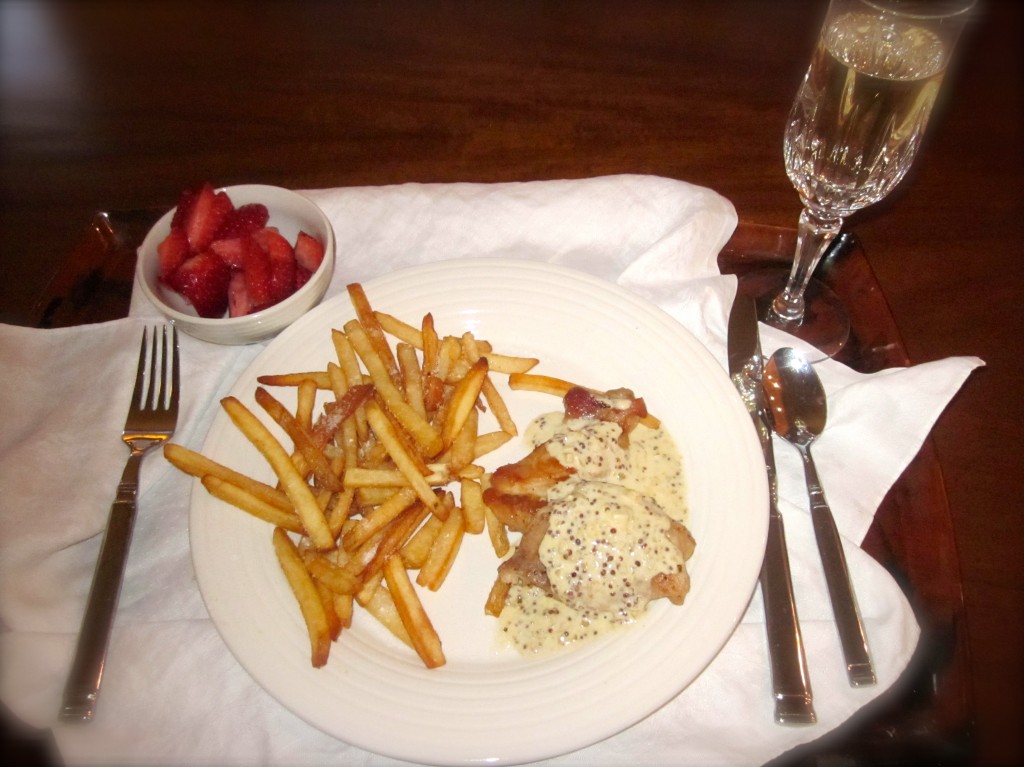 Before you comment that I seem to serve Trader Joe’s baked french fries with every meal, please understand that I’m trying to empty my freezer by mid-March.  Admittedly, I stowed a few too many bags of french fries in my freezer. I showed no restraint regarding the delicious sauce. (The devil made me do it.)  This was a perfect meal for Oscar night although I thought Naomi Watts deserved the Best Actress Award for “The Impossible” and I was pulling for “Lincoln” or “Life of Pi” for Best Picture.

“Diable is the French word for devil,” Dorie says, “and when you see it on the menu you can be pretty sure that the dish includes mustard, usually a strong Dijon mustard which is about as hot as condiments in the French kitchen get.” 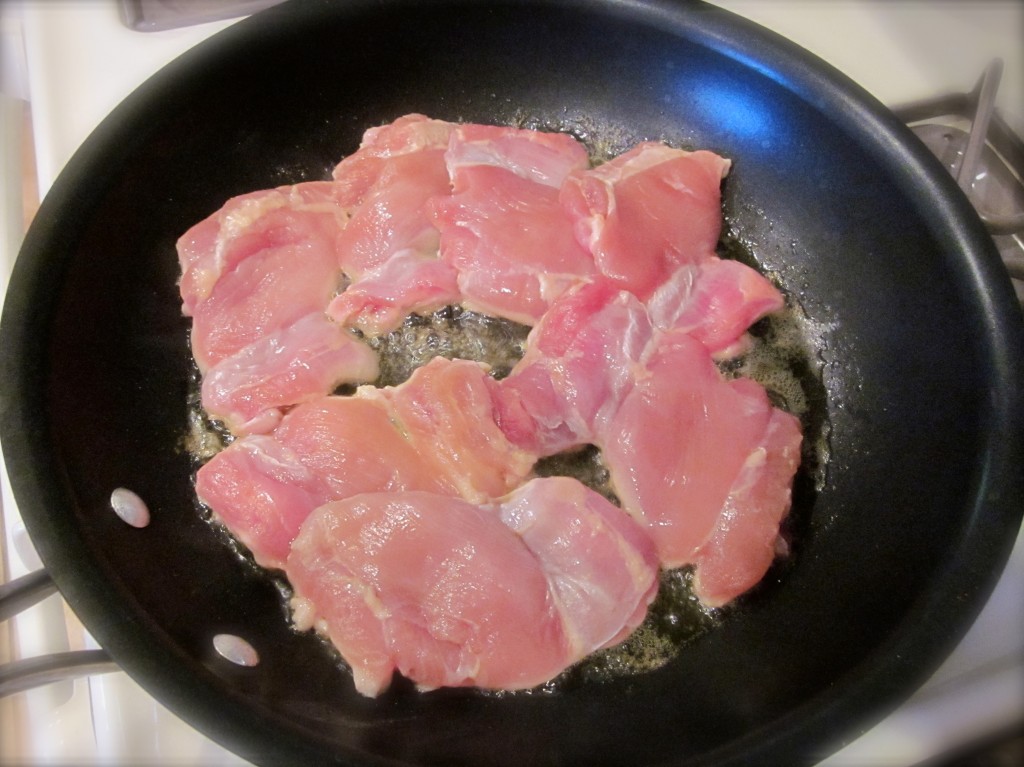 I exchanged chicken breasts for thighs, pounding them lightly before sauteing them in a pan with olive oil and butter. If you prefer beef, try a filet mignon.

Like many of Dorie’s recipes, she’s taken a traditional French dish and turned it into simple without losing any of its taste. I pounded chicken cutlets lightly before slipping them into a large skillet, coated with butter and olive oil, to sauté. Then I transferred them to a 200 degree oven for warmth before making the sauce. 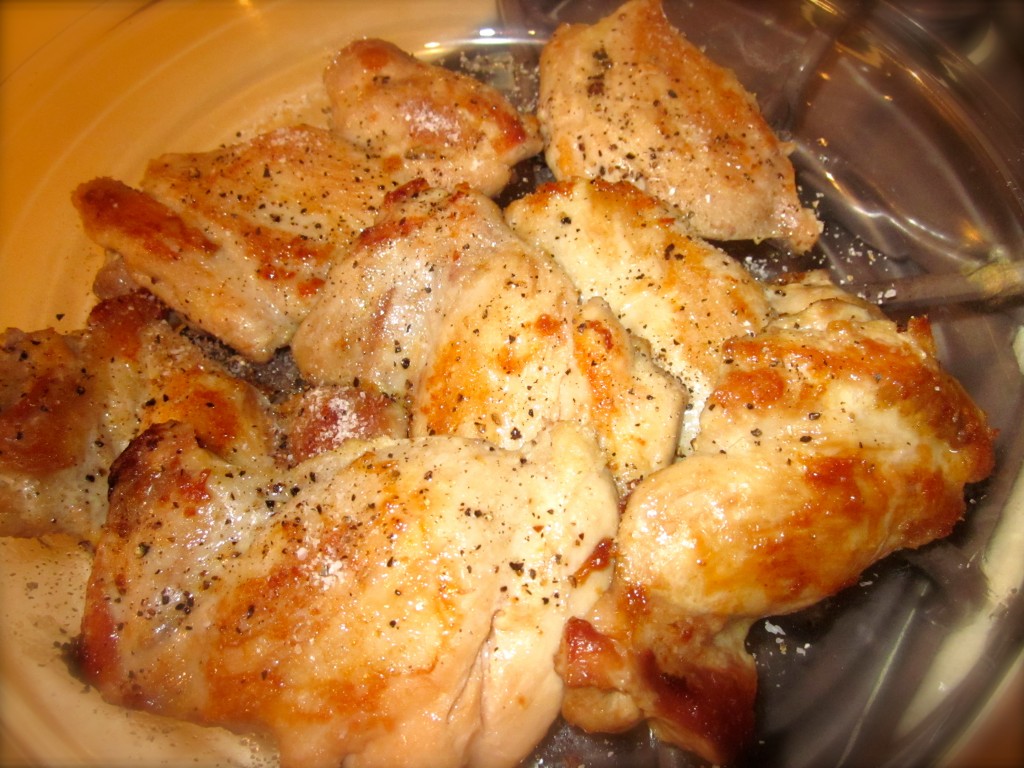 After lightly browning the chicken cutlets for about 4 minutes on each side, I transferred them to a pan, covered them with foil and slipped them into a 200 degree oven.

Using the same skillet I softened finely chopped shallots, garlic and seasonings before adding the dry white wine and heavy cream. After the sauce reached a boil, I added mustard and Worcestershire sauce and stirred to blend. Once the sauce was seasoned correctly, I removed the chicken from the oven, plated it and poured the mustard sauce over the top. It was delicious. 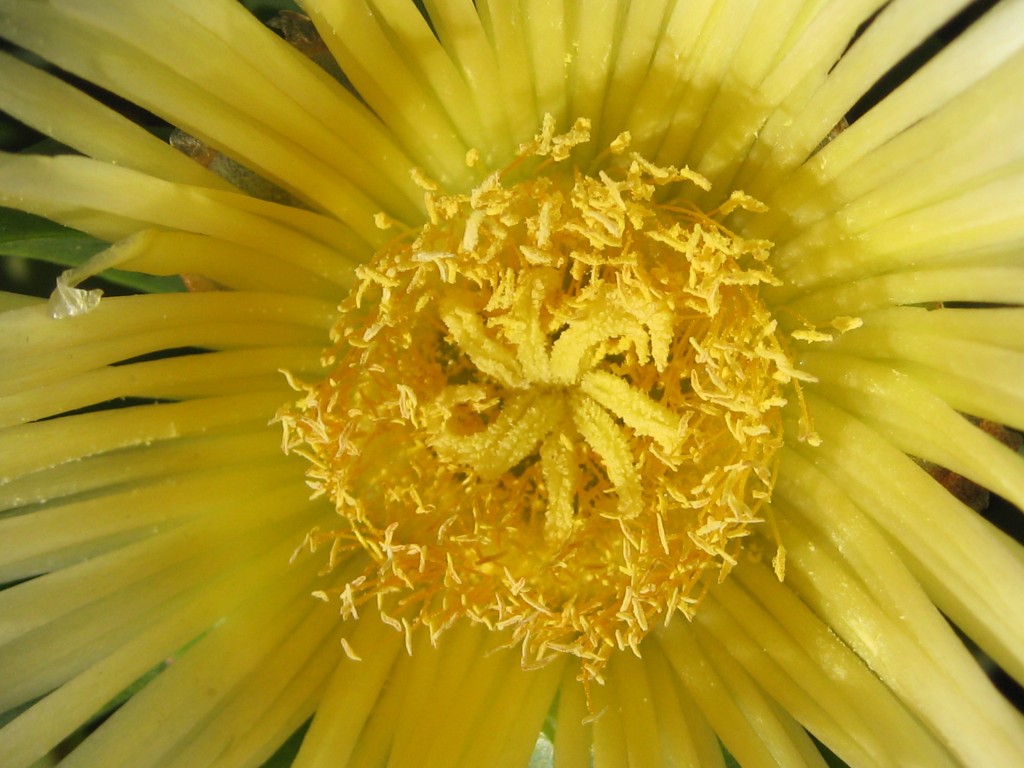 We took many hikes into the surrounding hills and along the Central coastline. Because of the wonderfully warm and sunny weather, the flowers are starting to burst into bloom. Hottentot Fig, more commonly known as Ice Plant, Carpobrotus edulis, Ice Plant family. Photo by Ruth Frey

For my trip west the next day, I cut the remaining Chicken Thighs Diable into long strips and packed them into Tupperware. Along with a few carrots and celery sticks, they provided a flavorful and protein-filled treat for the drive. 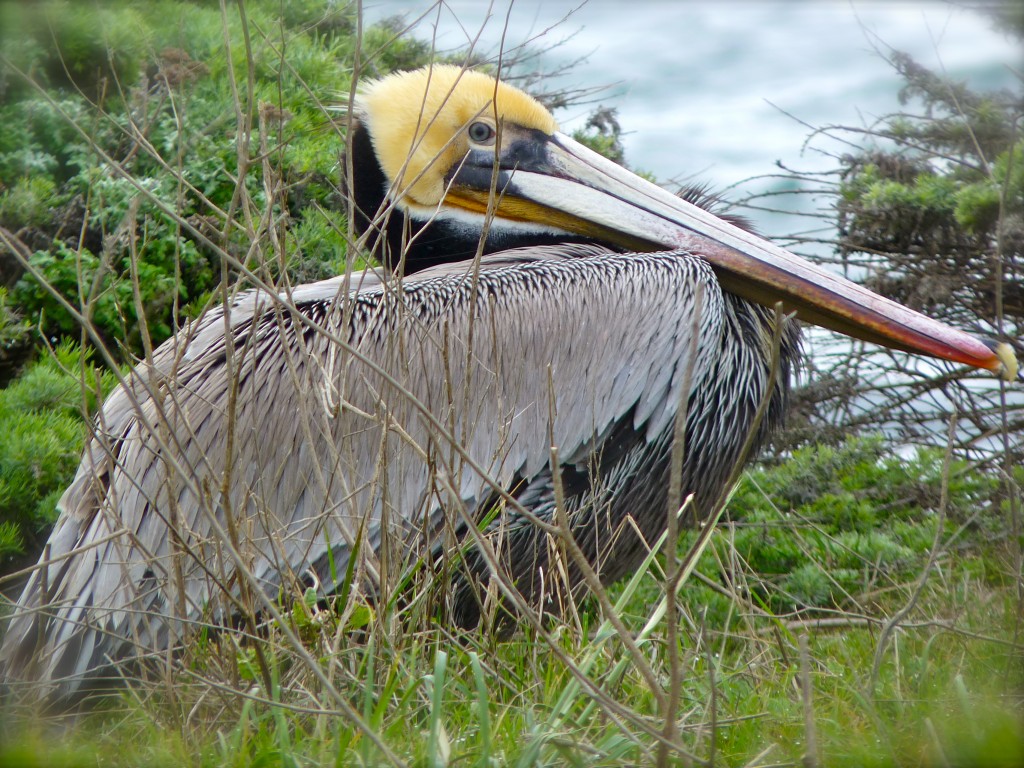 If you’d like to try Dorie’s very tasty recipe, go here. To see what others thought about this week’s recipe, go to our French Fridays with Dorie link.