In the spirit of full disclosure I’m admitting to List Addiction. My favorites are Self-improvement Lists like How To Strengthen Your Core: 8 Steps; Ten Tricks to Look 7 Years Younger or 9 Ways to Improve Your Chances of Retiring by 55. There are even audiobooks of Lists, 100 Ways to Simplify Your Life. I usually keep all that great advice to myself but this week I discovered a List that must be shared: Six Mini-habits That Can Drastically Change Your Life by blogger Rizwan Aseem. 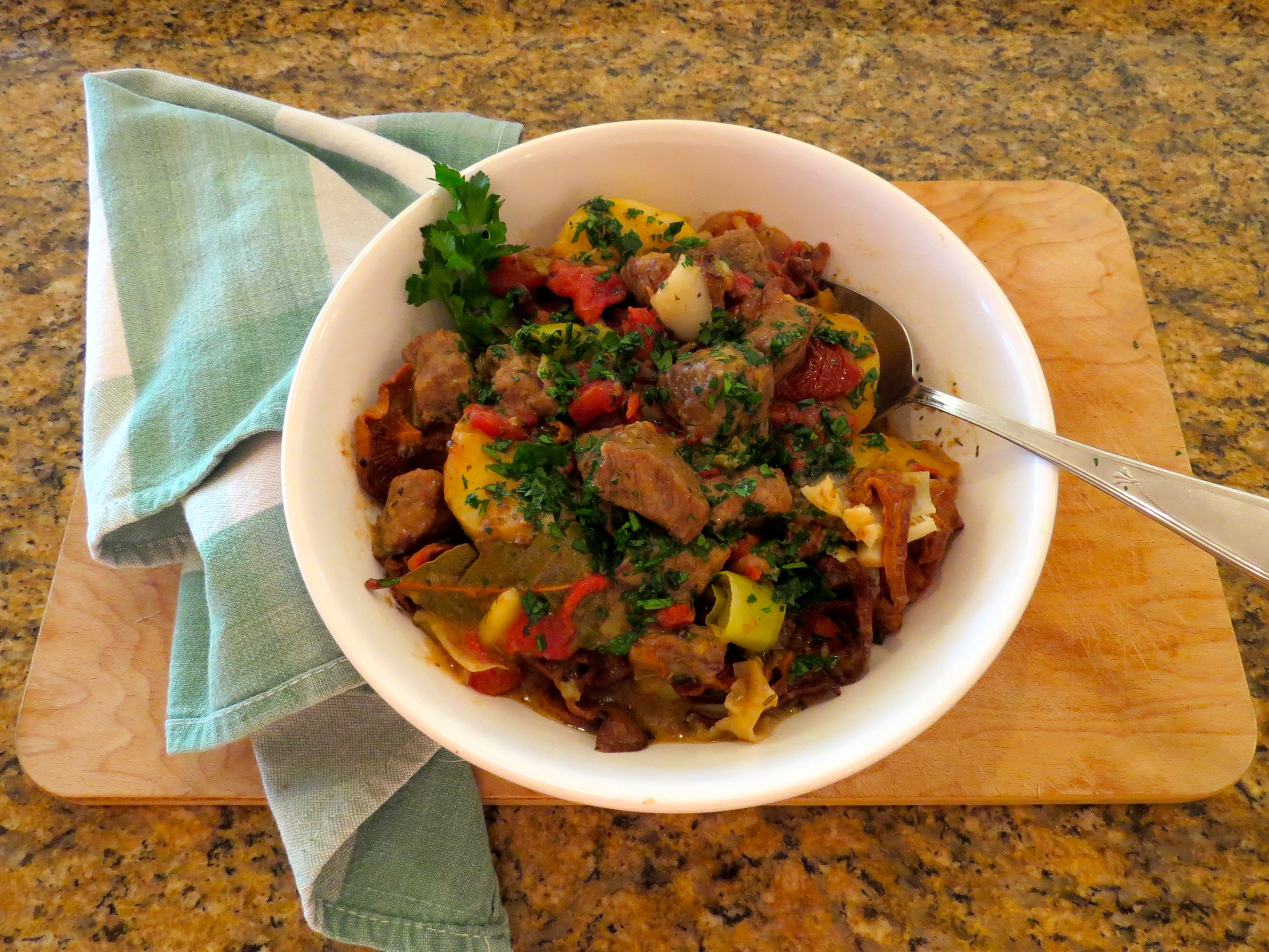 I used beef instead of veal for this week’s French Friday’s recipe, Beef Marengo.

Before I drastically change lives, however, I am going to feed you. This week’s French Fridays recipe is Veal Marengo, a dish created in 1800 by Napoleon Bonaparte’s chef to honor his boss’ success at the Battle of Marengo. For those of you unfamiliar with that battle, the French beat the Austrians on Italian soil. That was a very big deal, deserving of a celebratory entrée and commemorated by Puccini’s three-act opera, Tosca

Unlike Napoleon, I don’t like veal. I substituted beef. If you prefer chicken, that works wonderfully also. Supposedly, Marengo, an upscaled version of stew, was created with food supplies available on the battlefield… meat, onions, tomatoes, mushrooms and white wine. Someone found a few potatoes and a French classic which has endured for over 200 years was born. 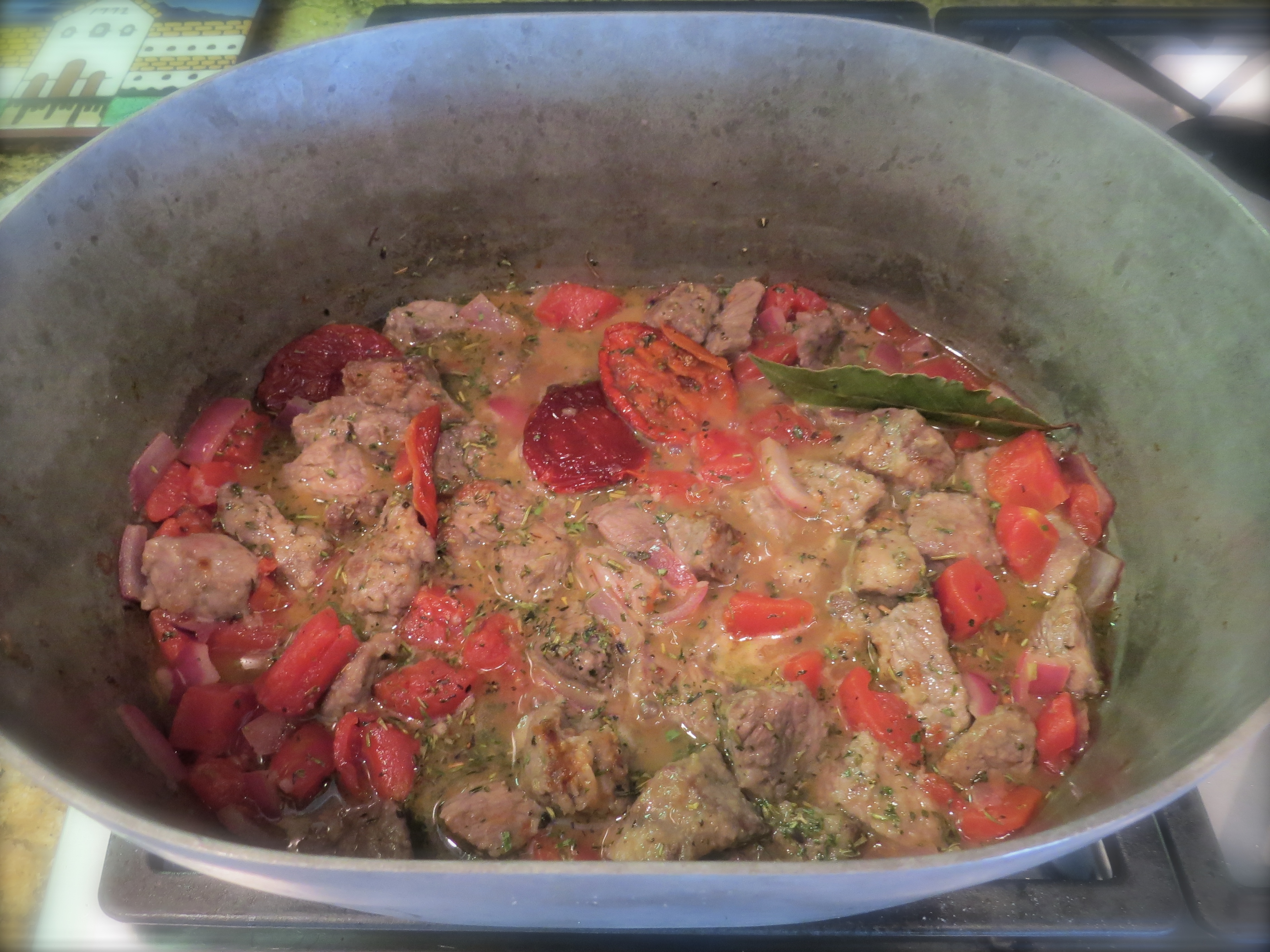 The top-of-the-stove duties are completed and the stew is ready for the oven.

Veal (Beef, Chicken) Marengo, with a salad and crusty bread, is an ample and adaptable meal. I had freshly harvested leeks in my fridge so substituted them for onions. After refreshing a package of exotic mushrooms, I used them instead of ordinary ones. What makes this recipe so useful is its adaptability. Any vegetable you have in the fridge will work with your choice of meat, onions, tomatoes and wine. You will find the recipe, have fun with it, here. 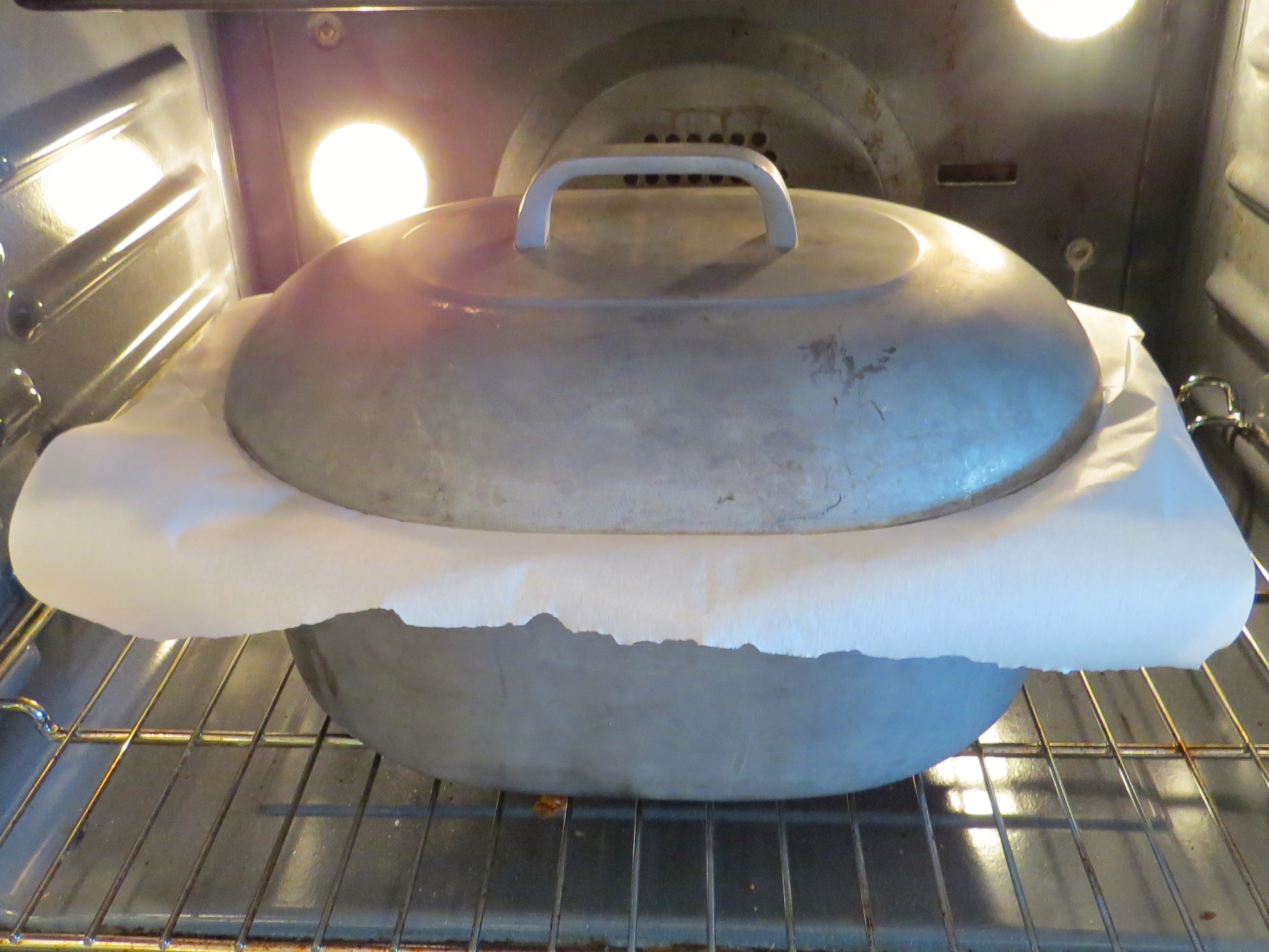 Dorie suggests putting parchment paper between the pan and the lid to keep the liquids from evaporating. A new technique that worked.

Now back to drastically changing your life. The best thing about this List is you’re probably doing half of them already. To my thinking, that’s instant success. Your self-esteem is rising rapidly. You’re halfway home.

Habit #1: Make your bed shortly after you wake up in the morning.

You’ve finished a daily task immediately, leaving a neat, tidy bed to return to at night. When you return home in the evening, you’re weary. Maybe some efforts haven’t gone your way. The end of the day not only brings relief but also an inviting, comfortable bed.

Habit #2: Put things back where you’ve found them.

When you return things to their proper places you drastically clear clutter in your life. What is more important, when you need them again, they will be there.

Habit #3: Pick up clutter before you go to sleep at night.

Practice #2 so this habit will not swallow up your time. If you wake up to messy and cluttered, you wake up grumpy. You just do. 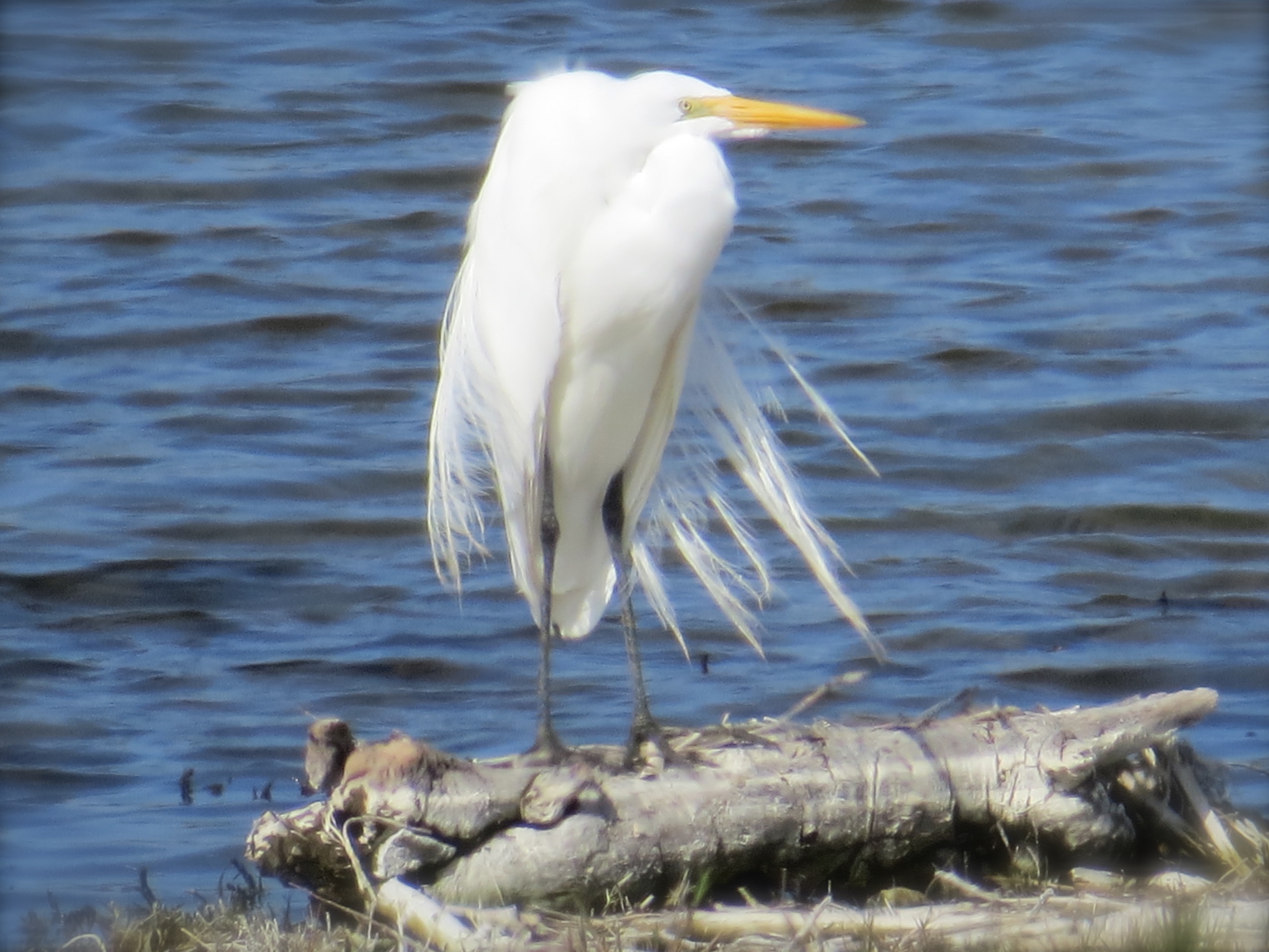 Last week-end was cold and blustery. It was perfect for my Beef Marengo menu but not so nice for the Great Egret.

Habit #4: Dress slightly better than the occasion calls for.

My daughter, Melissa, was once asked for the best advice her mother ever gave her. She had two answers. “The advice I now most appreciate from my mother,” Melissa said, “I hated while growing up. My mother insisted upon handwritten, timely thank-you notes. Her philosophy was: if someone did something nice for you, they needed to be thanked in writing, appreciating not only the gift, but the giver, and helping me realize how lucky I was to have both.”

The second piece of advice I gave her was when she left the house, wherever she was going, to look nice, to be presentable, showing respect. “My mother’s reasoning,” she said, “was if you’re dressed for the part, whatever it may be, you walk out the front door, confident, not having to think or worry about it.”

Habit #5: Be consistently enthusiastic and optimistic.

“You won’t even notice this,” Aseem writes, “but you’ll wake up happier, and with more energy and a skip in your step.”

This is my favorite, unchartered territory for me. I’m giving it a month

Here’s how the post-it technique works. Whatever projects you have to do tomorrow, choose only the five that will make the most impact on your professional and personal life. Everything else goes on the back burner, in the drawer, forgotten for another day. Write them on a post-it. Then, post it. Check them off as you knock them off. At the end of the day, mission accomplished. Your mind, on most days, will no longer need to focus on the things you didn’t get done. 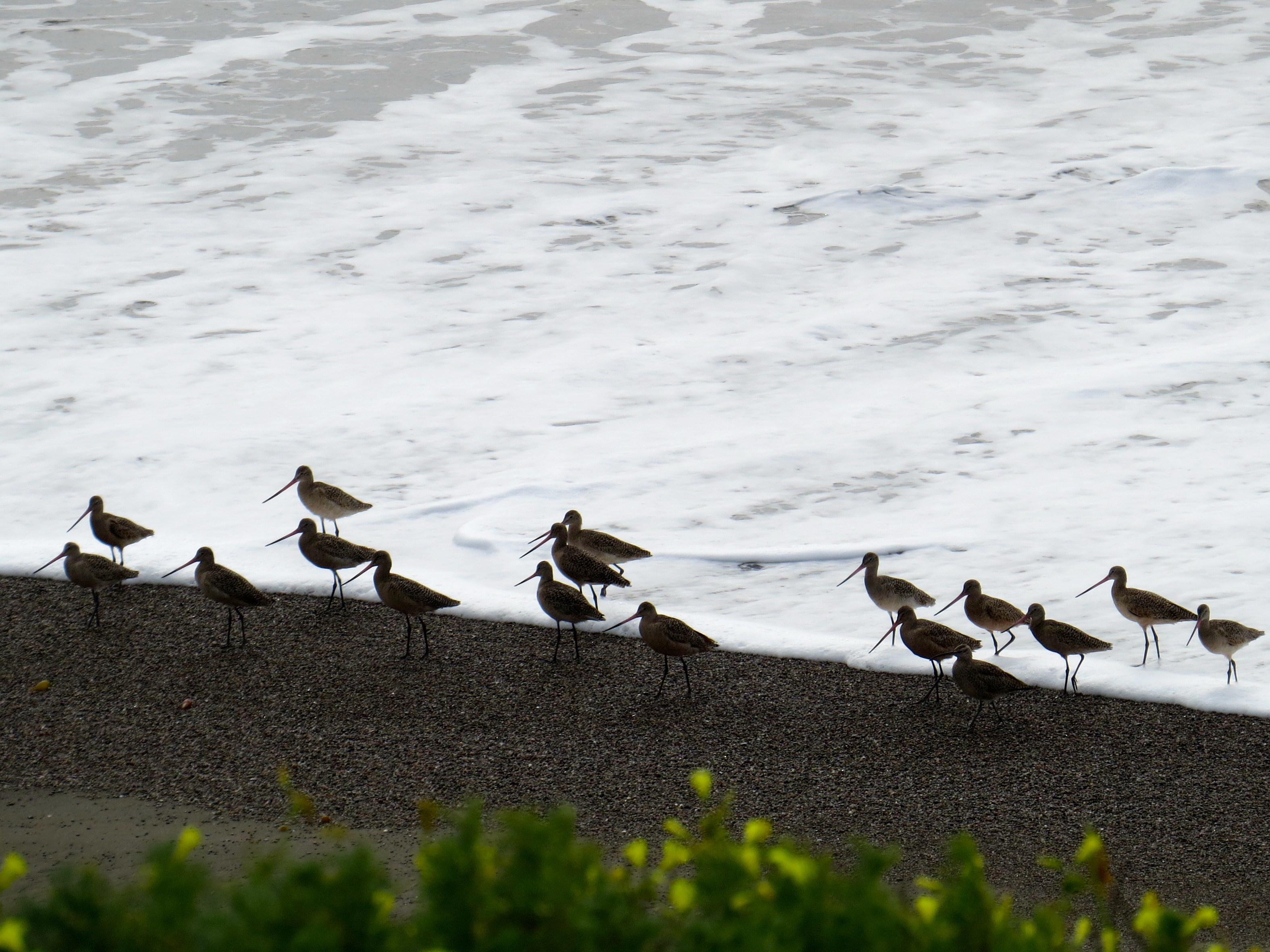 These shorebirds are hunkering down on a dark and gloomy Sunday.

My report card is #1, #4, #5, A-Plus. #2 and #3, C to C-. I’m not a slob but I plead guilty to messy. If I followed #2, I would not need 10 pair of glasses scattered around my house. If I followed #3, I would not need to devote three hours tomorrow morning to picking up my house. Right now, as I’m heating up Beef Marengo for tonight’s dinner, I’m thinking about tomorrow’s first post-it. And also wanting to remind you that French Fridays with Dorie is an international group of food bloggers who are cooking their way through Dorie Greenspan’s Around My French Table cookbook. You can visit the FFWD site here.