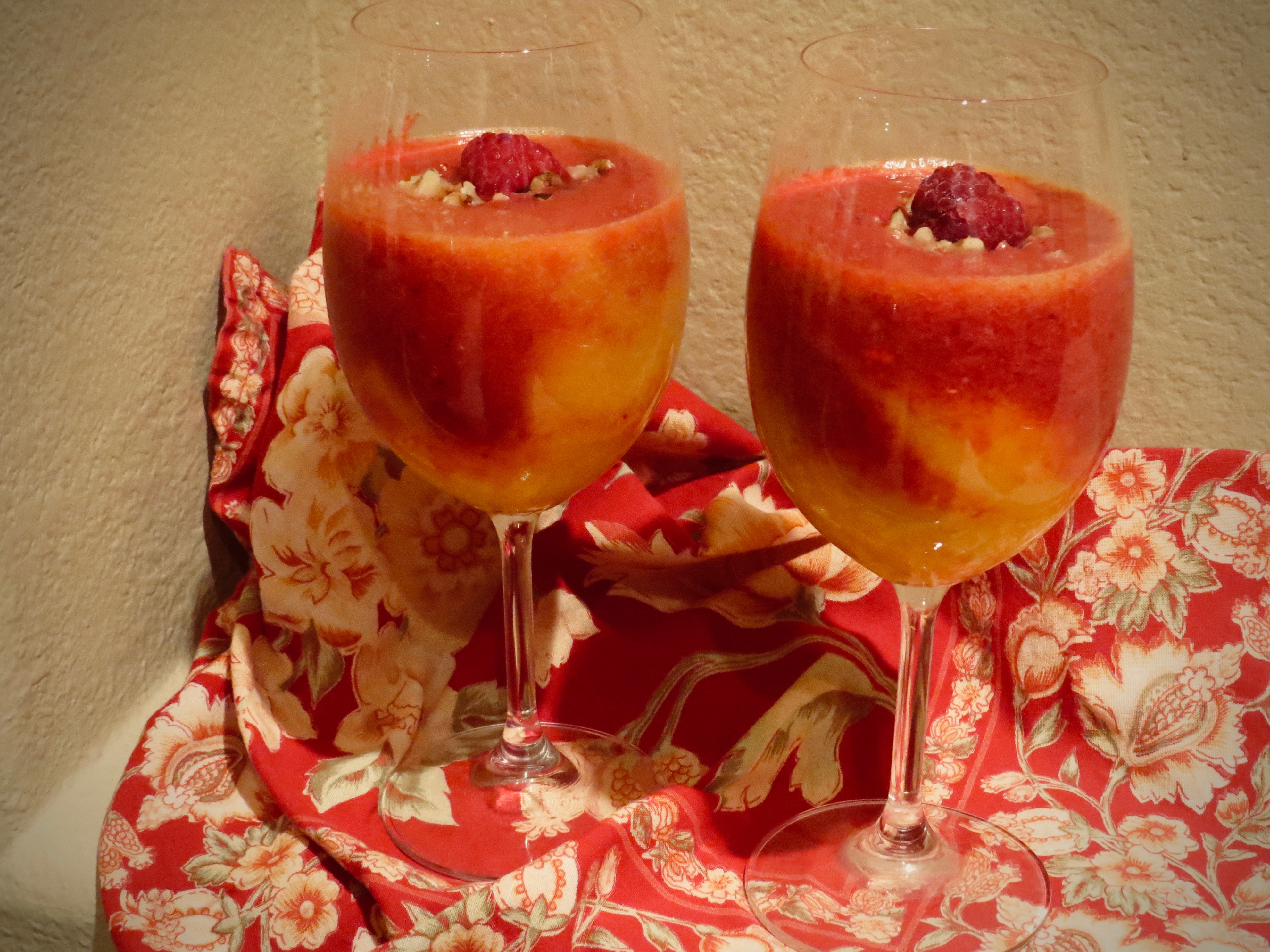 BE A FLU FIGHTER

It’s time to take up arms. If Influenza A H3N2 heads your way, Just Say No.

Shot or Not is the question. (Still time.) Vaccination is a personal decision. Our family always takes the needle because Michael, who was a doctor, said so. He also said, “There’s no simple surgery, just simple surgeons,” and “If it’s a foreign object it belongs in a jar.” He also said, “Never buy a second house until you’ve sold the first.” But, I digress….. 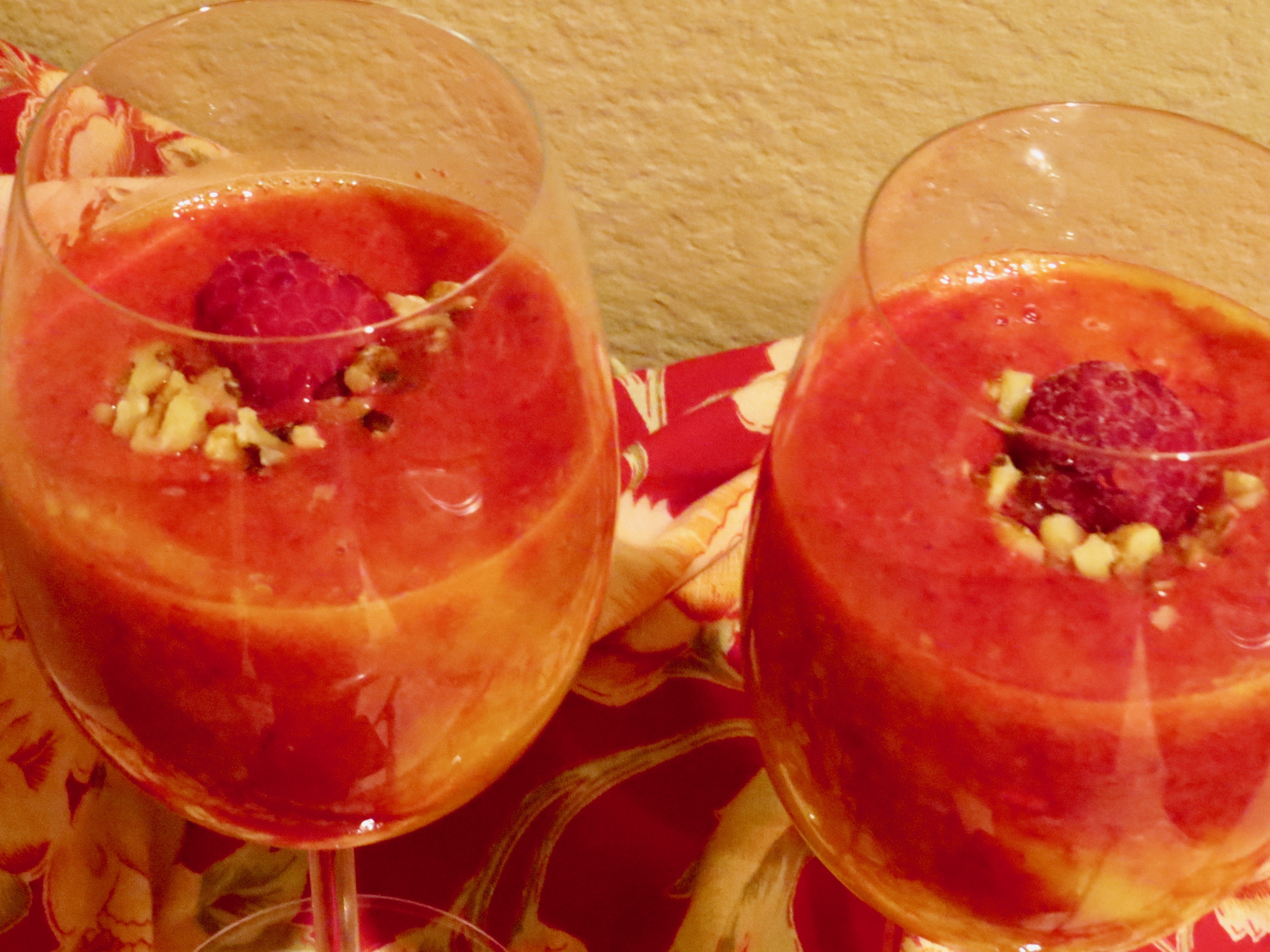 Seriously, readers, this is a particularly virulent monster. Ironically it’s the 100th anniversary of the 1918 global influenza pandemic that killed between 50 to 100 million victims. The Center for Disease Control is warning us that babies and the elderly are particularly vulnerable. Curiosity led me to check what CDC meant by “elderly.” 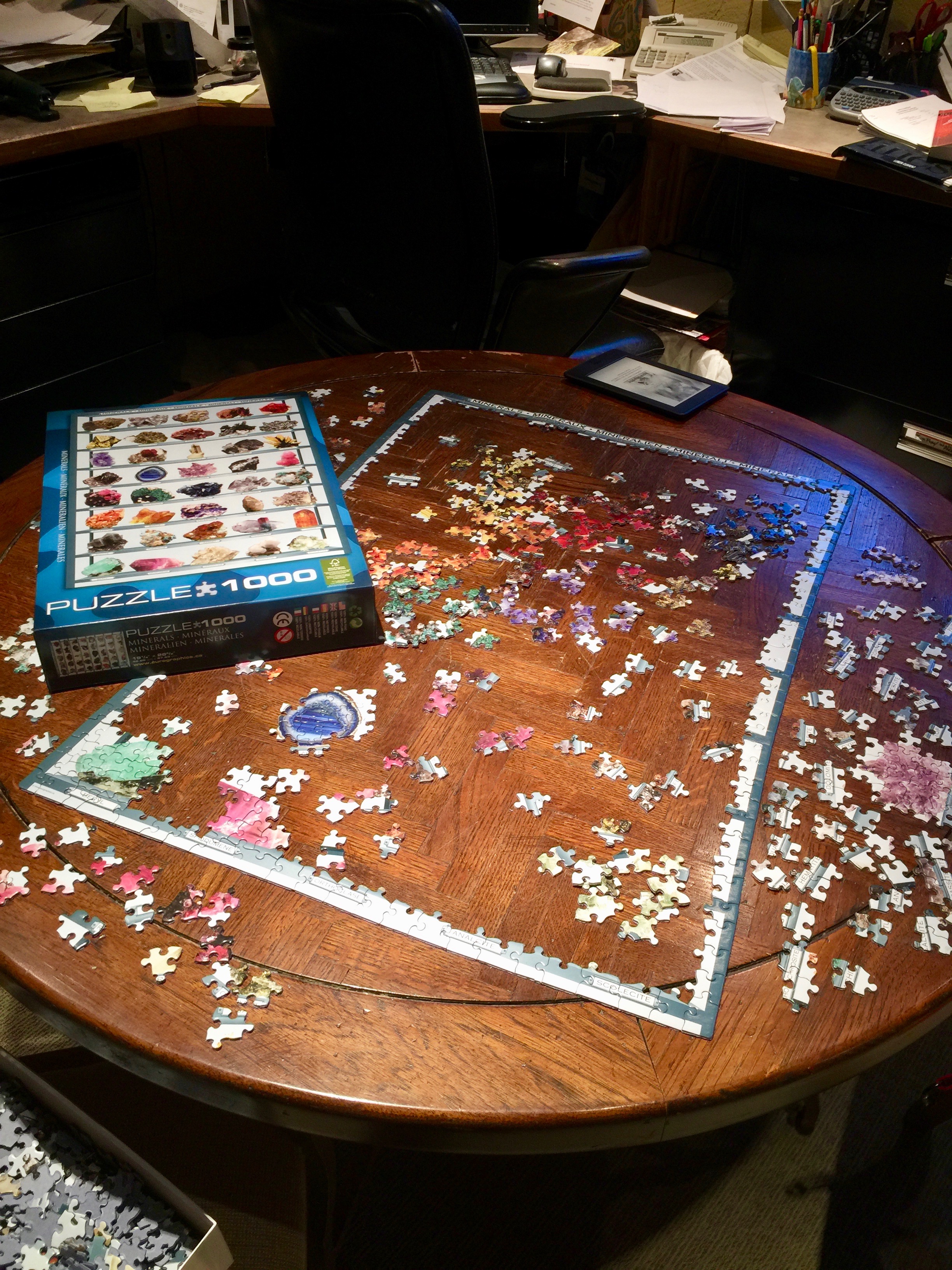 If you’re sick, stay home. Do a puzzle. Amateur geologist Donna Grauer finds a project for her down time.

Here’s a shocker. I am, uh, elderly. And, if you’re over 65 you are also. Indignities aside, tinker with your winter’s lifestyle habits to protect yourself and those you love. To encourage healthier eating, here’s a delicious hack to consuming more fruits and vegetables. Colorado food blogger/author Tieghan Gerard created this Immune Boosting Winter Smoothie which she says is “jam packed with vitamin C and plenty of nutrients like fiber and antioxidants.” 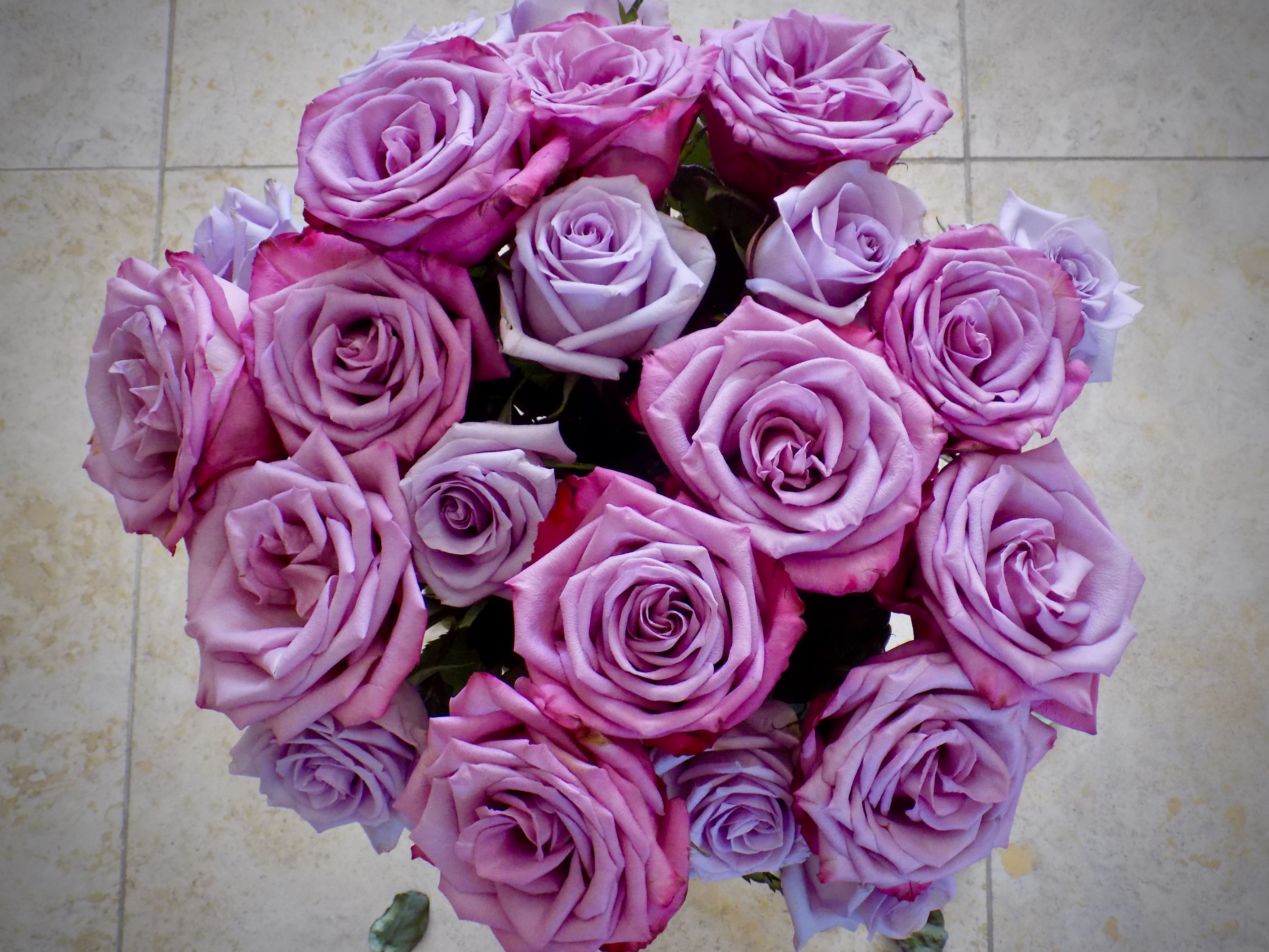 I know, I know. These roses are over. The leaves are brittle. But I thought they were quite lovely. Another week, perhaps?

In the early 70’s as a single mother raising two girls, I won a generous Gannett Fellowship which helped bankroll my graduate degree at Iowa State. The University offered me an instructorship, structuring it to include health insurance. I also worked 2 days a week as an assistant magazine editor in nearby Des Moines, 36 miles from Ames. I loved my editorial work. 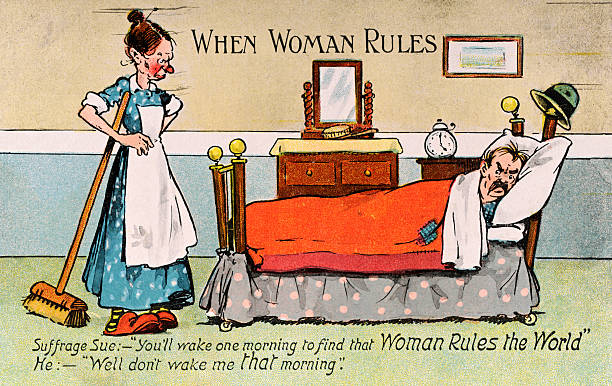 One day while working in Des Moines, a young woman walked into our office. Her travel agency had erroneously ticketed my boss’s flight plans. He was angry. She went into his office and, when leaving, was visibly upset. As she headed out the door, he walked into the front office and said loudly, “There goes further justification why men should be paid more than women.”

She was humiliated. I didn’t say a word in her defense. (Brave Mary, huh?) No one did. Please understand my male boss was a good guy and well-respected in the community. But he didn’t think twice about that statement. I, on the other hand, never forgot it. Despite the fact that I desperately needed that job, I needed to walk away. During my Iunch break that day I began looking for another job and soon was working elsewhere. 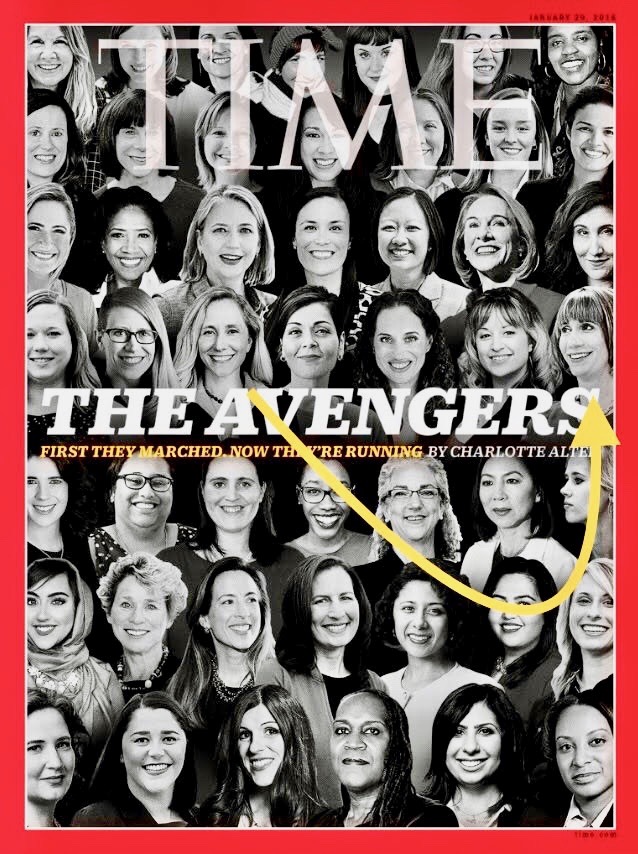 This week’s Time’s cover to honor the one-year anniversary of the world-wide women’s march.

When I asked my over-65 women friends if they’d suffered some level of verbal abuse in the workplace, most said yes and worse. Although, like me, they don’t ever revisit or discuss those painful workplace encounters it remains part of our fabric and armor. That’s why we find these #TimesUp revelations so distressing. For the past 40 years we’ve been consciously trying to level the playing field. #NotEnough

Although International Women’s Day is more celebrated worldwide than in the United States, I usually gather female friends for dinner.

Have our efforts counted for anything? More importantly, will this present-day crusade move the needle? “It’s hard to see when you’re in the middle of it,” says presidential historian Doris Kearns Goodwin. “But it feels like something is happening, a fervor, an excitement, an optimism.” 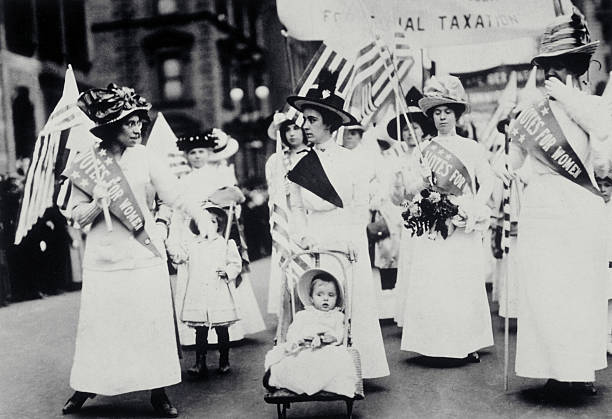 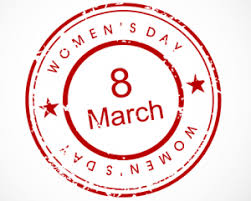 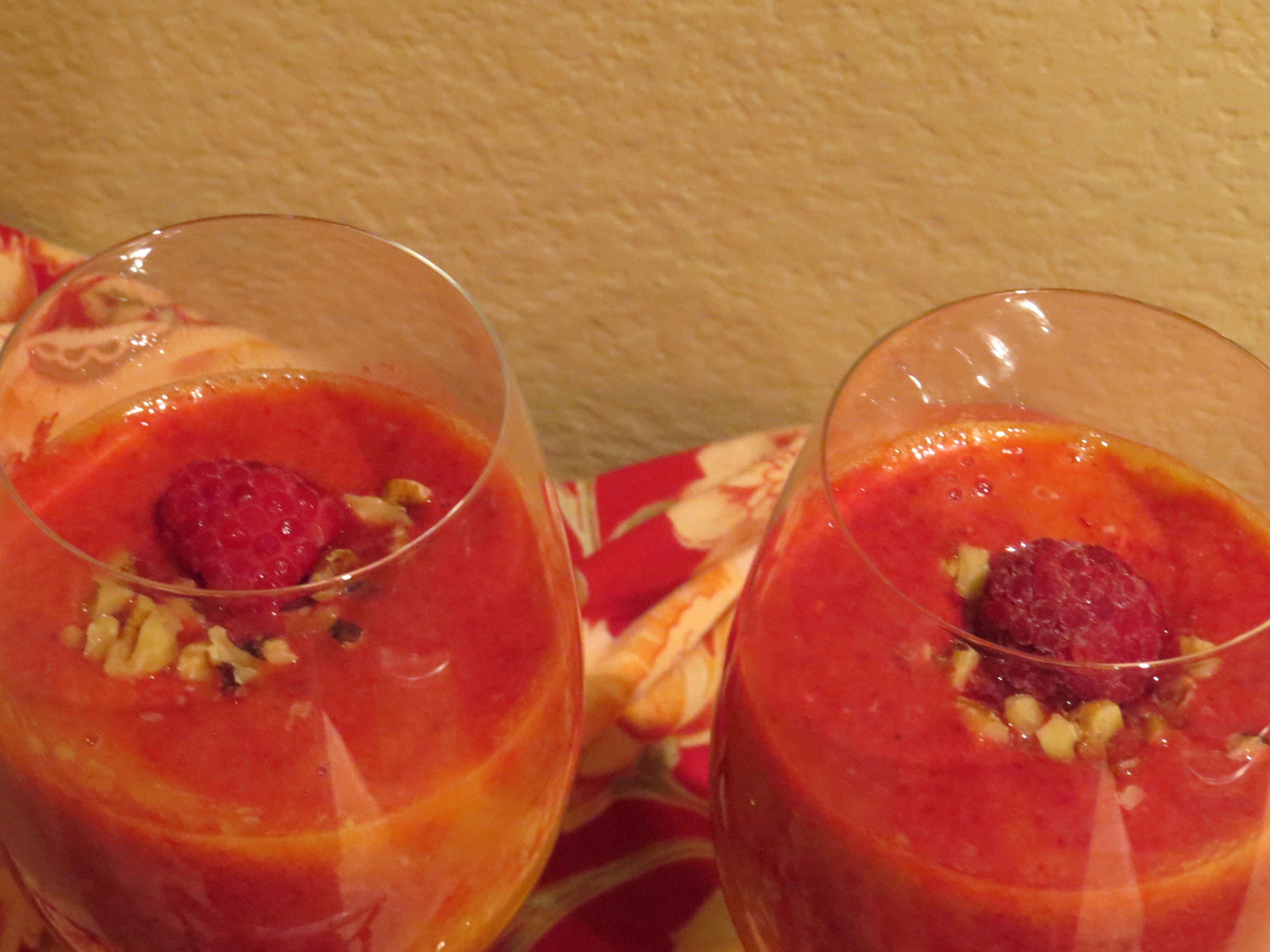 2. Rinse the blender out. Combine the beet, raw or cooked, “red” fruits, orange, and pomegranate juice. Blend until smooth and creamy, adding more pomegranate juice if needed to reach your desired consistency.

3. Pour over the mango mixture and stir gently to swirl. Top with toasted seeds or chopped toasted walnuts, if desired. Enjoy! 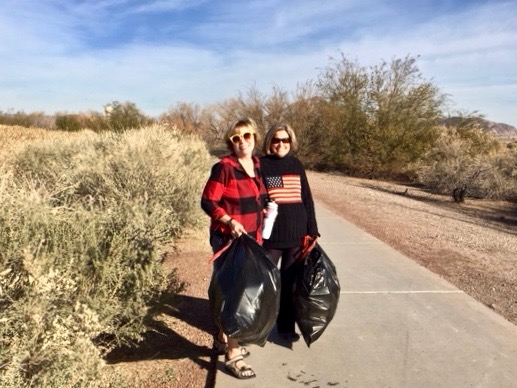 This morning Ardyth initiated me into the corp at the new 210-acre Wetlands Park Nature Preserve in Henderson. She and her husband volunteer here like I do in Aspen. Our chores are identical.

« NOT MY USUAL HO!HO!HO!
SEVEN YEARS of BLOGGING & SAN MIGUEL »