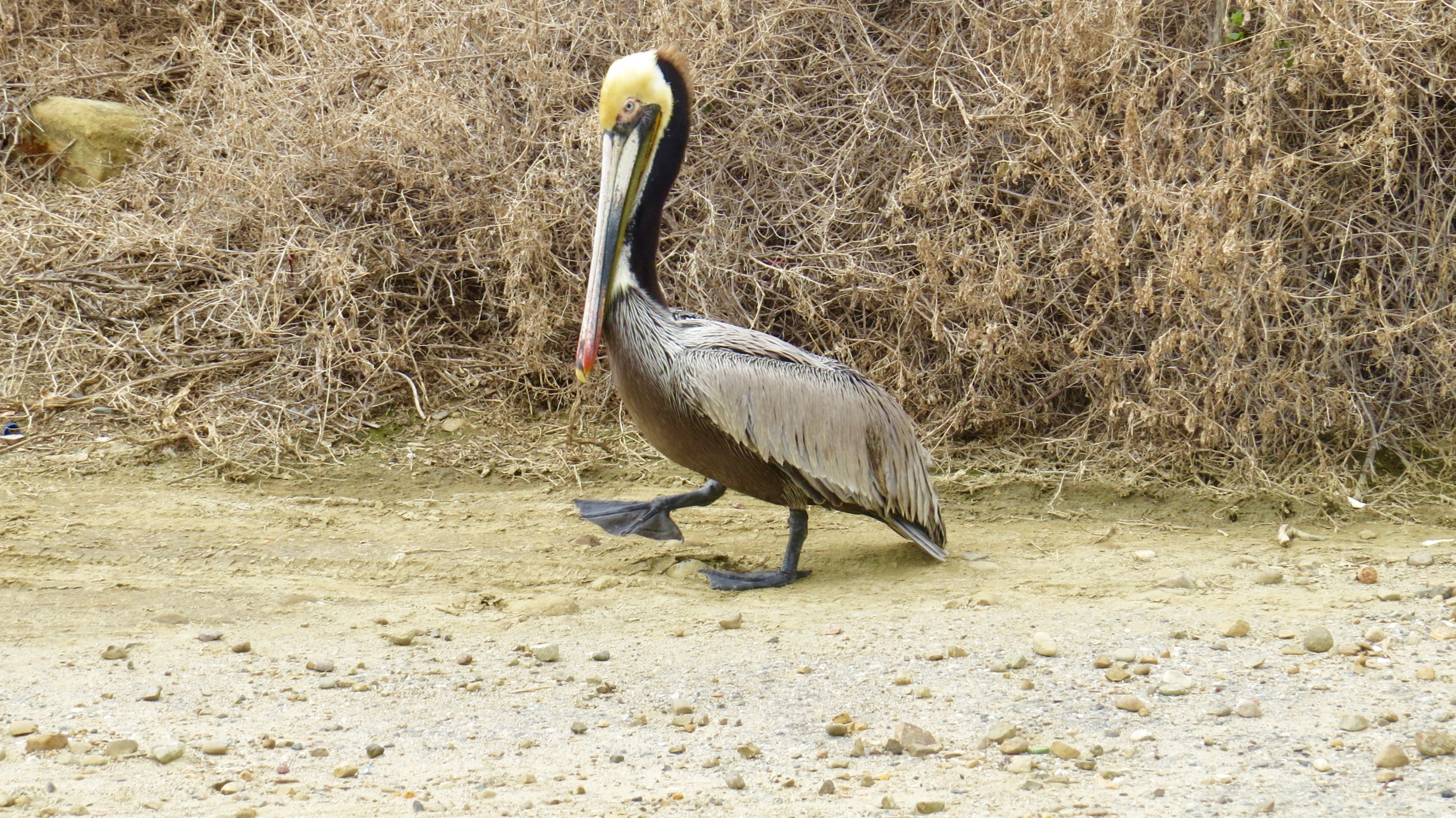 If you’re ever in Aspen and receive an invitation to have dinner with Cathy O’Connell and her husband, Fred Venrick, say, “Yes.”

Until last September their back door was a short two blocks from my front door at The Gant. Although I never heard her complain, Cathy’s kitchen was tinier than my present mini-one. When they decided to move to a more sizable townhouse this fall, I threatened to throw myself in front of their moving van. 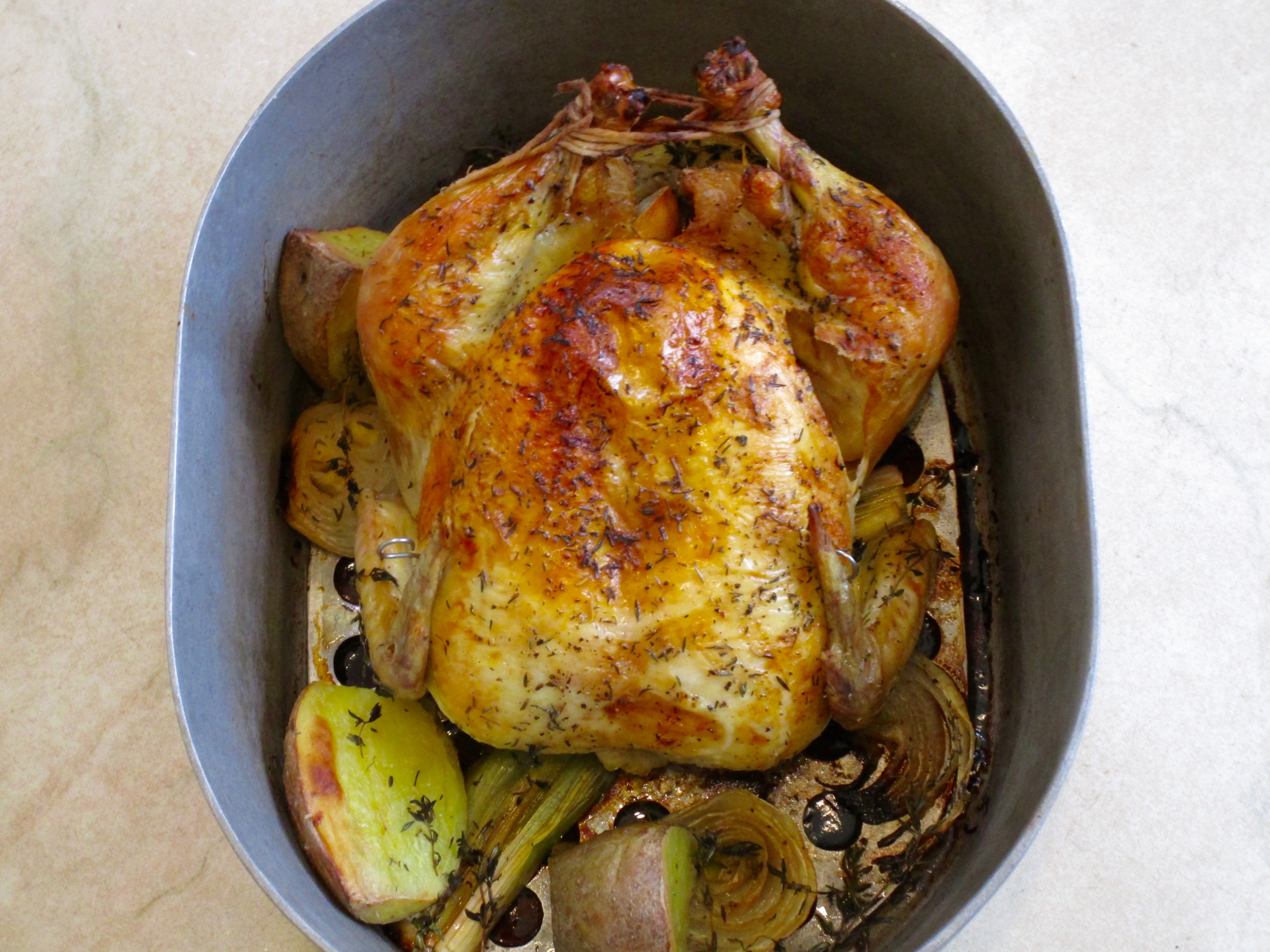 Not only are CathyandFred (pronounced in one breath) personal friends, they’ve also constantly welcomed me to their table. For the 8 years Michael and I lived in Nevada, I returned like clockwork three days/twice a year to Aspen. After a nine-hour drive with my long list of to-dos, scheduled meals weren’t a priority. Happily there would always be a message waiting, “Hey, Mar, we expect you for dinner tonight.” 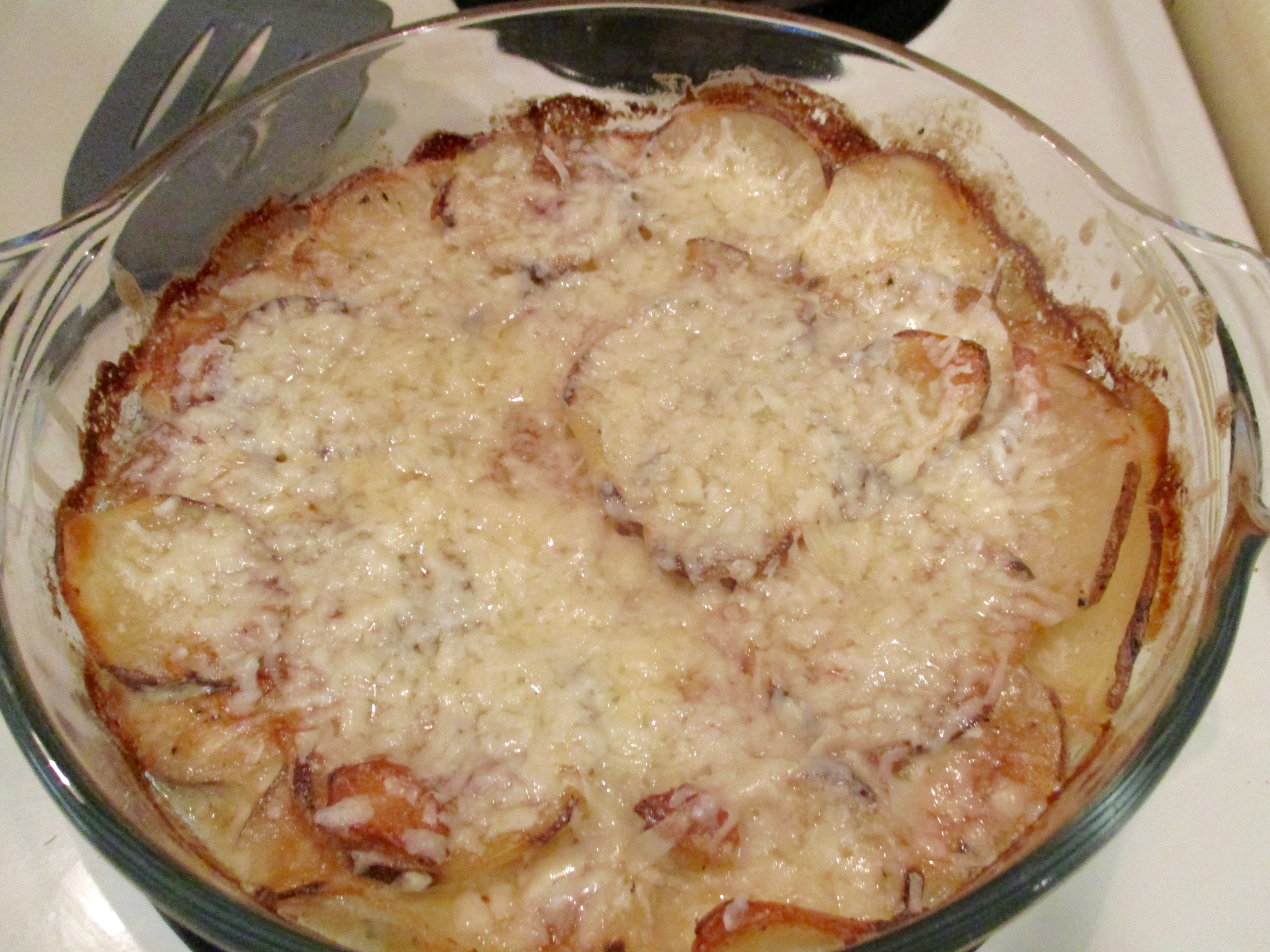 I hope you all have friends like the Venricks who just love sharing delicious food and fine drink with others. They don’t know strangers. When Cathy meets an engaging skier on the lift or Fred encounters a potential hiking partner, they not only say, “Let’s get together.” but actually make it happen. 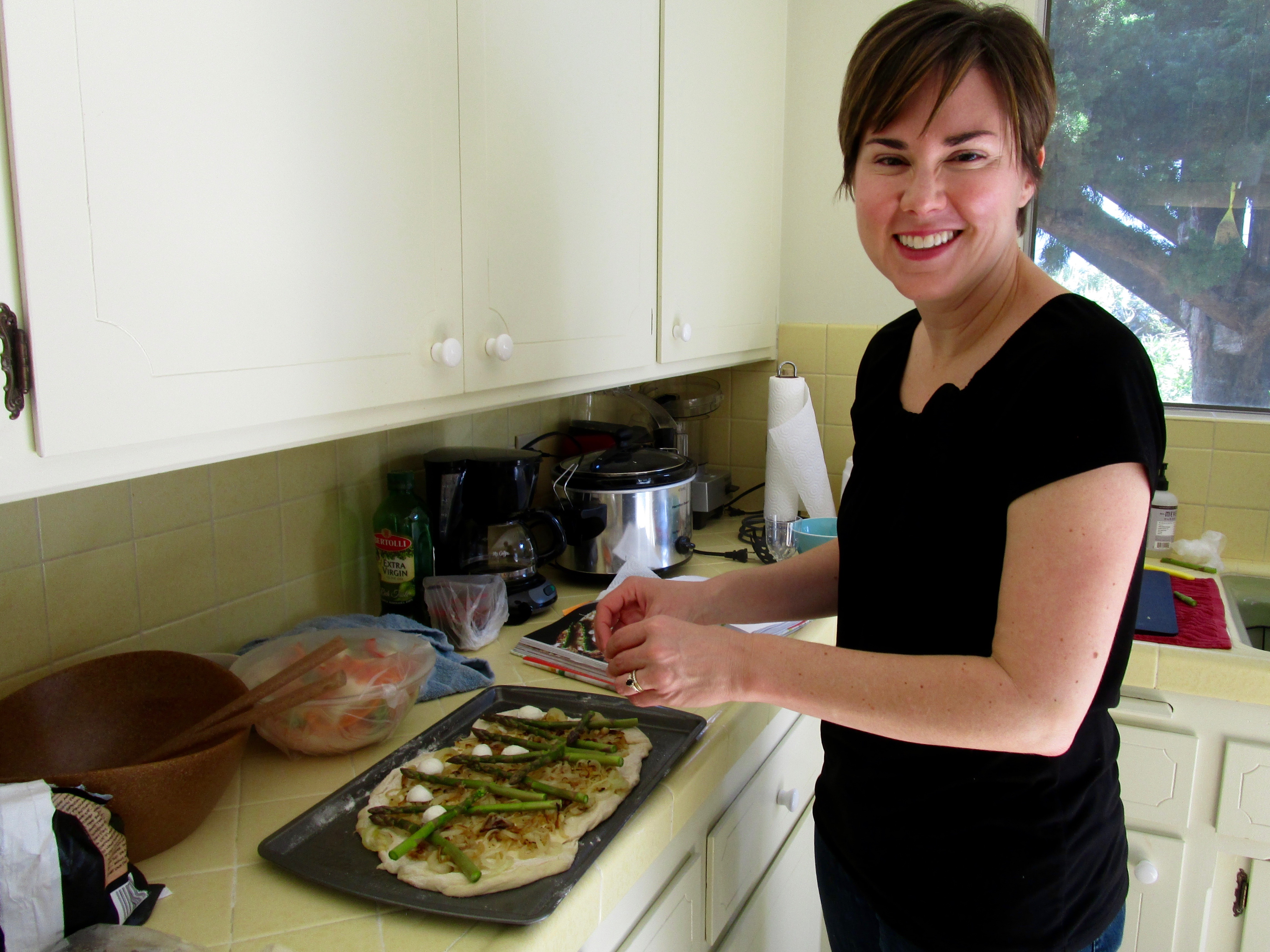 Cathy, like so many of my friends, serves up sensational. While Fred pops the corks, she manages to effortlessly turn out a meal. May I remind you again of that Lilliputian kitchen? When I once complimented her effusively on a braised lamb shanks and mashed potatoes with fennel dish, she shrugged off the praise, “I’m not such a good cook, Mar, but I am a really, really good picker.” 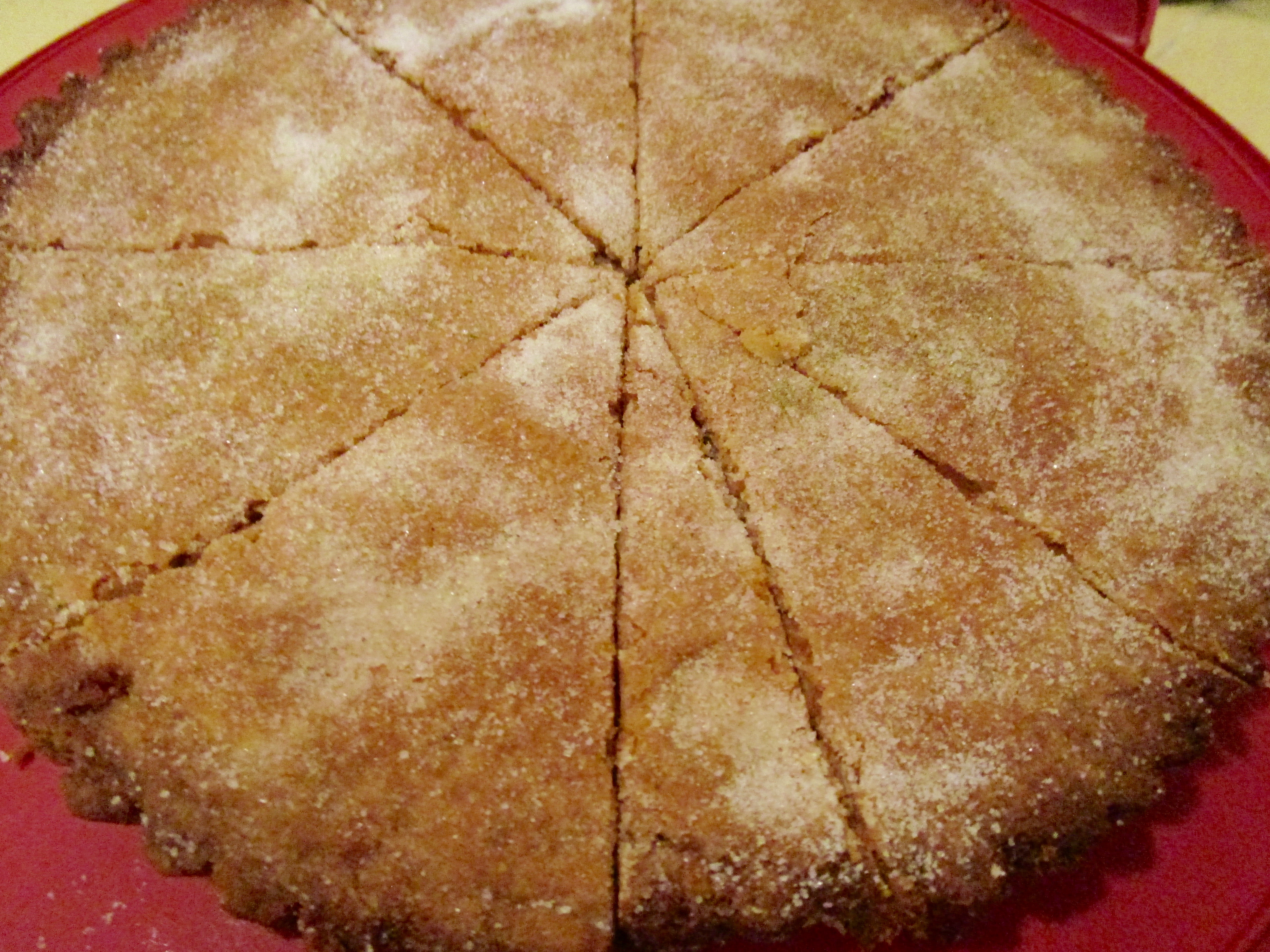 The New York Times’ Rosemary Shortbread is perfect for spring and summer.

Cathy explained she’d learned to spot good recipes, put together menus that are delicious and also manageable in her small workspace. Her response has become my mantra. I can never create recipes nor ‘just throw something together.’ I have neither the food science knowledge or knack for those skills. To be honest, I’ve never “cooked” confidently. 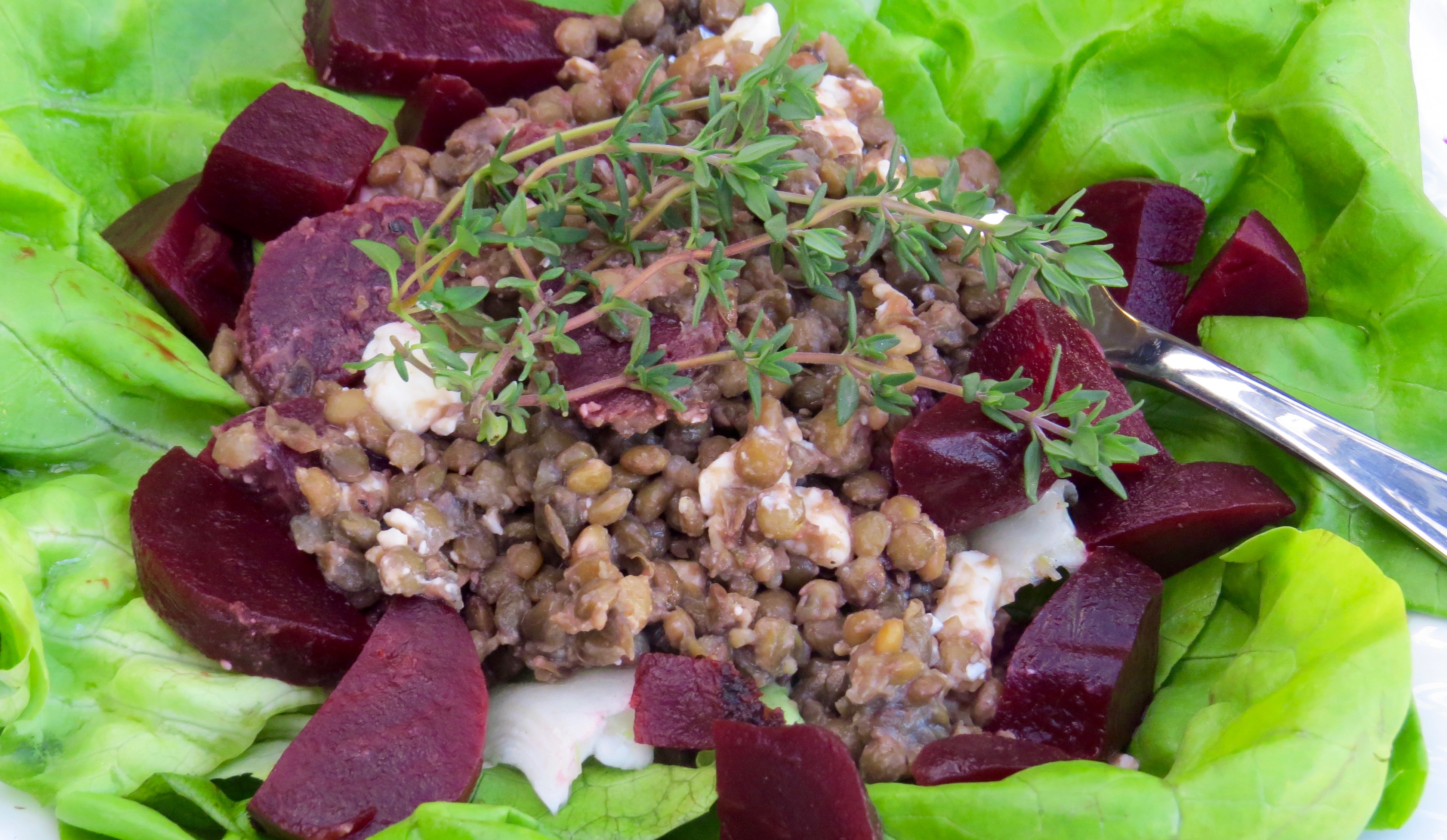 Lentils with Beets and Feta from River Cottage VEG

Admittedly, after five years of writing this blog, a different recipe every week, stirring the pot has become a simpler and more enjoyable chore. Every so often I even go rogue, climb out on that limb, changing up the spices or flavoring. Readers, that’s big. Chemist Jade Barker suggests that “trying a too complicated recipe doesn’t build skill faster. Rather, it’s like starting a diet by buying clothes a size too small. It’s forced and uncomfortable.” (For someone who’s done both, that’s good advice!) 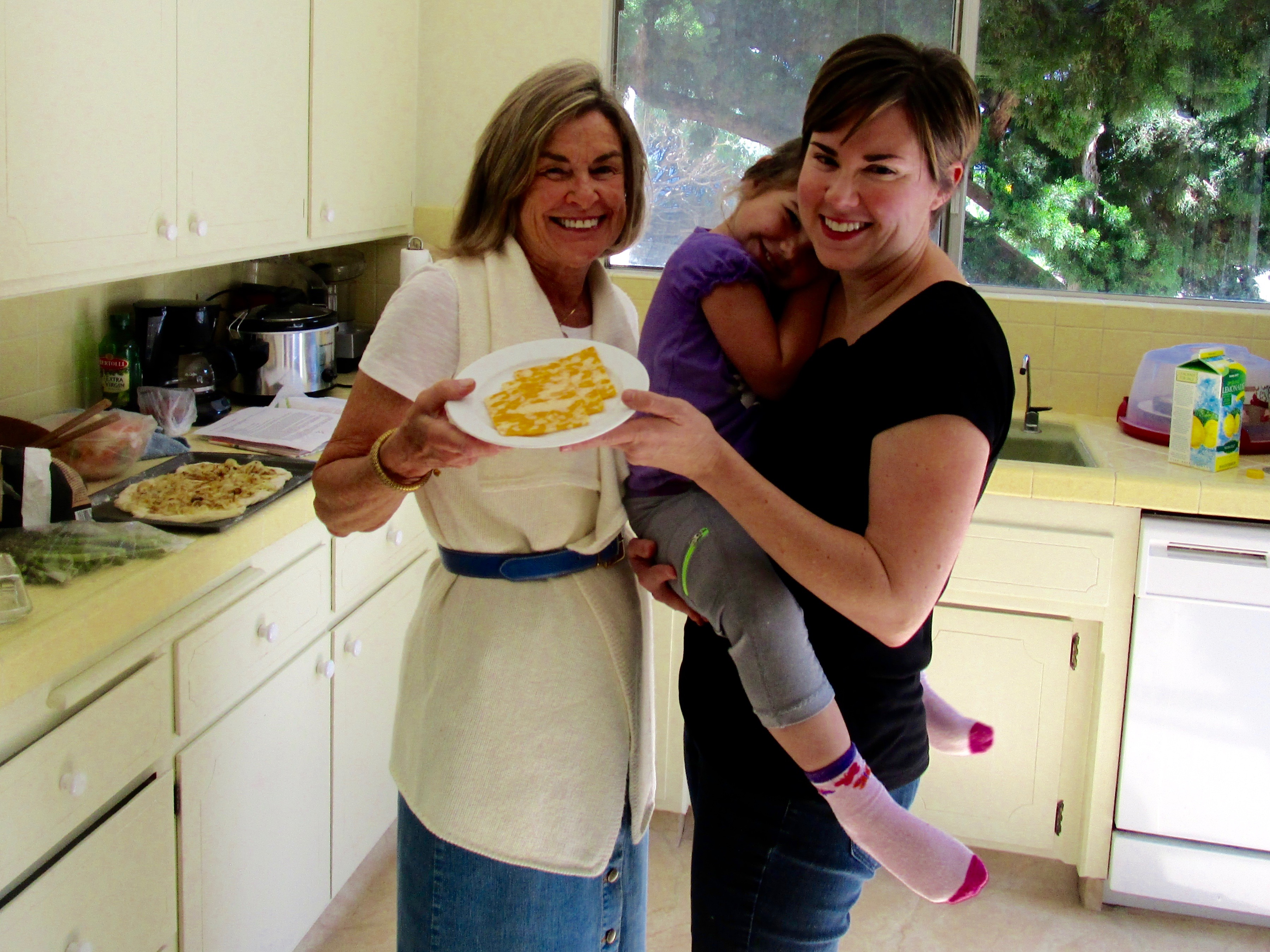 Guess who requested a grilled cheese and french fries with ketchup for lunch.

With a nudge or two from Cathy, here are my 6 tips for making better choices: Choose Recipes…

1. that appeal to YOU;
2. with a comfortable number of easy-to-find ingredients;
3. which use recognizable measurements;
4. where you understand the directions/techniques;
5. which is pan/dish thrifty for less clean-up;
6. that work together, mixing complicated/time consuming with easy and make-aheads. 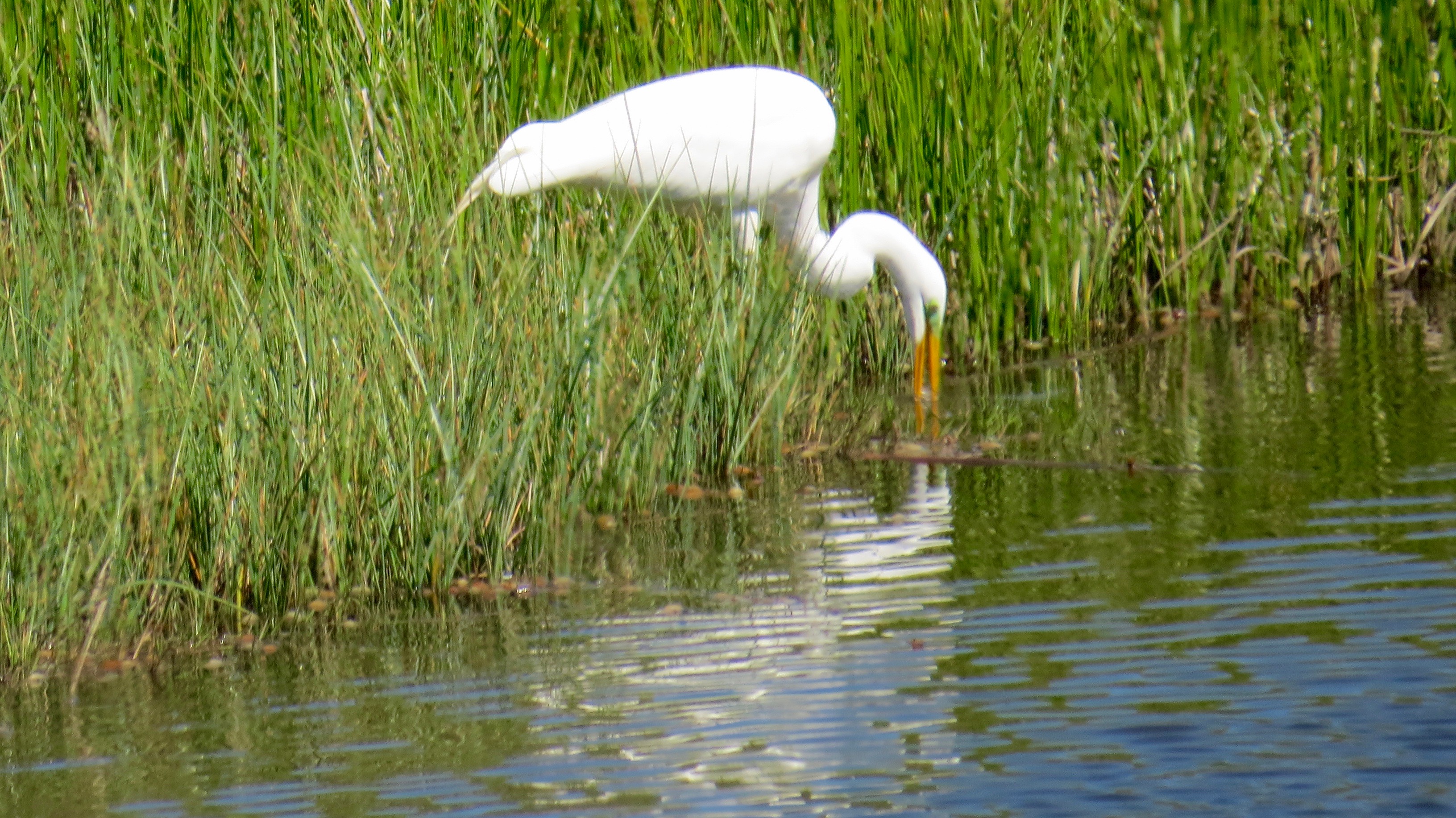 This Great Egret just caught his lunch of choice, some unfortunate aquatic creature.

I consider my five recipes this week as “good picks,” and worthy of any table. After 23 months of cooking through River Cottage Veg, our Cottage Cooking Club has almost cooked-through-the-book. Hugh’s simple and tasty recipes this month, POTATO DAUPHINOISE, ASPARAGUS PIZZA and LENTILS with BEETS and FETA are three I’ll make again. 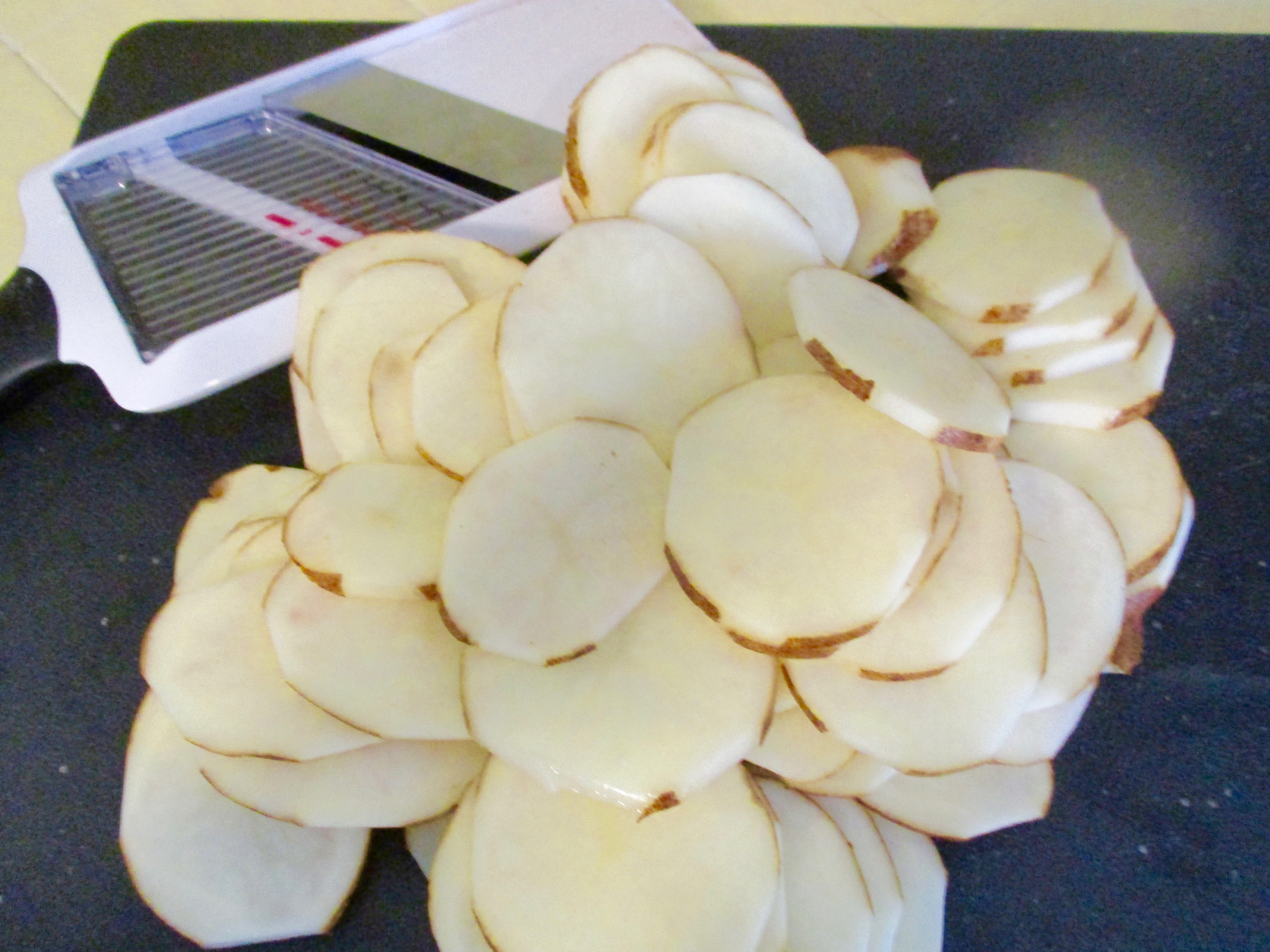 It took 5 minutes to slice the potatoes for the dauphinoise with this safe, inexpensive OXO mandoline.

The Barefoot Contessa’s LEMON and GARLIC ROAST CHICKEN worked nicely with POTATO DAUPHINOISE. The New York Times’ ROSEMARY SHORTBREAD, created by Melissa Clark, adapted by Chris at The Cafe Sucre & Farine, seems too quick and easy for such deliciousness. Melissa baked Bars. Chris, a Tart. I’ve linked to both recipes.

A Shortbread Tip: Cut the shortbread into the desired pieces/slices while it’s still warm. 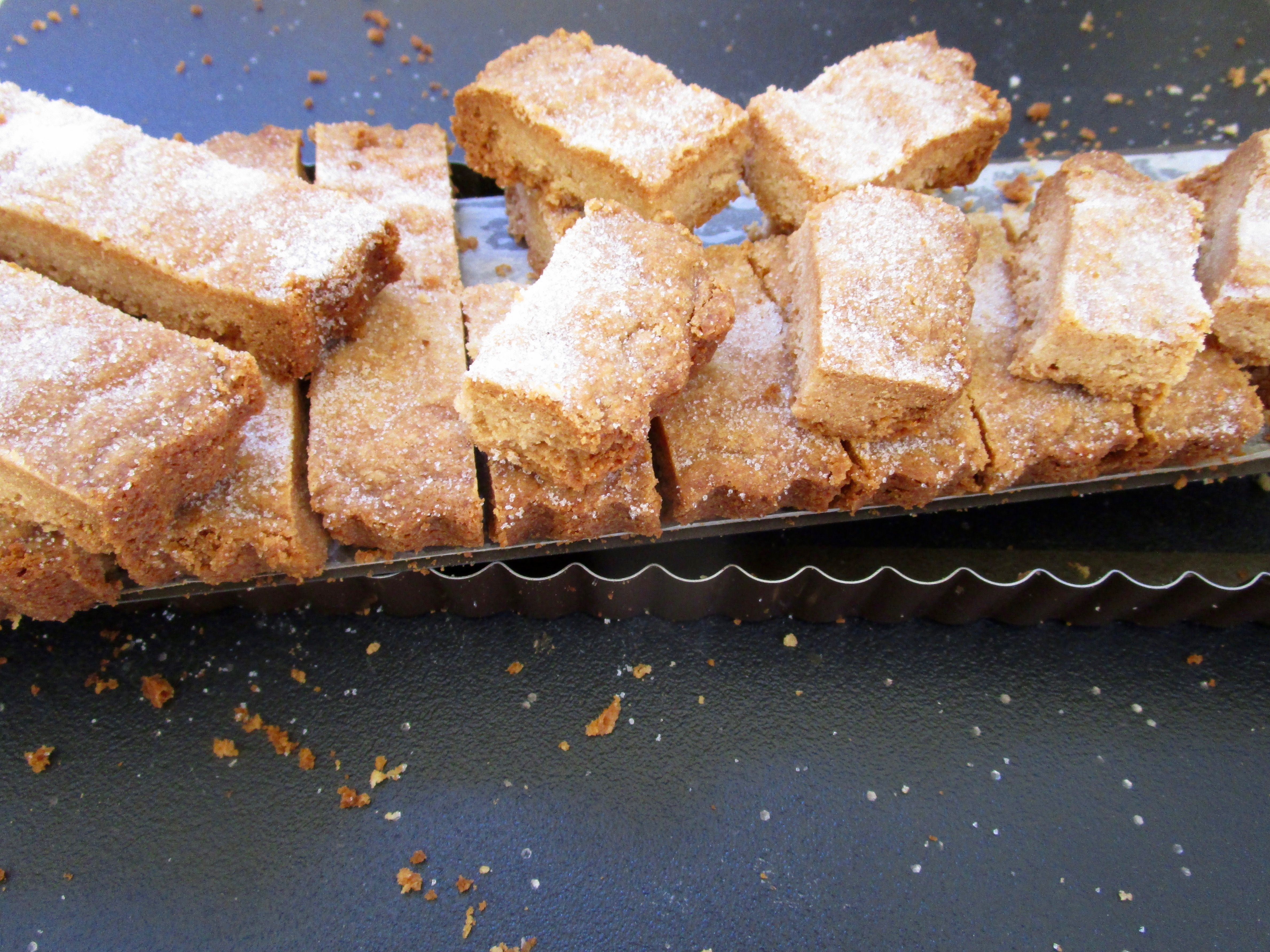 I used my oblong tart pan for these bars but any over-safe container will work.

Enjoy these recipes. Have any of you adopted some tips, have clues to lessen anxiety and have more fun in the kitchen? A penny for your Tips. 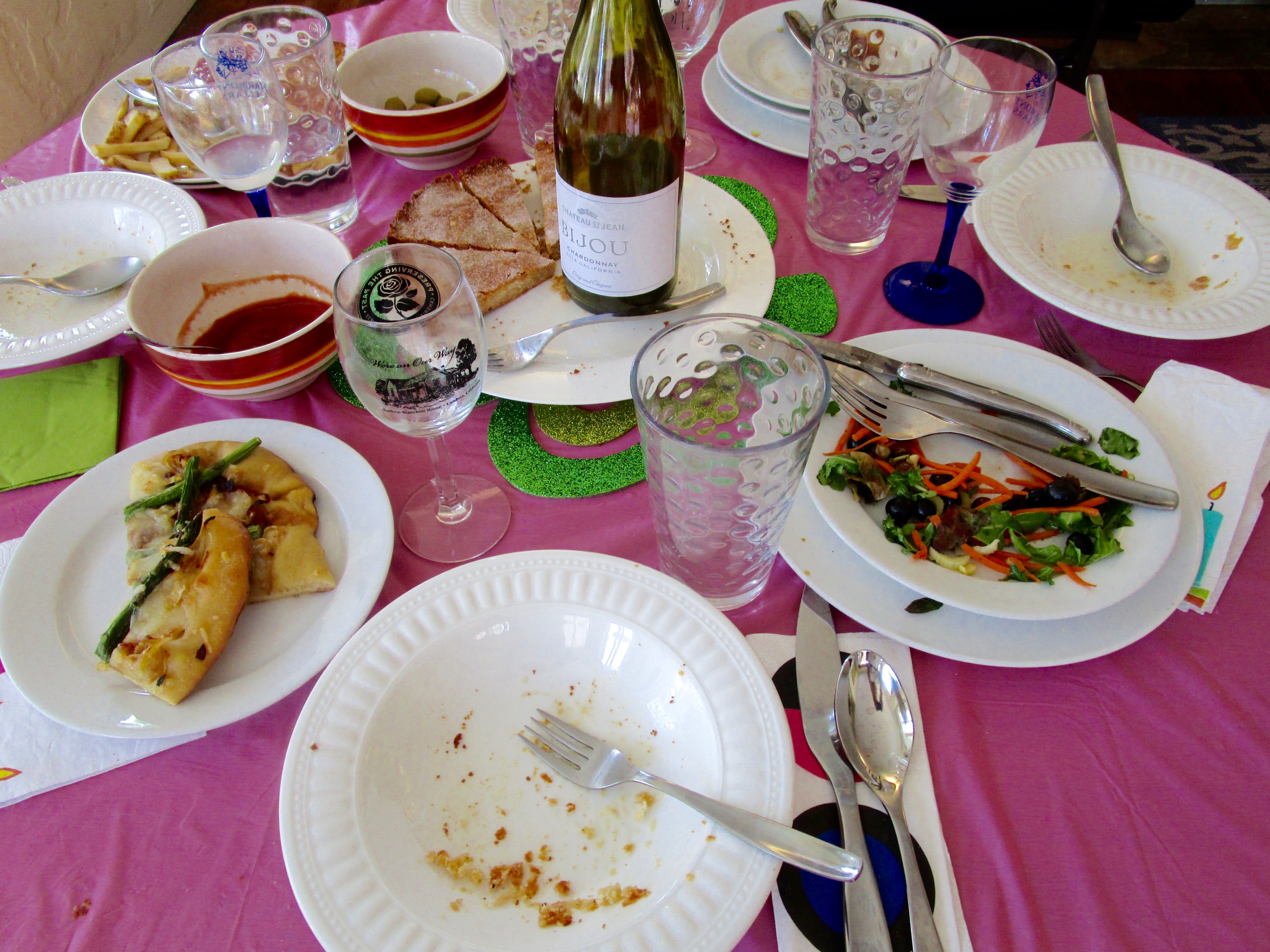 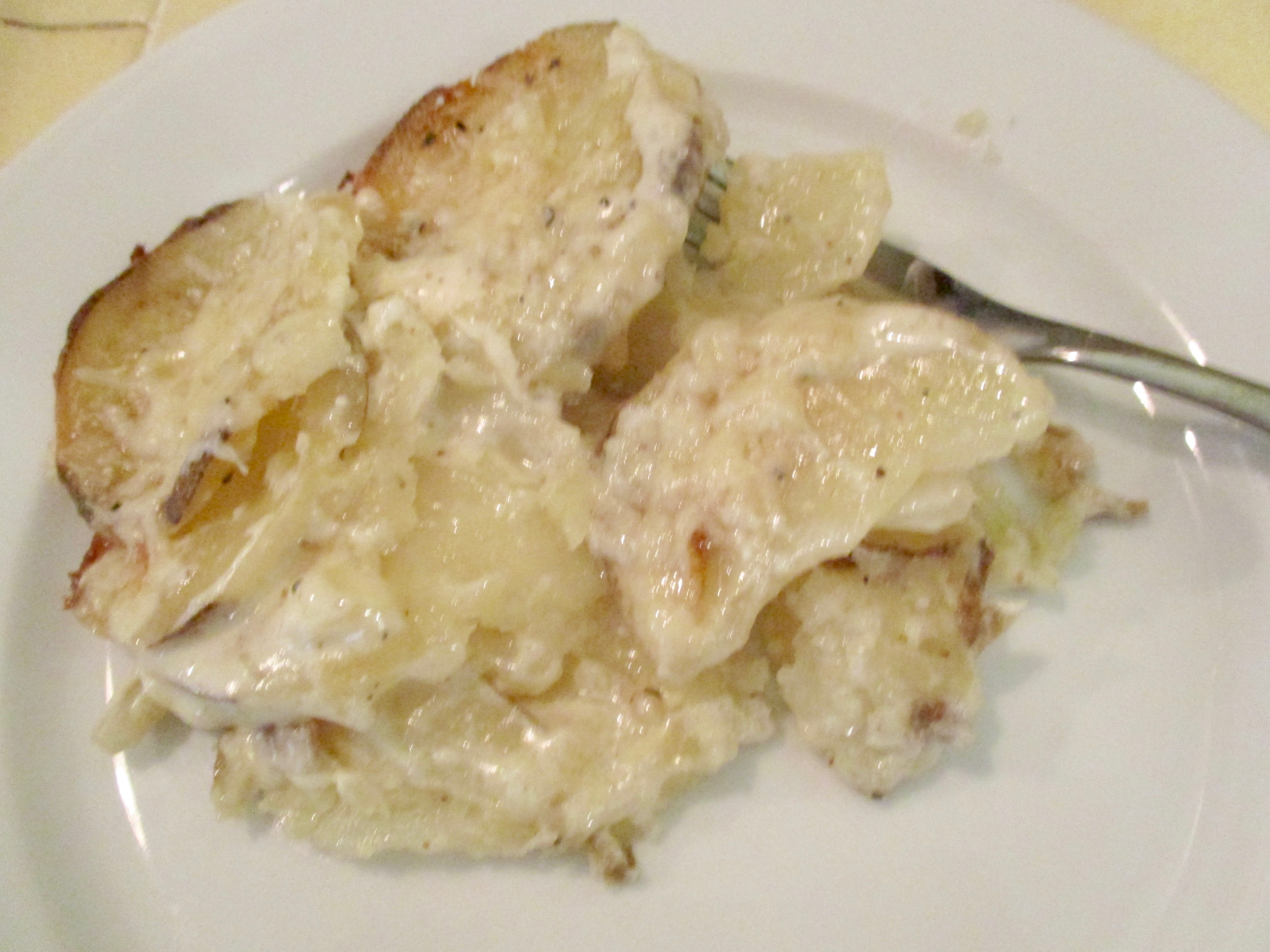 1. Preheat the oven to 325 degrees. Rub a large casserole dish liberally with the butter.

2. Peel the potatoes and slice them thinly, either with a sharp knife or a mandoline. In a large bowl, whisk together the cream, garlic and nutmeg and season well with salt and pepper. Toss the potatoes in the creamy mixture, then layer them in the gratin dish, spreading them as flat and evenly as you can. Pour over any remaining cream.

3. Bake for 1¼ -1½ hours, pressing down with a spatula every 15 minutes or so to compress the potatoes and stop them drying out. The gratin is ready when the top is golden and bubbling and the potatoes are tender.

4. You may want to turn the oven up for the last 5 minutes to achieve a bit of extra bubbling crispness. Leave to stand for 5 minutes or so before serving.

1. Use half potato/ half celery root OR half potato/half turnip to add a new dimension to the dish.

2. You can use half cream and half milk for a healthier version.

3. I halved the recipe and used a smaller ovenproof casserole dish. I also sprinkled parmesan on top at the last moment because I had it. Not necessary at all. Save yourself the calories. 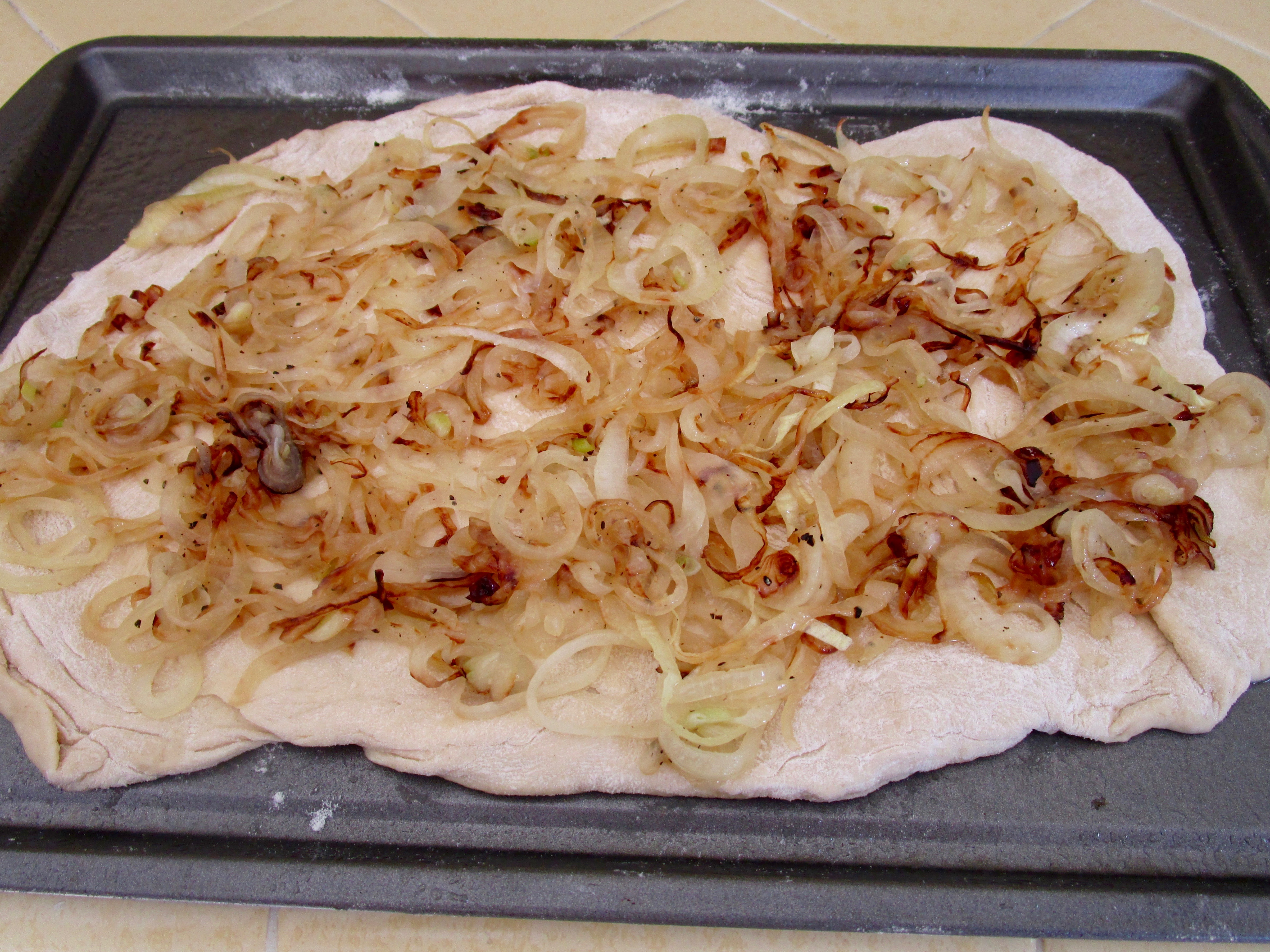 The softened, caramelized sliced onions are this pizza’s “sauce”.

Pizza Dough, Make your own or use store-bought pizza dough.

1. Prepare the dough according to package or your directions.

3. Heat the olive oil in a frying pan over medium heat and add the onions. Once sizzling, decrease the heat to low and cook gently, stirring from time to time, until the onions are soft and golden, about 15 minutes. Season with salt and pepper.

4. Roll out the pizza dough as thinly as you can with a rolling pin and then by hand and divide in half if you wish.

6. Slide the pizza(s) into the oven if formed on a peel, or, if formed on a baking sheet. Bake for 15-17 minutes, until the crust is crisp, the edges browned, and the asparagus tender. Check your pizza often after 12 minutes.

TIP: Roasting asparagus on top of the pizza in a very hot oven makes it deliciously tender and a bit caramelized also. If you have thick spears, cut in half lengthwise…..Hugh

Dress warm lentils with olive oil and some balsamic vinegar and toss with wedges of roasted beets and cubes of feta or goat cheese. To make a quick version of this salad, I used steamed lentils from Trader Joe’s (or, any grocery store) and pre-roasted beets sealed in vacuum bags. 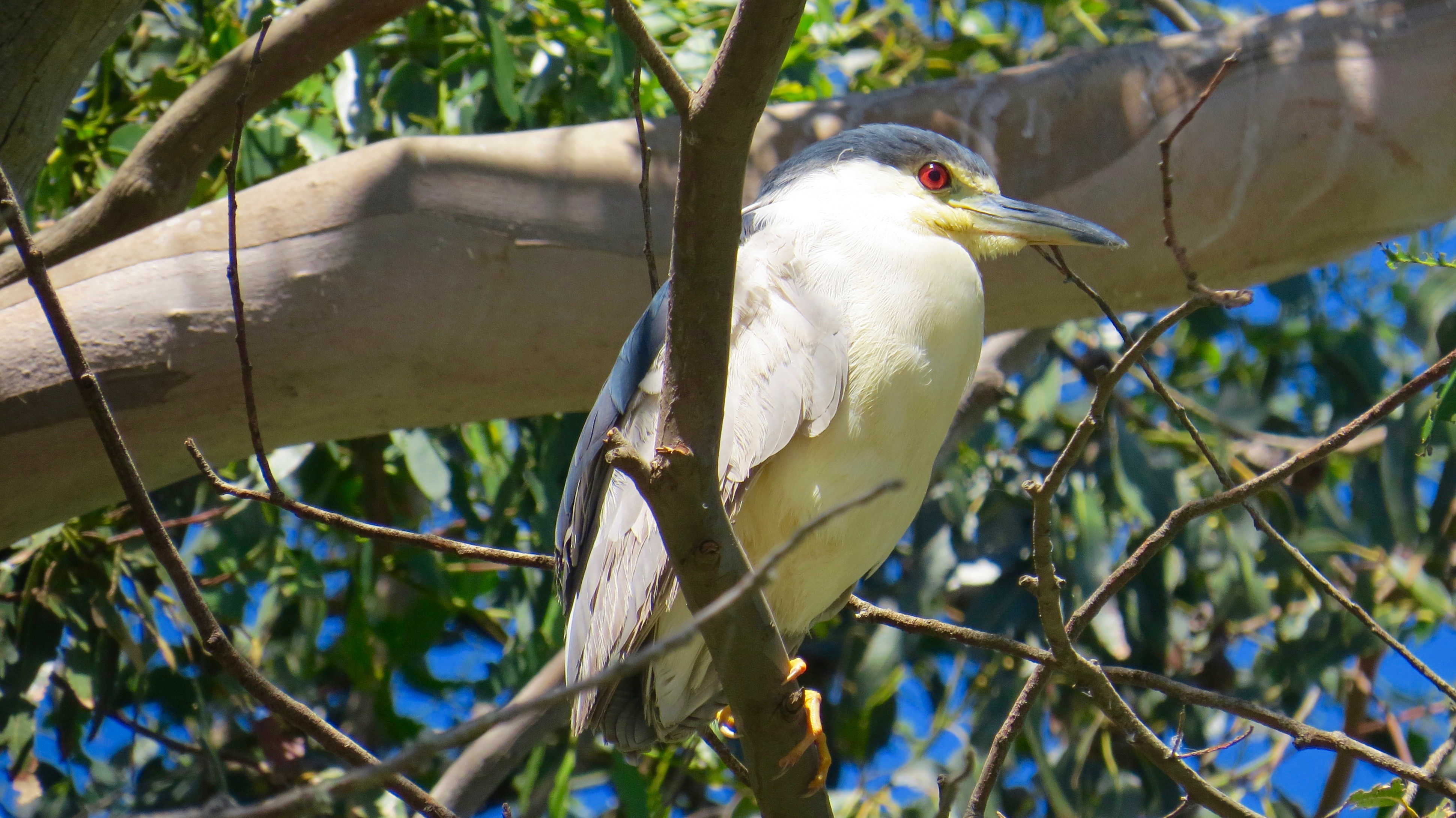 The Black-crowned Night Heron hangs out during the day and forages at night.

Cottage Cooking Club is an international on-line group. led by Andrea Mohr of The Kitchen Lioness, which is cooking through Hugh Fearnley-Whittingstall’s River Cottage Veg. If you’d like to join us as we explore more of Hugh’s cookbooks, go here.