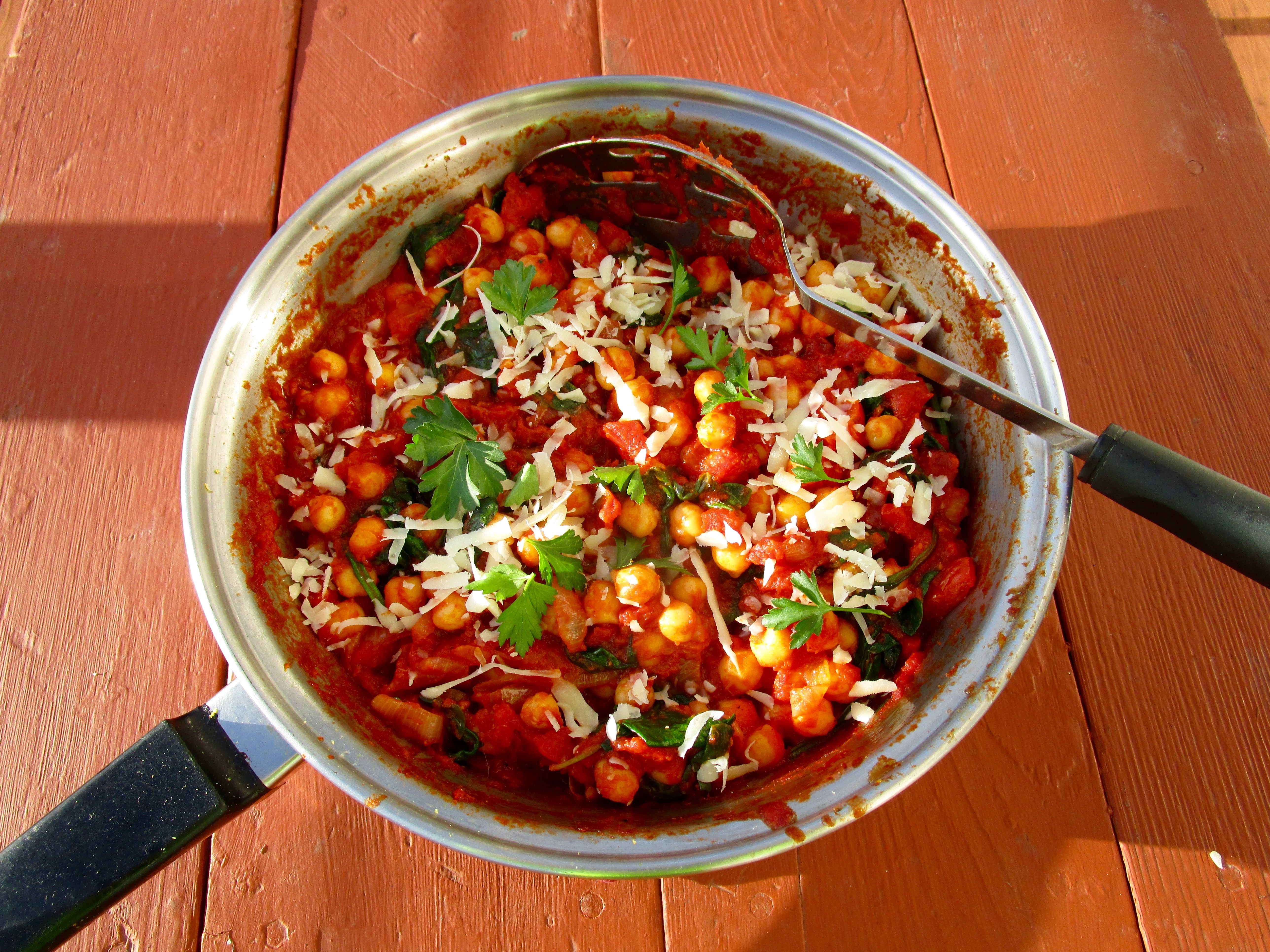 My end-of-month post is often a favorite since I’m meeting unique recipes and buying ingredients that have never graced my pantry. Michael was a meat and potatoes, Oreo cookies, chocolate marshmallow pinwheels and Häagen-Dazs guy. If there was a bag of Snickers around, hip, hip hooray. He did love spinach, if it was creamed, but other veggies, not so much. And, pass on those salads. 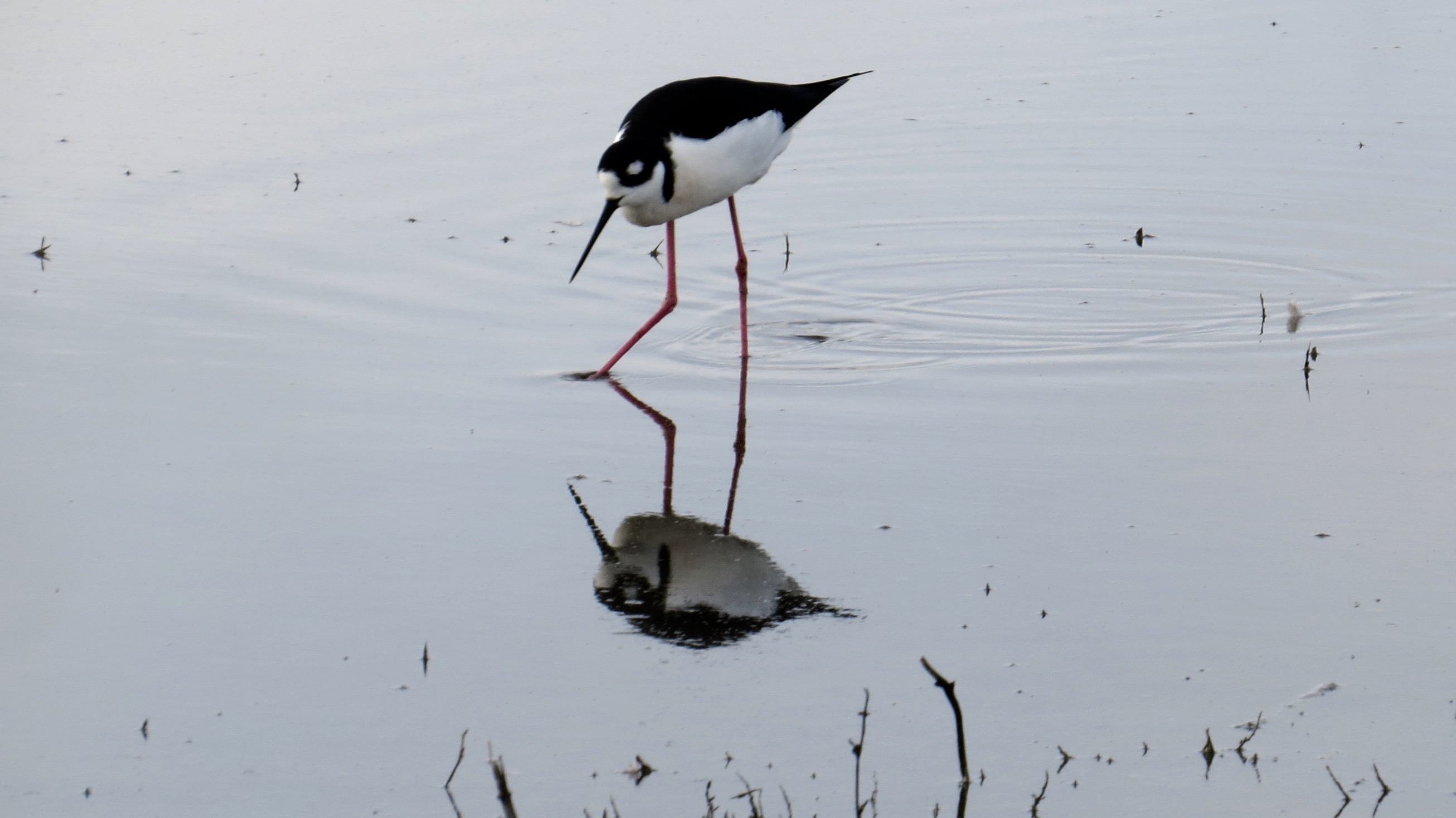 Hundreds of Black-Necked Stilts find the food plentiful at the Merced Wildlife Refuge , part of the San Luis Refuge Complex. 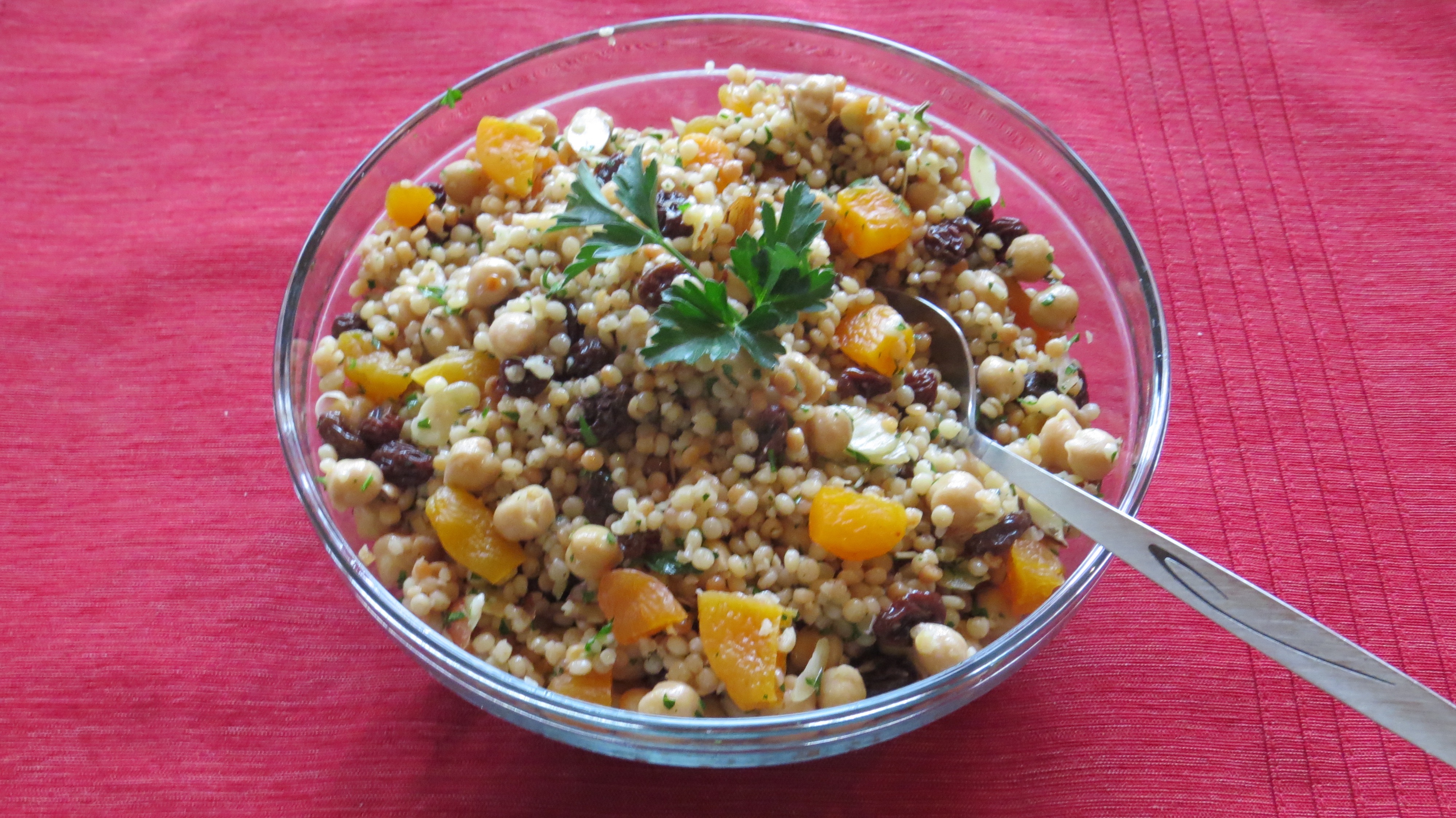 This week’s CCC recipes include Chickpeas and Spinach served over Spaghetti Squash. Cumin and chile (fresh or dried), provide the kick. Using Cumin again, I added coriander and cinnamon to pull together Moroccan-spiced Couscous. Dried fruits, toasted nuts and chickpeas mixed into couscous is a delightful lunch or lovely side. Spaghetti squash, to me, may be the Jim Carey of the squash world. It’s hilarious and we’ll return to it later. 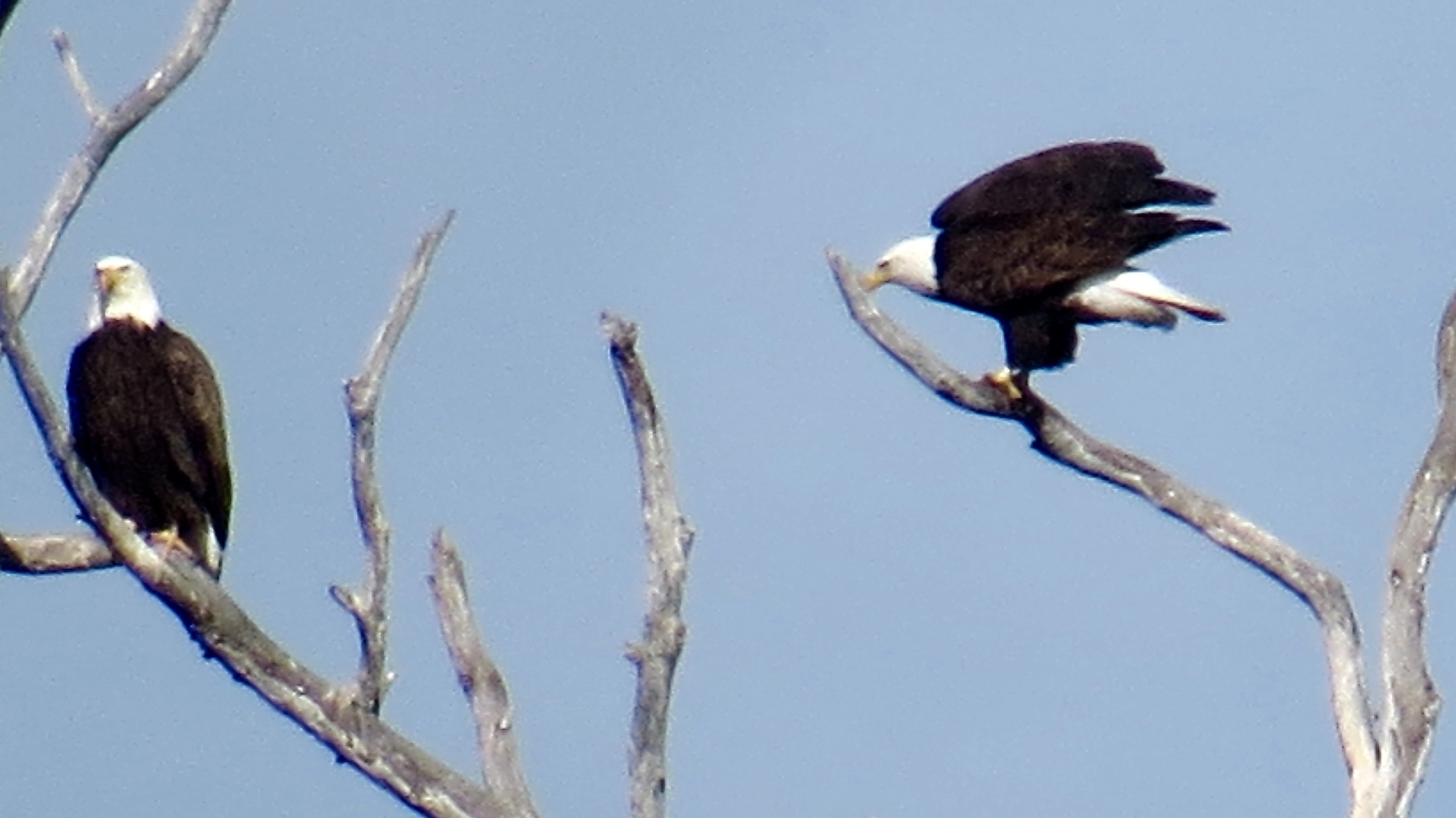 Over the Martin Luther King holiday week-end I attended the 20th annual Morro Bay Bird Festival. Although rain dampened some field trips, this is a wonderful year for Central Coast birds. Thank you, El Niño. With a predicted two-day sunshine break, I jumped in the car last Wednesday and headed for the San Joaquin Valley, the state’s top agricultural producing region. It’s also where the San Luis Wildlife Refuge complex, 45,000 acres of wetlands, grasslands and riparian habitats, as well as over 90,000 acres of private conservation easements for the protection and benefit of wildlife, is located. 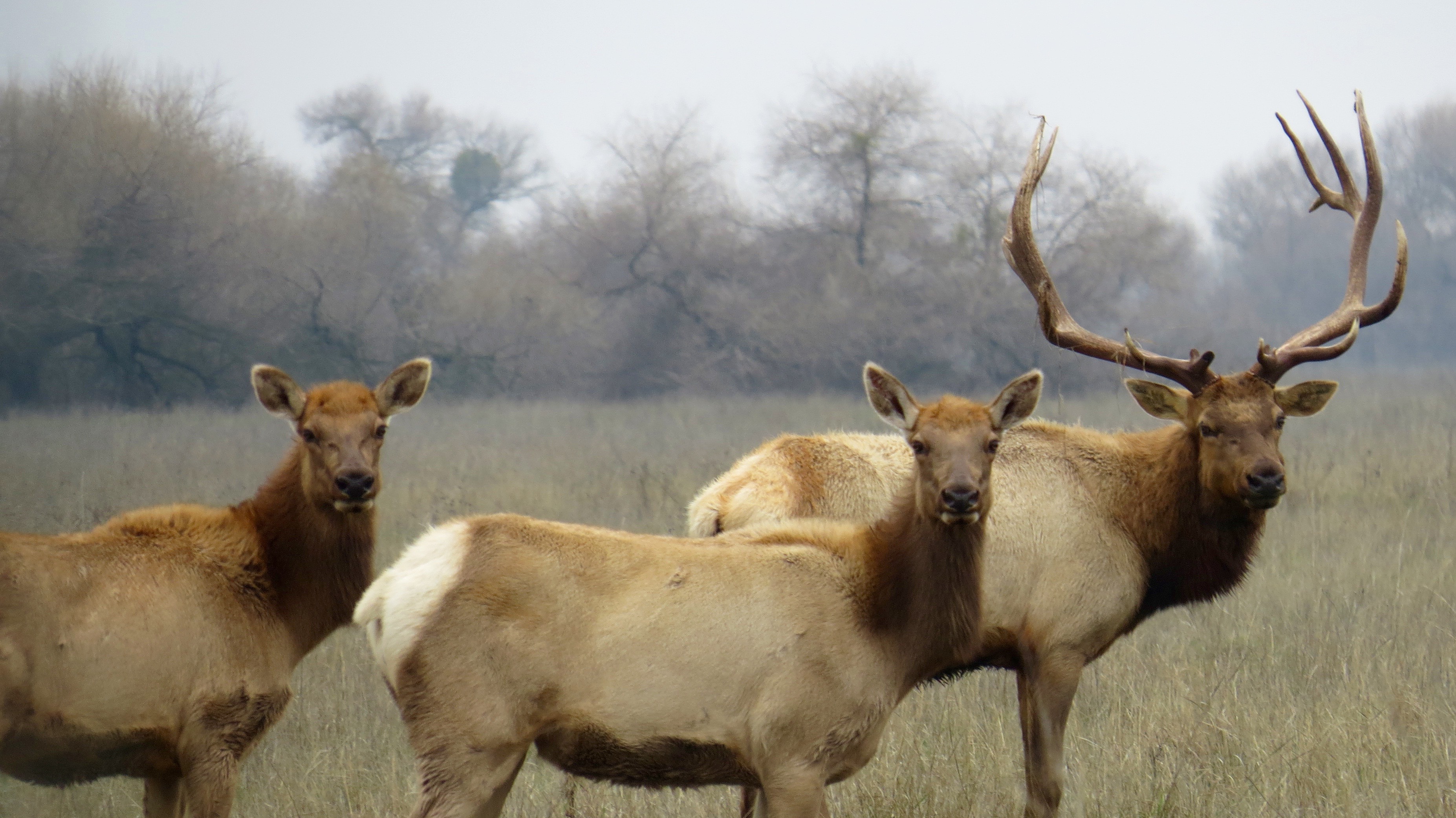 The Tule Elk, a non-migratory elk found only in California, went almost extinct in the early Seventies. Today a herd is protected, lives at the San Luis Wildlife Refuge and is thriving. 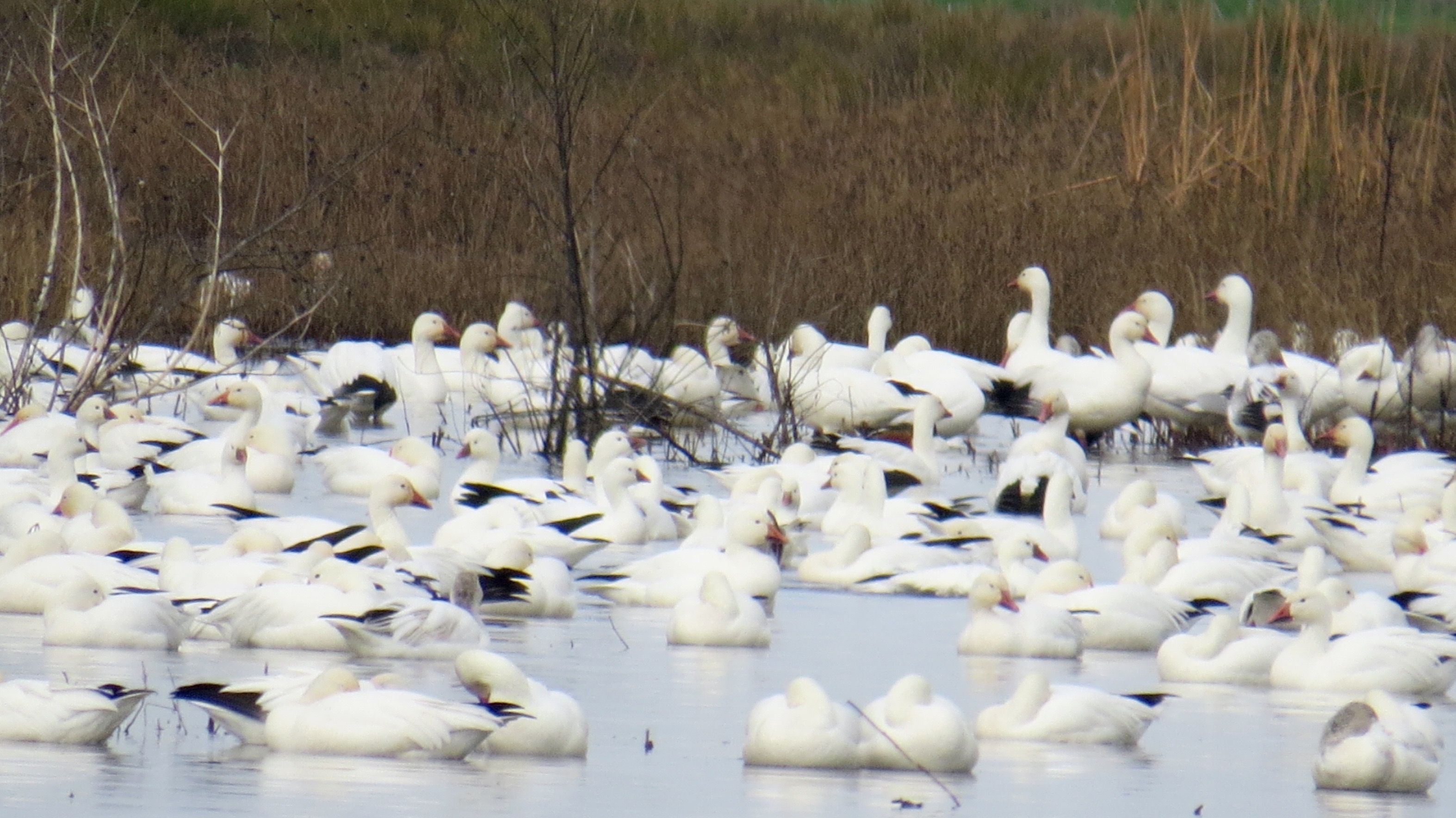 Not knowing what to expect, I was unprepared for this natural world theatrical extravaganza, The Refuges play host for 6 months to more than 20,000 lesser Sandhill cranes, 60,000 arctic-nesting geese and swans who migrate along the great Pacific Flyway to mingle with thousands of other visiting waterfowl and shorebirds. My, it’s noisy! I stayed in nearby rural Los Banos and, surprisingly, enjoyed some of the best lasagna I’ve ever tasted at M&M Restaurant owned by the six Munoz brothers. 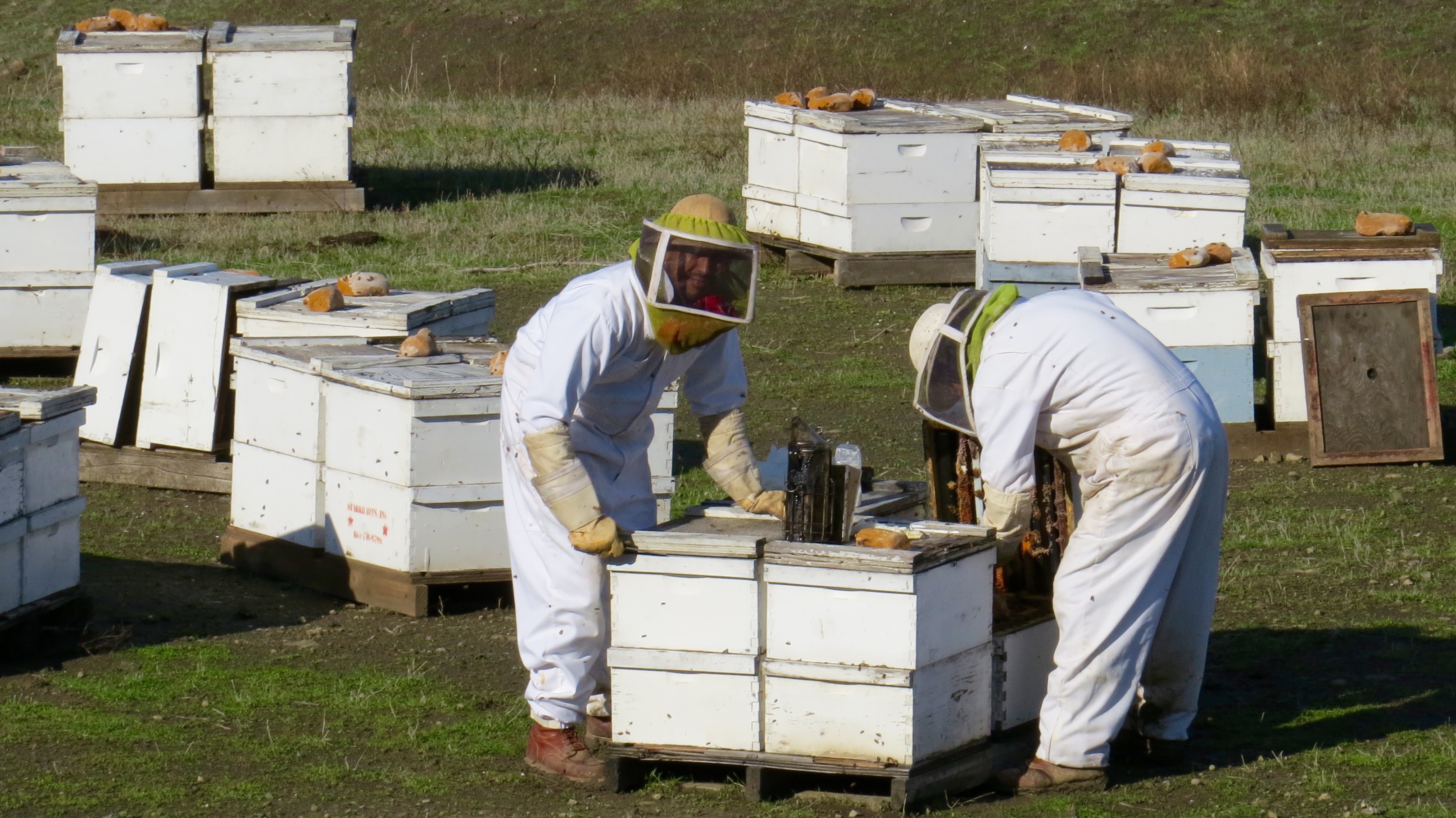 Sprinkled throughout my Central California coast driving adventure last week were thousands of stacked and nondescript white boxes which are visible from the highway. They contain honey bees.Though not image inspiring, I found their story to be incredibly inspiring. The bee hive boxes are trucked here to spend a warm winter before almond pollination begins. In total, 1,800,000 hives are estimated to be in California (54 billion bees) now. These beekeepers allowed me to take pictures and ask questions. Since bees were swarming outside the boxes also, I didn’t linger. 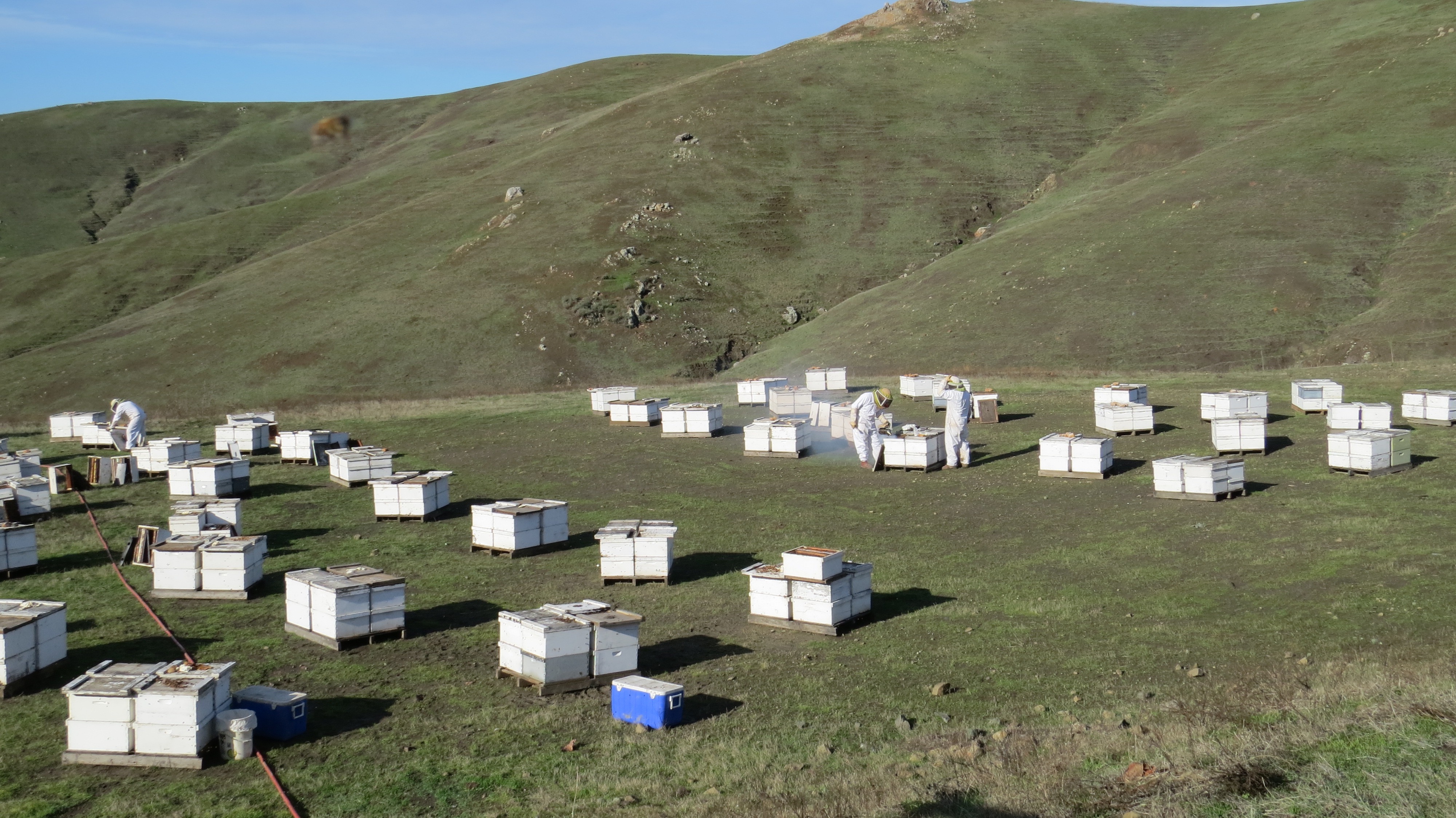 Hopefully you will not only enjoy these recipes but also some photos from my last two weeks’ adventures. 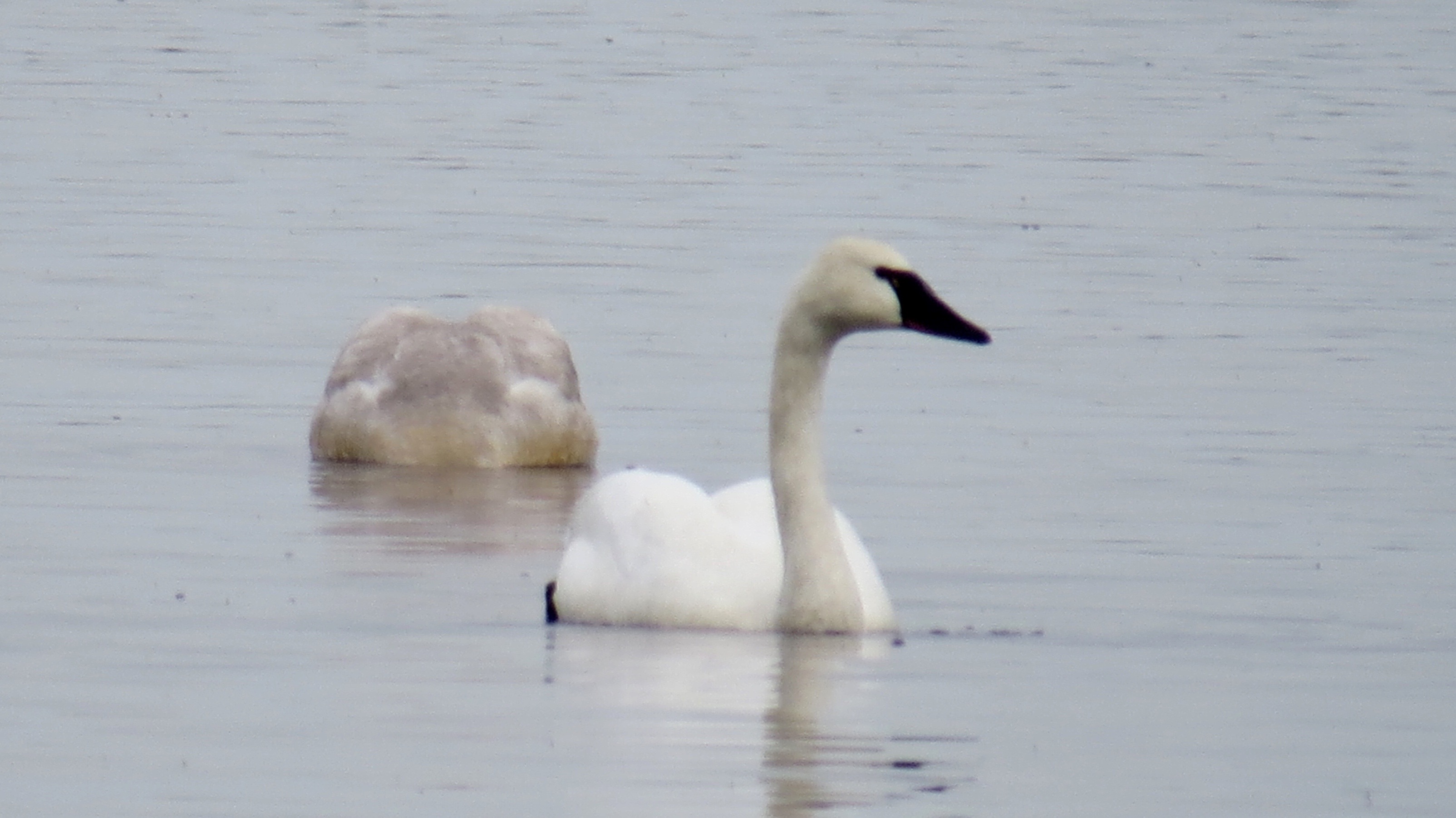 A Trumpeter Swan. The “rock” in the background is a juvenile swan eating. 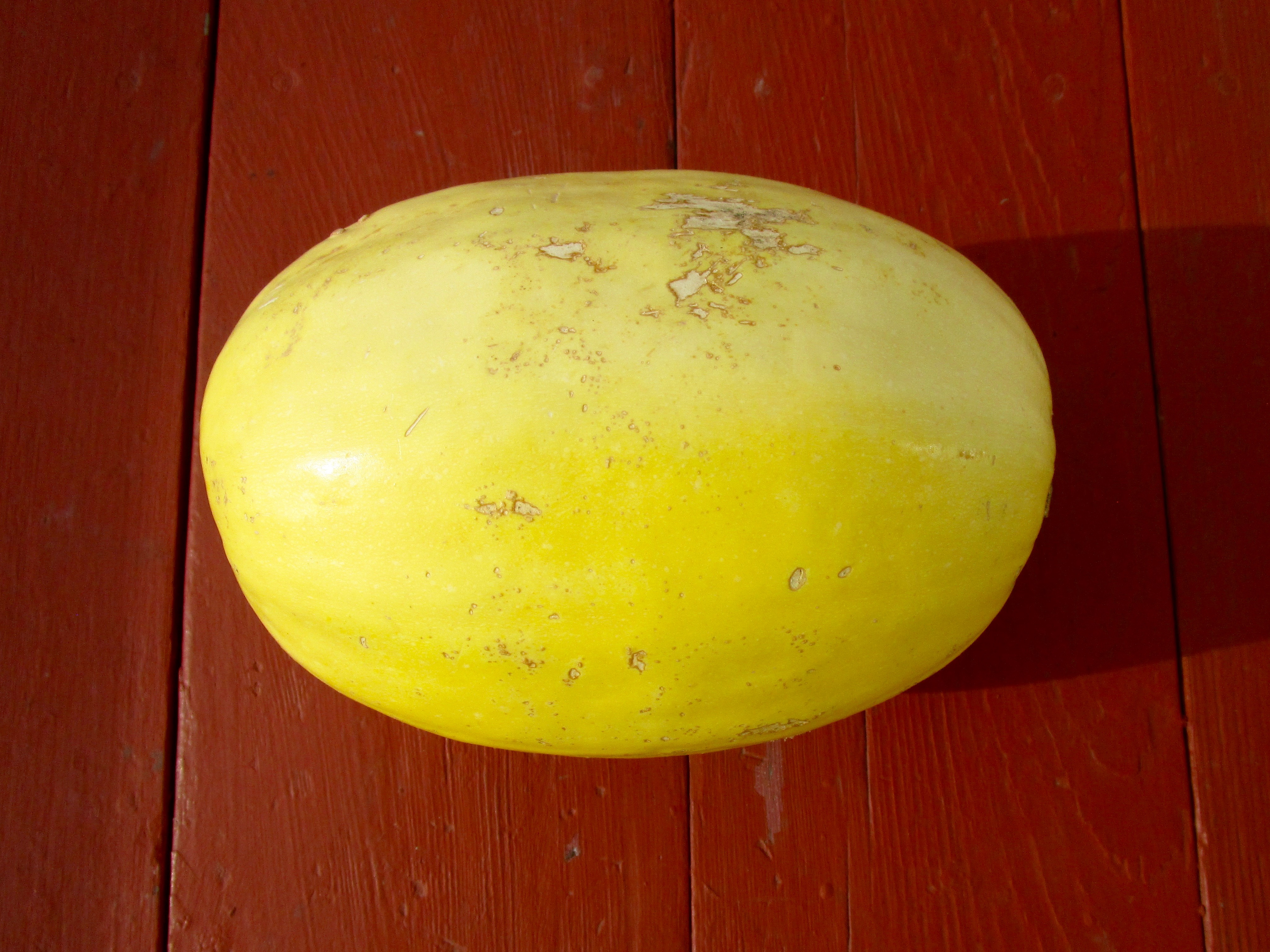 Aren’t you surprised that spaghetti squash isn’t more popular? Yes, it’s difficult to entice kids to willingly try different vegetables but sometimes we raise their expectations. At first bite, peas aren’t delicious. They’re mushy and stick to the roof of your mouth. It’s not really necessary to ever like cooked carrots if you prefer raw. And, spaghetti squash is not pasta although it looks like pasta. Throw Marinara sauce and a juicy meatball on top and it still tastes like squash. Start slowly, with butter, salt, pepper, a squirt or two of lemon….. 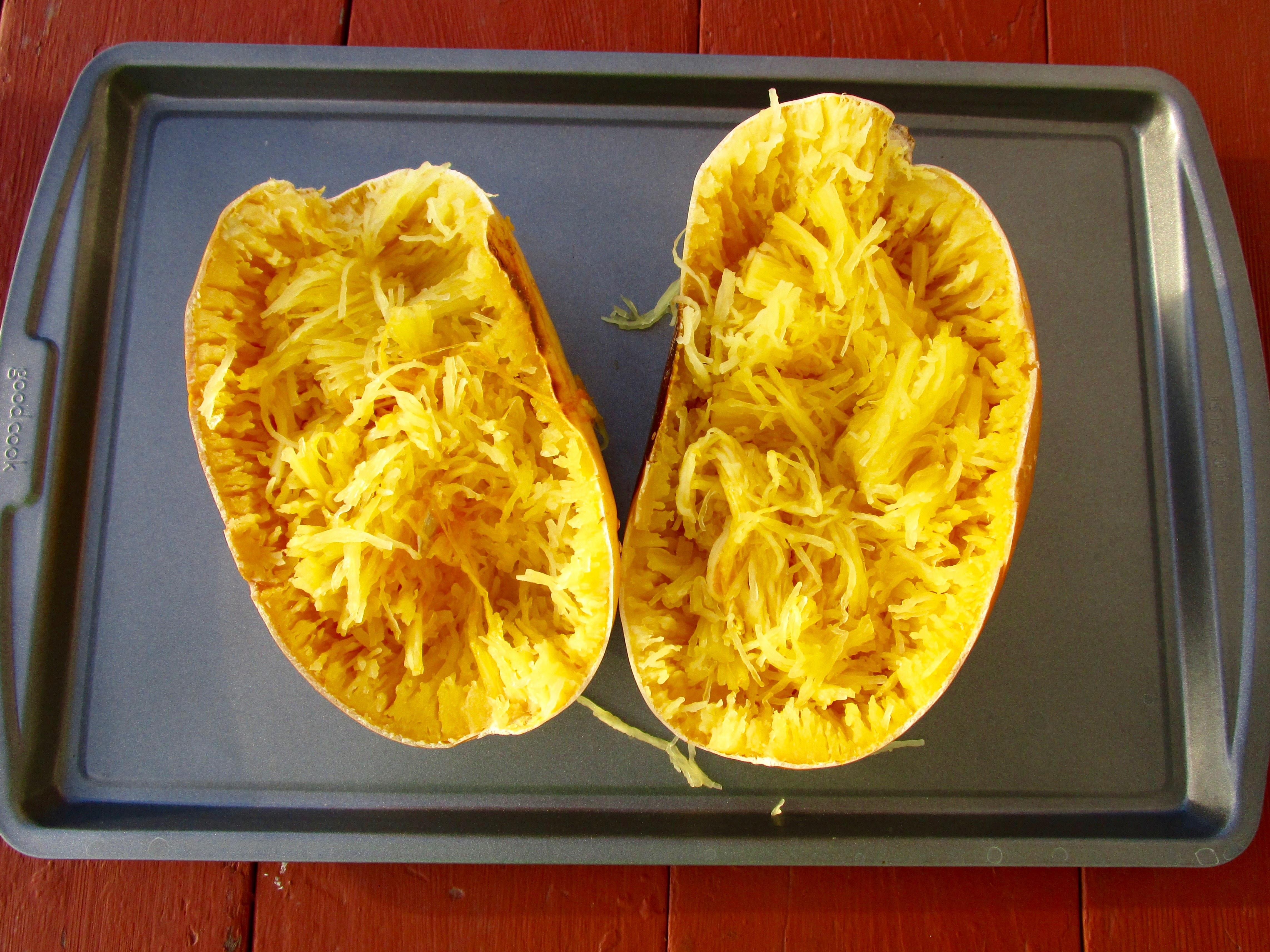 It may be magic but it’s
still squash!

1.Preheat the oven to 400 degrees.
2. Put the whole spaghetti squash into the oven.
3. Bake for 40-45 minutes. When it is easily pierced with a fork, remove, and let cool enough for handling
4. Cut in half, diagonally.
5. Using a spoon, remove the seeds. Then, with a fork, scrape the flesh under the seeds 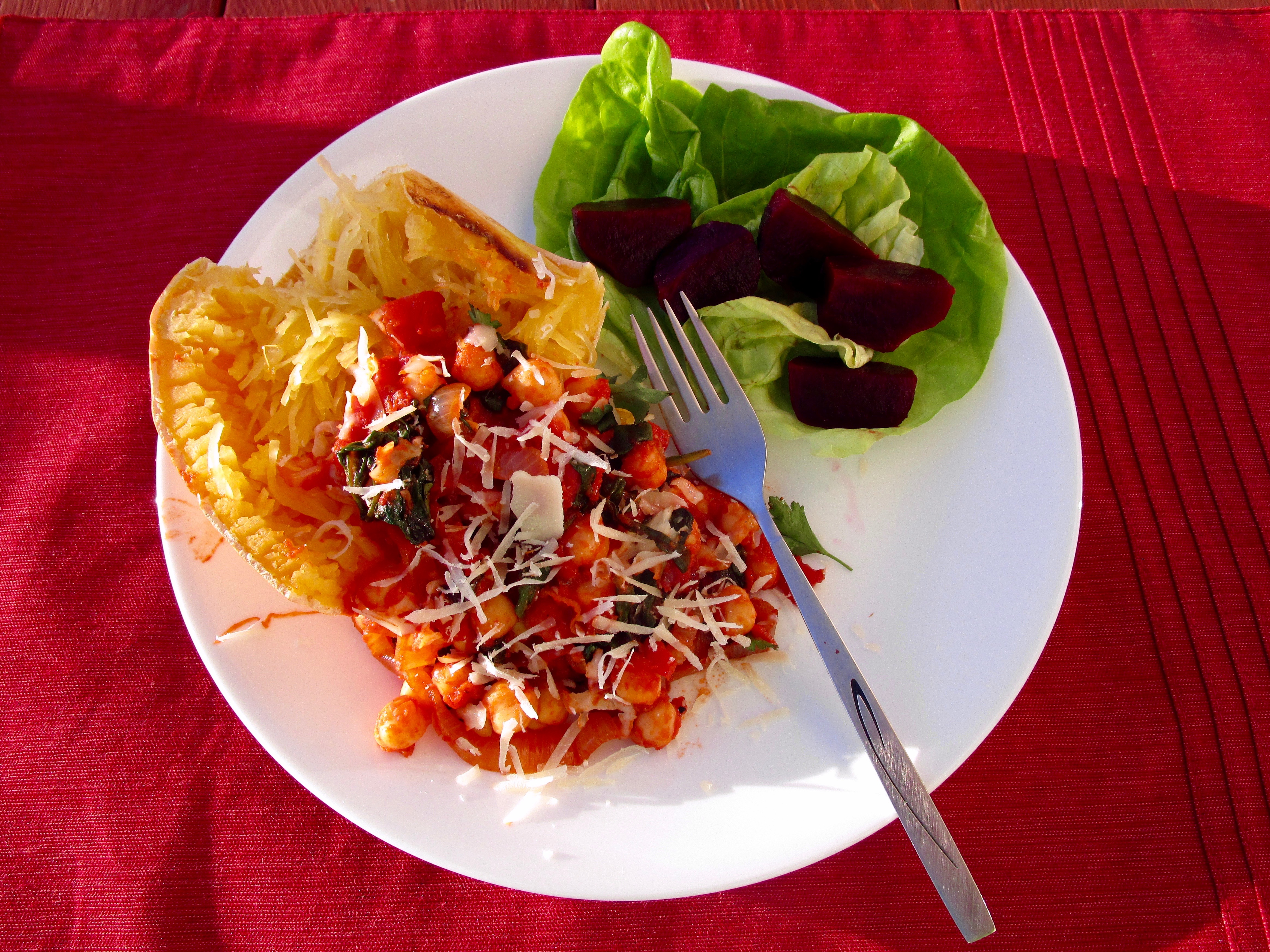 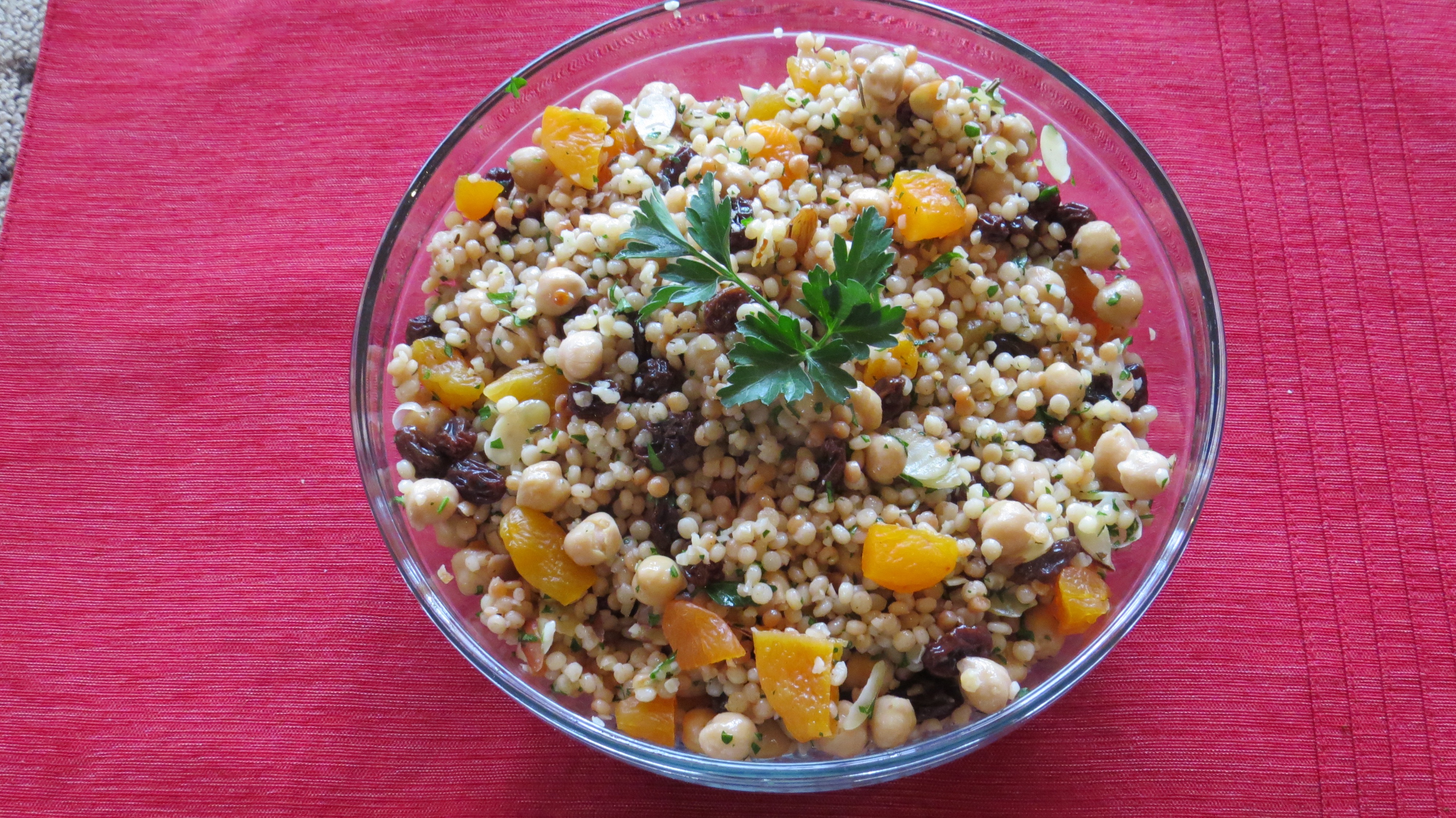 If you want either of Hugh’s recipes, let me know. MH